10 Old Hollywood Celebrities Whose Beauty Is Actually Not That Natural

19 Times People Got an Oddly Satisfying Result Without Even Trying

15+ Photos That Prove Our Grandparents Are Wildly Awesome

Why Letting Your Child to Have a Good Cry Is Necessary

19 Animals That You Can’t Wait to Pet, Feed, and Snap a Photo Of

20+ Cool Places We’d Love to Visit, Even Just for a Day 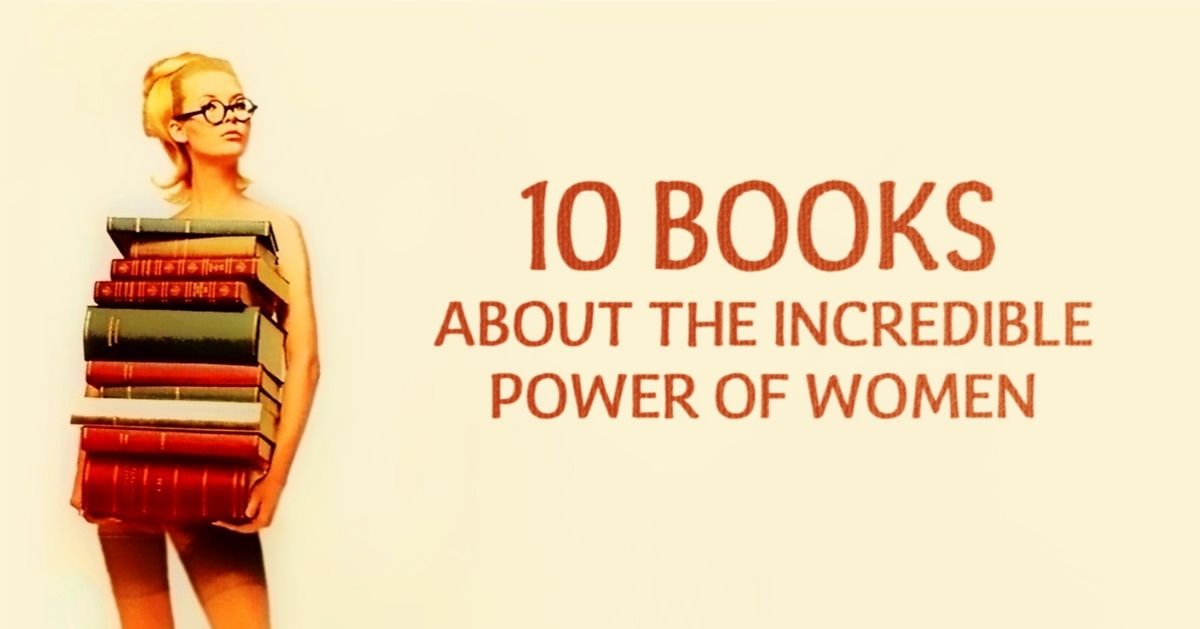 10 books about the incredible power of women

This word ’woman’ holds a lot of feeling, emotion and meaning. Women can go from tender and caring to capricious and stubborn, then back to kind and empathetic — but through it all, two things are unchanged: their strength and their patience.

Bright Side admires women and their daily exploits. Today we bring you a selection of books about the struggles and resilience of the fairer sex.

’Desert Flower: The Extraordinary Journey of a Desert Noma’

Waris Dirie and Cathleen Miller
A life story of an internationally renowned Somali fashion model, Waris Dirie reveals the brutality and irrationality of primitive customs still existing in a modern world. In 2009, the book was adapted into a movie by the same name.
Buy

Svetlana Alexiyevich
We are used to thinking that war is a man’s business. This book makes you realize that a great part of it also belongs to women who have fought and survived inhuman conditions.
Buy

’Life in a Jar: The Irena Sendler Project’

Jack Mayer
It’s a true story about a real act of heroism by a young Polish woman named Irena Sendler. After getting access to the Warsaw ghetto, Irena organized a rescue network of fellow social workers to save thousands of Jewish children from certain death. Sendler was repeatedly tortured and eventually sentenced to death.
Buy

’Frida: A Biography of Frida Kahlo’

Hayden Herrera
The book follows the vivid and amazing life of the Mexican artist, an unforgettable person who survived many physical hardships. With her eccentricities, die-hard romanticism and progressive views, Frida Kahlo occupies the minds and hearts of people all around the world even after half a century.
Buy

’The Dawns Here Are Quiet’

Boris Vasilyev
Cruelties and injustices of war fill up this touching story. It seems like only yesterday these five young girls wore pretty dresses and elegant shoes, but today they have to turn into soldiers. This is true heroism in the name of your country and also a striking example of WWII womanhood.
Buy

Suzanne Collins
This hit trilogy shows the world of 16-year-old Katniss Everdeen, whose will-power and courage shine from the very first pages. It’s a story of strength, bravery and the will to live. It’s a story of a simple girl who grows into a hero.
Buy

Ayn Rand
Dagny Taggart, the main character of the novel, fights for her ideals and remains true to her principles to the end. The only woman in a company of men, Dagny is not just their equal, but she actually towers above them thanks to her intelligence, courage and hard work.
Buy

’The Girl with the Dragon Tattoo’

Stieg Larsson
As early as in her teens, Lisbeth Salander was found mentally unstable by a Swedish court. She is an asocial person of iron will, who is full of inner strength and has a brilliant mind. All of this makes for a bright personality, making readers fall in love with the heroine right from the start.
Buy

Kathryn Stokett
Here we get three strong women in one story. Restless and daring maid Minnie, kind-hearted Aibileen and a young journalist nicknamed ’Skeeter’ are all tired of racism and unfair treatment. In a desperate act, the women decide to tell the world the truth about how black maids were subjected to harassment and humiliation while working in white households.
Buy

’Gertrude Bell: Queen of the Desert, Shaper of Nations’

Georgina Howell
She’s been called a ’true daughter of the desert’ and ’the queen of the east’. An amazing woman, traveler, writer, archaeologist and intelligence officer, Gertrude Bell left us exhaustive notes and diaries of her incredible adventures, which formed the basis of this book.
Buy