© 2014–2022 TheSoul Publishing.
All rights reserved. All materials on this site are copyrighted and may not be used unless authorized by the Bright Side.
8-142

15 People Who Have Received an Extra Gift From Mother Nature

Why You Should Change Your Mattress Every 6 to 8 Years

An Artist “Disneyfies” People’s Pets, and Your Furry Friend Can Become a Cartoon Character Too 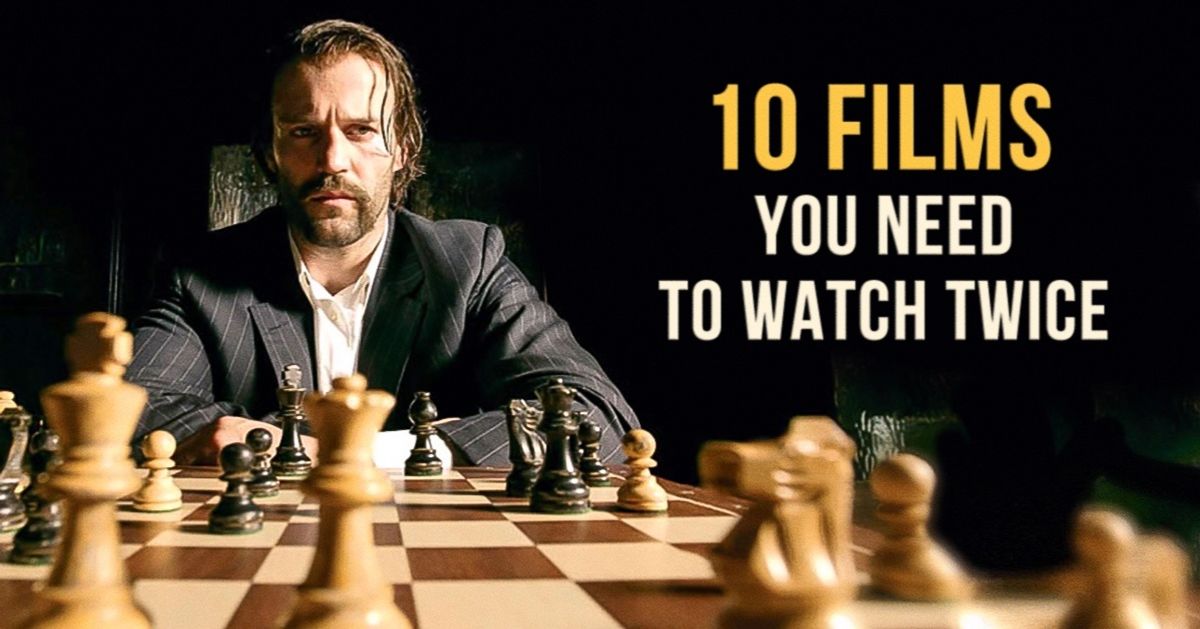 10 films you need to watch twice

The more complicated and twisted the movie's storyline, the more attention it grips from the very first minute and the more fascinating the film. Detective stories, thrillers and science fiction tend to be the kind of films which always have unexpected twists and turns, making the audience go through a maze of plotlines.

Get ready to rack you brains. Bright Side has collected a list of some of the best plotlines around.

Extremely intricate, futuristiс action about gangsters who learn to send people they want to kill back into the past. Looper, like any other film about time travel, possesses its own tenuous logic, but you'd better not think too much about it. Just watch and enjoy.

The film is about the pieces, fragments and small parts which form a whole. An untrained or inexperienced audience can simply get lost taking into account every clue to complete a puzzle. This movie keeps you on your toes from beginning to end. The questions arise early, but it's the reason why so many people like the film.

Guy Ritchie challenges the audience to deal with complicated problems. One must solve the ongoing task to proceed to the next one. While you are thinking about the reasons for the hero's behavior, you can easily let another puzzle pass unnoticed. Thus, one after another, the number of unsolved problems will increase.

During a training exercise at a U.S. military base in Panama, an accident happens and a team of trainees and their tyrant instructor disappear. Two survivors give contradictory testimony. The case becomes more and more sophisticated. Do you like puzzles? Do you like intricate plots with plenty of twists and turns? If so, this film is a must see.

Caroline Ellis, a 25-year-old, becomes a caregiver at a huge house somewhere in Louisiana. She looks after Benjamin Devereaux, who is an invalid and the owner of the mansion. Ellis soon becomes witness to strange and unexplainable events and decides to reveal the secrets hidden by Devereaux's wife.

The film addresses important philosophical issues — the notion of ​​manifest destiny and the possibility to change it, the idea of self-sacrifice for the sake of others and the concept that nothing happens by chance. Every minute of the film has so much going on that it can make you feel dizzy.

Six stories that have occurred in different eras of the future and past are tightly interwoven, showing that each step resonates through the ages. Choosing between freedom and slavery, we should consider the consequences. The choice can change a lot because everything is interconnected.

It's the future and scientists have built a time machine. Due to this invention, the world has entered a new stage of human civilization. The machine makes it possible to correct past mistakes and make the present better. This is a must-see film for those who love non-mainstream, intellectual, auteur cinema.

With this paranoid David Fincher thriller, there is no better chance to acquaint yourself with the director’s renowned style. The master dissects reality, layer by layer, so that the audience doesn't know whether there is any reality at all. Michael Douglas' character tries to solve the puzzle in a simulated reality created by his brother to see how solid the world is.

The Skin I Live In

The world-famous surgeon Robert Ledgard discovers the secret of creating an artificial human skin. He assures his colleagues that he does experiments on mice, but he secretly keeps a young woman named Vera locked up in his country house — the girl who is the main object of his experiments.