© 2014–2022 TheSoul Publishing.
All rights reserved. All materials on this site are copyrighted and may not be used unless authorized by the Bright Side.
529- 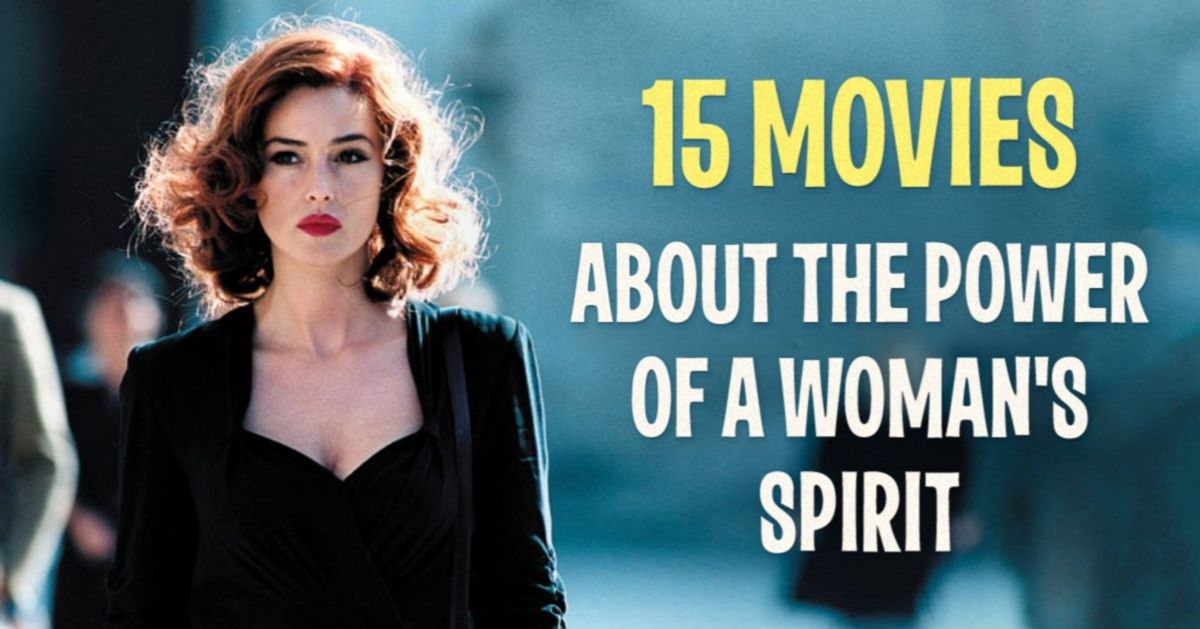 There are those women out there in the world who are capable of inspiring others to achieve great deeds, and they're capable of accomplishing even the most difficult tasks in life by themselves, too. They're strong and independent, wise and successful, talented and brave and can teach all of us a lot.

We peep through the keyhole and witness the life of a family — catching a glimpse of their relationships, fears, concerns and struggles. Alice, the film's main character, copes bravely with Alzheimer's disease: she's the perfect example of an iron-willed and strong woman. The amazing performance of Julianne Moore adds an extra charm to this character. Not surprisingly, Julianne Moore won the 2015 Oscar for the Best Actress in a Leading Role.

A film about strong feelings, motherhood, devotion and circumstances which are not easy to control. The fine thread of drama is tied into a ball, exposing the complex and contradictory characters of the heroines. Brilliant performances all round from Susan Sarandon and Julia Roberts.

This film was shot without special effects and expensive battle scenes, yet it’s perhaps one of the few that reveals and presents the strength of the human spirit — specifically, that of a woman. Some impressive scenes perfectly performed by the actors made this film an instant classic.

A wonderful film about the difficult task of Elizabeth I, who was faced with becoming a wise and strong monarch. Cate Blanchett is amazing in the role of the queen - majestic, powerful, and strong-willed, who opens a ''golden age'' in the history of England. Suspense, passion, betrayal, adventure, grandeur – all these things are combined in this thrilling and epic movie with perfect scenes, sumptuous costumes and stunning performances by the actors.

Monica Bellucci plays the role of Malena – a beautiful widow, who is  the obsession of every man and the envy of every woman. People spread vile rumours about her around town, and men chase Malena and dream of her at the same time. Malena's image will always remain a standard for defining true beauty.

Memoirs of a Geisha

A story about the importance of realizing your potential and revealing it little by little while overcoming all the obstacles. It’s all about how to shine brightly among others, even when circumstances mean you have to hide your true self. Both seductresses and courageous women will like this movie.

A movie about a rebellious woman with irrepressible desires and energy. Frida was 20 when she married the old, rich, depraved but very famous Mexican artist Diego Rivera. The film reveals the story not only of a brilliant artist, but also of a woman for whom love and family are the most important things in life.

The divorced mom of two children starts to work at the mine to support her family. Earning money by a profession that is usually male-dominated, she has to fight for respect and ward off sexual harassment. It’s a striking film about a  woman who is able to stand up for herself in difficult situations.

The film is about Erin Brockovich, a strong yet vulnerable woman. Ordinary weakness in her situation is an impermissible luxury. She may not be a genius, but her persistence and concern for the fate of others allow her to achieve the impossible: a victory over a powerful and major corporation that is literally poisoning people. When you are about to give up on something, simply watch this movie for motivation.

The film is based on the true story of a popular athlete and former homeless child, Michael Oher. A sympathetic mother adopts the boy, and she is a fair, wise, strong-willed and independent woman who helps him achieve self-confidence, which later brings him success. Sandra Bullock won the Academy Award for best actress for her role as the inspirational mother.

The action of the film takes place in the US at the beginning of the 20th century. After making a statement to the police about her son’s disappearance, the heroine gets her child back. But soon she realizes that, despite the physical resemblance, the boy is not actually her son. The main role is played by the ever-wonderful Angelina Jolie, who managed to convey despair and at the same time, the endless faith that her son would be found alive.

The world of fashion is certainly beautiful, but it can also be cruel at the same time. This is similar to other comedy dramas, but nevertheless, it’s still an excellent film. Amazing performances by Meryl Streep and Anne Hathaway make the film light, funny and a pleasure to watch.

A movie is about a strong woman who was not afraid to defy society and its conservative and old-fashioned morals, norms, tight corsets, boring dresses and meringue-like hats. Some say it’s a dull and monotonous movie, but it would be more accurate to say that it’s simply an unhurried one — a technique that makes it all the more fascinating. Audrey Tautou is graceful in the role of Chanel.

We know few other female-heavy movies wiser than ''Mona Lisa Smile''. It teaches you dignity, courage and persistence, and the central theme is learning to have a mind of your own. Due to the intriguing plot and talented cast, it turned out to be a light and comprehensive movie that matches women's intuition.