© 2014–2022 TheSoul Publishing.
All rights reserved. All materials on this site are copyrighted and may not be used unless authorized by the Bright Side.
18-18- 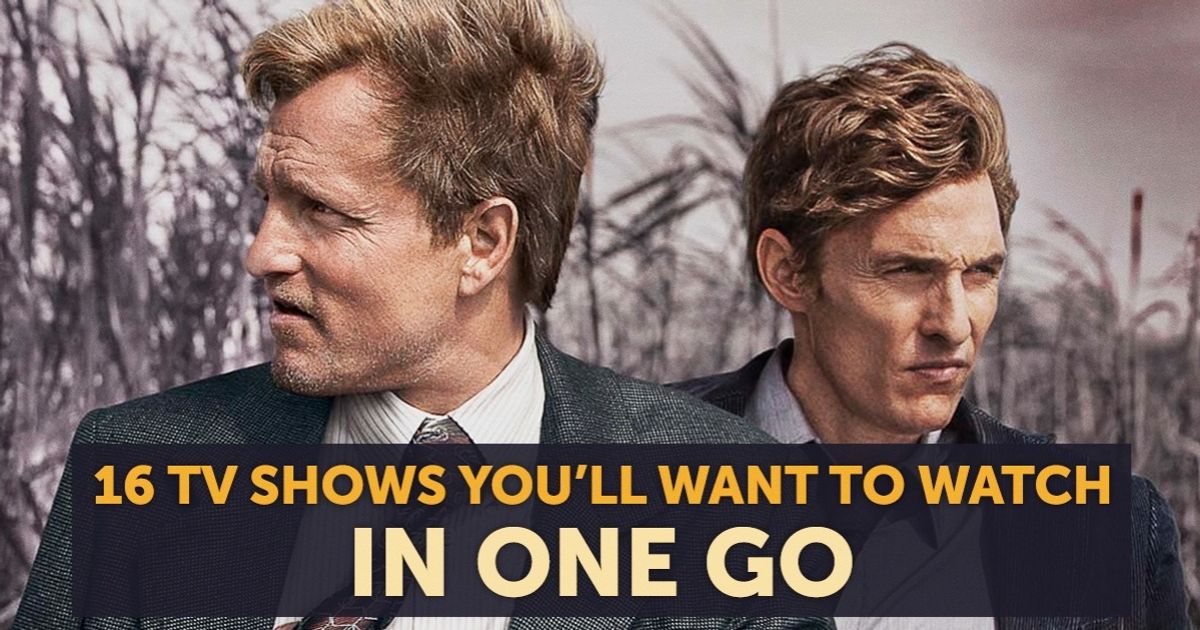 16 TV shows you’ll want to watch in one go

Convoluted plots, tension, conspiracies, triumph and tragedy, complex ideas - every TV show has its own approach to entertainment. But whichever one you watch, you don’t notice how time flies by as you devour episode after episode. BrightSide.me put together a list of sixteen of the best shows for you to choose from.

To save his brother from prison, the protagonist commits a crime. His escape plan: he built the prison himself, and knows it like the back of his hand. The show’s writers managed to push the plot twists to the limit - and at the same time didn't confuse themselves.

A cool British series about the dangers of modern technology. The people of the future have withdrawn into a perfect virtual reality created using advanced technology. Each episode reveals a different aspect of this perfect world. Over the course of the show, we are presented with a truly dystopian image of the future.

Somewhere in the wide open spaces of the state of Oregon there’s a town where a group of real geniuses lives. They invent useful things which the world has never seen before. Sometimes though, accidents happen, and it falls to a local sheriff with a mediocre IQ to sort things out.

Britain, 1941. A middle-aged police detective very much wants to fight at the front, but work intervenes. During the evacuation of the English south coast, a diverse mix of people has been thrown together — the wounded, refugees, as well as all kinds of criminals. Detective Foyle has to carry on with his usual work of looking after his home country in wartime.

An unsuccessful insurance salesman, much to his own surprise, commits murder. Soon he has no choice but to keep on killing and killing. He’s offered a helping hand by a visiting criminal and sociopath. This stylish and surreal tragicomedy has gained a massive following which can’t wait for the new season.

The TV serial ‘House’ is for those who appreciate sarcasm. No one who watches this show can fail to be indifferent about the thoroughly charismatic Dr. House - some can’t stand his frankness and devil-may-care attitude towards those around him; others are enraptured by his sparkling intellect.

For the time being, there is only one season of this stylishly shot miniseries. The plot centres on two detective investigating an unusual murder in a remote part of Louisiana. Piece by piece, they put together a picture which, slowly but surely, leads them to a conclusion about what happened.

Zombies are roaming the land and people try to save themselves. Life continues even after the Apocalypse, and everyone’s busy with something. Frank Darabont is a master of the genre. A drama, horror, and thriller all mixed in one.

A show about the daily life of a simple mafia boss who tries to find time for everything — whether its resolving issues at work or dealing with problems at home. This takes place against a backdrop of constant stress felt by a man down on his luck, afflicted by fainting and panic attacks. It’s crammed full of plot twists and personalities more colourful than the last, and on the whole is very well made.

Forty eight people find themselves on an uninhabited island after a plane crash. Life on the island is not all that it seems - the place begins to ‘show its teeth’. It was with Lost that big-budget, epic shows began to be produced for TV.

Patrick Jane is a psychic who works as a private detective for the Bureau of Investigation. He’s known for his superior powers of observation, as well as his love for the comfortable sofa in his office. He also wages a personal struggle against a serial killer and is tortured by a painful past.

Ancient Rome in all its pomp and glory. It is the era of Julius Caesar and war is being waged against Gaul. The country stands on the brink of civil war. An unpleasant surprise awaits the Emperor upon his return home. The most expensive TV show ever made, this joint project between the BBC and HBO is a thoroughly enjoyable affair, with a solid plot and impressive presentation.

A high-quality and well-paced series which painstakingly recreates the everyday life of the Vikings. The well-choreographed battle scenes, detailed reconstruction of ancient rituals, and the beauty of the Scandinavian fjords is a joy to watch.

This comic saga about a group of physicists who are highly successful in the world of science but unlucky in their personal lives has gained a cult following around the world — and become a source of memorable quotes — in the seven years since it first aired.

M*A*S*H is as relevant and topical as it was when it first aired nearly 40 years ago. Humour combines terrifically with harsh satire on war and its horrors. A classic, high-quality sitcom.