What Happens If Someone Objects at Your Wedding

15+ Goofs in Harry Potter Movies That We All Overlooked

What Could Happen to Your Body if You Stop Eating Fat

9 Outdated Winter Trends That Bring on More Harm Than Beauty

18 Photos of Animals That Simply Can’t Stop Being Affectionate

16 Pics That Sum Up Family Life So Well, They Had Us Cry Laughing 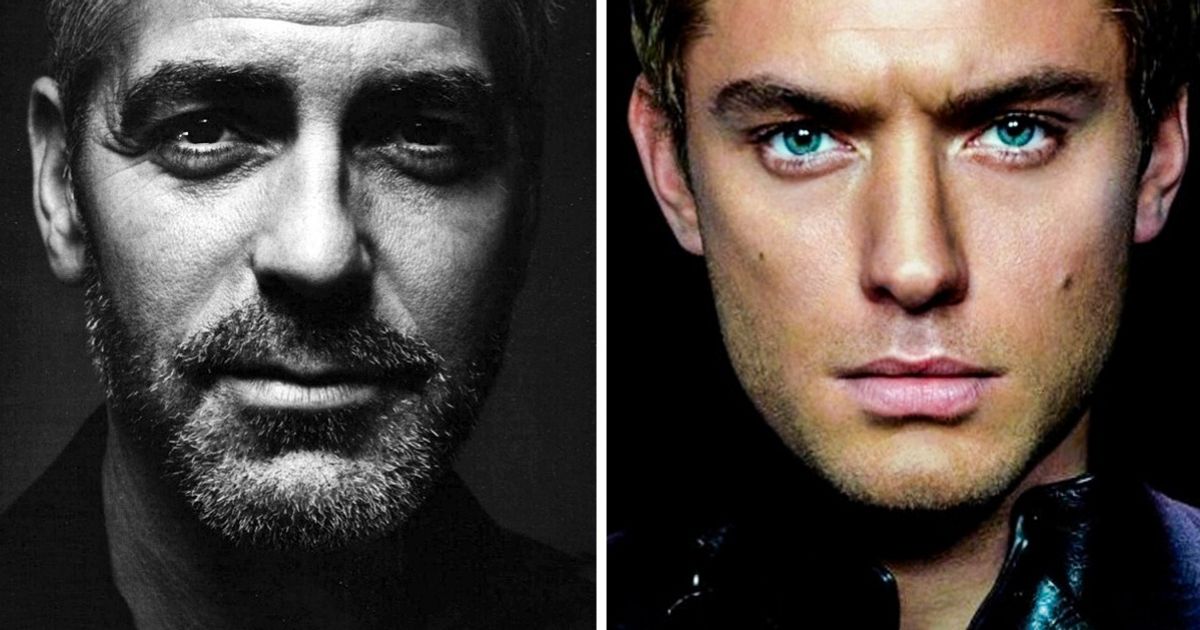 17 extraordinary men whose gaze makes your heart skip a beat

Every year, People magazine offers a  list of the most attractive men in the world. Some of them - like George Clooney, Richard Gere, Johnny Depp and Brad Pitt - have taken first place on more than one occasion, and the chances are there are plenty of people out there who would have no objection to these results.

To get warm on a winter day, we at Bright Side decided to put together some of the most mesmerising holders of this honorary title from the past thirty years.

There were times when Mel Gibson's look could melt women's hearts. In 1985, he was the first to be named "the sexiest" man alive by People's readers. His role in the wildly popular "Mad Max" movie made Gibson a star.

He's the most incredible version of James Bond there's ever been, and it's not hard to understand why. In his day, Sean had it all - charisma, charm, self-confidence and a little charming arrogance, all expressed so vividly in those eyes of his.

When Tom Cruise was named the most attractive man in the world, he was 28 years old and he was at the peak of his career. Even if he has spoiled his reputation a little since then, few would doubt that he's still good-looking.

Richard was named "the sexiest man in the world" twice - in both 1993 and in 1999. And he still exudes that ocean of charm even today, together with his famous squint.

Brad Pitt is a combination of contrasting features: courage on an almost childlike face, rigidity and vulnerability mixed into one. He was named "the sexiest man in the world" in 1995 for the first time, and the second time five years later in 2000. After starring in "Fight Club", few could argue otherwise.

It seems that many people have underestimated Harrison Ford. The Indiana Jones star is known for being an exemplary family man, which apparently only adds to his attractiveness among millions of women.

When Pierce was awarded the title of "the sexiest man" he ensured that James Bond once again retained his reputation as a heartthrob. It's up to his successors to keep the title!

Ben Affleck isn't only a handsome and talented actor, he's also a very smart guy. For one thing, the script for "Good Will Hunting" is his handiwork. His intelligence and creative talent only serve to make him even more appealing.

Jude Law, a great actor who looks like a supermodel, just had to make the list once - and he did, in 2004.

In 2005, Matthew McConaughey was playing movie parts as handsome muscle men, and this way before he earned himself any Oscars or achieved the depth of his role in True Detective. But that was enough. After all, now we know that he's not only attractive, but very talented as well.

Women from all over the world learned about the existence of Clooney when they started tuning in to hit TV show ER. The show was still going strong when the actor was named as the most attractive man in the world. Then he showed that he could do better than simply play the part of a "good doctor" and got this title for the second time.

Matt Damon's charm isn't particularly striking, he's just a good guy you can rely on. And who said that it isn't attractive in itself? People don't always fall in love with bad guys.

Wolverine claws didn't prevent Jackman from winning the honorary title - in fact they helped him. There are few men who look quite so good with side burns.

Our favourite pirate Johnny Depp topped the rankings twice. The first time was in 2003, after the release of Pirates of the Caribbean, and the second came five years later, in 2009.

This handsome man was on the sidelines for so long. Bradley Cooper kept playing background parts in ordinary movies, but then the world started paying attention to him when he starred in The Hangover - and it was duly deserved.

The secret of "ordinary guy" Channing Tatum's charm is reflected in the way we so often see him mysteriously keeping silent and frowning, and occasionally flexing his muscles.

Finally! It had to happen sooner or later.

Clooney and Pitt appear to be overjoyed here with their achievements. Only Damon looks a little sad - maybe that's because he only got voted the most attractive man alive once. But don't worry, Matt, you still have plenty of time!