11 Makeup Mistakes That Could Make You Look Unkempt

7 Things That Make Johnny Depp a True Gem of Hollywood

Dads Share the Joys and Struggles of Fatherhood in 18 Tweets, and We Can’t Stop Laughing

20 Times Nature Restyled Its Creations Like an Artistic Kid 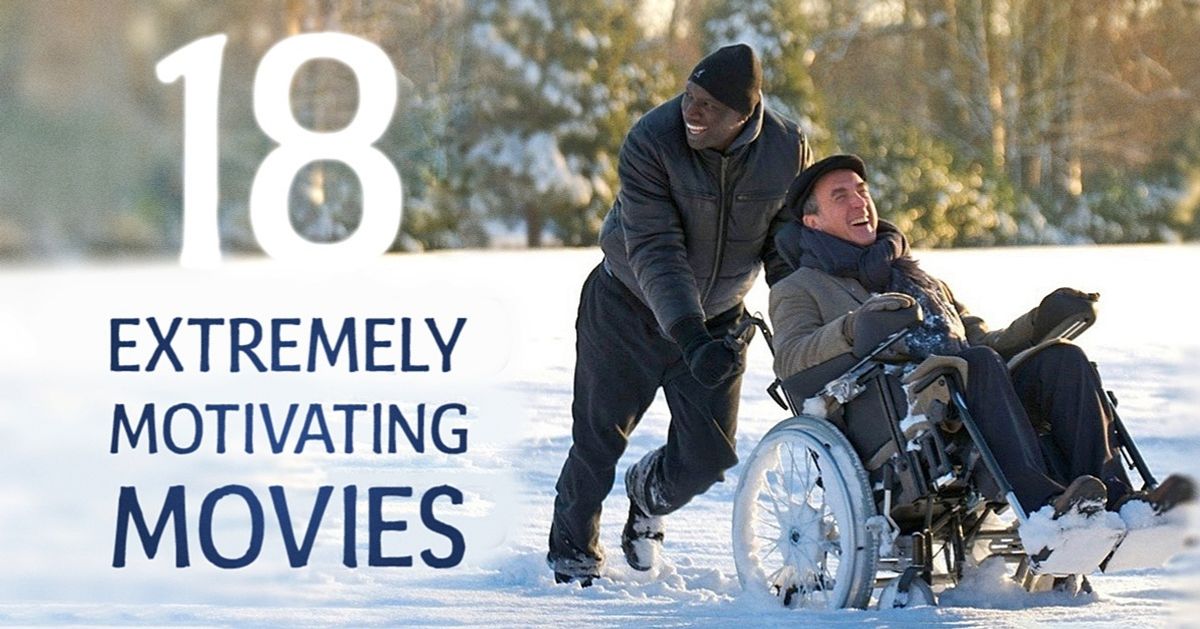 The new year has started! You must’ve already sketched the goals you’d like to achieve, and we here at Bright Side have put together a list of movies that will inspire you to act on those goals!

The Marshall University American football team members from Huntington, VA, die in a plane crash. Citizens are shocked. The team loses all its main coaches and almost all of its players at once, and now the destiny of the team and the town itself are uncertain. Will this team be able to rise to championship again? This problem lies on the shoulders of young coach Jack Lengyel.

Jake Huard enters a prestigious Naval Academy in Annapolis. The young man doesn’t realize that the serious challenges are yet to come, including gaining respect of the Academy’s harshest officer.

The Greatest Game Ever Played

Everyone knows that golf is a gentlemen’s game. Francis Ouimet, having grown up in a family of workers, had a dream to become as good at golf as his idol, invincible Harry Vardon. Francis’s father had been against him playing golf from the very beginning, and he must overcome being taken as a joke by the professionals at his first appearance at the USA Golf competitions.

Jake Tyler, his mother, and younger brother move to Orlando, Florida. At the local rich kids’ school, Jake finds a semi-underground fighting club. After a public fight where he failed to stand up for himself, he decides to join the MMA club. Jake finds a master, Jean Roqua, who teaches him to fight. Jean has one condition: his students are to never use their learned fighting skills for personal interests.

Having lost his wife and job, 30-year-old Vince Papale decides to realize his dream: to become a member of a professional American football team. Vince takes part in the contest organized by the coach of the Philadelphia Eagles, who invited all who were willing to try to replace one of the players. A miracle happens: Papale manages to occupy a treasured place. Little does he know that this is just the beginning of his troubles.

John Forbes Nash Jr., a mathematical genius, made an unbelievable discovery in game theory, which up-ended this section of mathematics and brought him international fame. At the same time, haughty and popular among women, Nash gets a stroke of fate that turns his life upside down.

Front of the Class

Since his early childhood, Brad has been dreaming about becoming a teacher. There’s just one catch: since the age of six, he has suffered from an incurable disease that brings nonsuppressible motor and vocal tics. Brad refuses to give up or to betray his dream.

Step Up 2: The Streets

Thanks to her insistence, a young street dancer, Andy, enters the Maryland Art School. During her studies, the girl tries to prove to her teachers that she’s equal to other students and worth being in the school. Andy creates her own group that performs in an underground dance competition called "Streets". This dancer undergoes a long, challenging battle.

Having suffered in an accident, a rich aristocrat Philippe employs a caretaker. It’s hard to find a less appropriate person for this job: Driss, a young resident of the suburbs, had just been released from jail. Despite Philippe’s disability, Driss manages to introduce happiness and adventures in the aristocrat’s life.

Two Harvard University classmates’ project of the social network changed their lives forever: having become an international sensation, soon it makes them the youngest millionaires in the United States. They taste success, popularity, and recognition. The young men experience more and more conflicts between them, and the friendship becomes a memory. It’s impossible to have 500 million friends without making at least one enemy.

This is real story based on the American football player Michael Oher, who played for the Baltimore Ravens. He was a withdrawn black teen who has been homeless. A secured white family took him in as one of their own. This life in a new environment completely changes Michael’s destiny. It’s surely worth watching.

For Prince Albert, Duke of York, public speaking is a nightmare, because every word in front of a microphone is a challenge for him. The Prince doesn’t dream to try on the royal crown, but the circumstances break his plans. His elder brother was abdicated from the throne, so Albert remains the only claimant. As any king, he must learn to speak in public.

This is a real story of a young gymnast named Gabrielle Christina Victoria Douglas, who was the first African-American gymnast. This story is about ups and downs, and it shows the young athlete’s ability to overcome difficulties and to find a way to incredible success.

The story of Waris Dirie — a well-known model from Somalia, who escaped from her family when she was 13, got to Mogadishu, and then made her way to London. Waris was the first who has publicly condemned the practice of female genital mutilation and created the FGM Fund to fight against it.

Winter 1958. The Munich air disaster claimed the lives of the legendary football team “Manchester United“: journalists, staff, members — everyone died. The players, who were about 22 years old on average, became famous not only by their talent, but also because of their part in ”Manchester United". Young assistant coach Jimmy Murphy, who had miraculously survived, decides to bring the destroyed team back to life at all costs.

Erin Gruwell teaches English at the school for "at-risk" students. They’re all from the rough parts of Los Angeles, they’re divided into gangs and nationalities, and they don’t care about school. These students would hardly be able to finish school, but Erin tries to understand and love them, though she cannot force them to learn a foreign language.

The Theory of Everything

This story is based on the great physicist Stephen Hawking and his wife, about how you can get through all of life’s challenges if you’re not alone, and how love and support of your nearest and dearest can work magic.