Why Rain and Wet Soil Smell So Good

18 Famous Men Who Have Become So Much Hotter With Age

17 Childhood Mischiefs That Even an Angel Could Hardly Withstand

What Your Pet’s Poop Can Tell You About Its Health

Life Turns 10 Times More Fun When a Child Gets a Sibling, and These 20 Pics Prove It 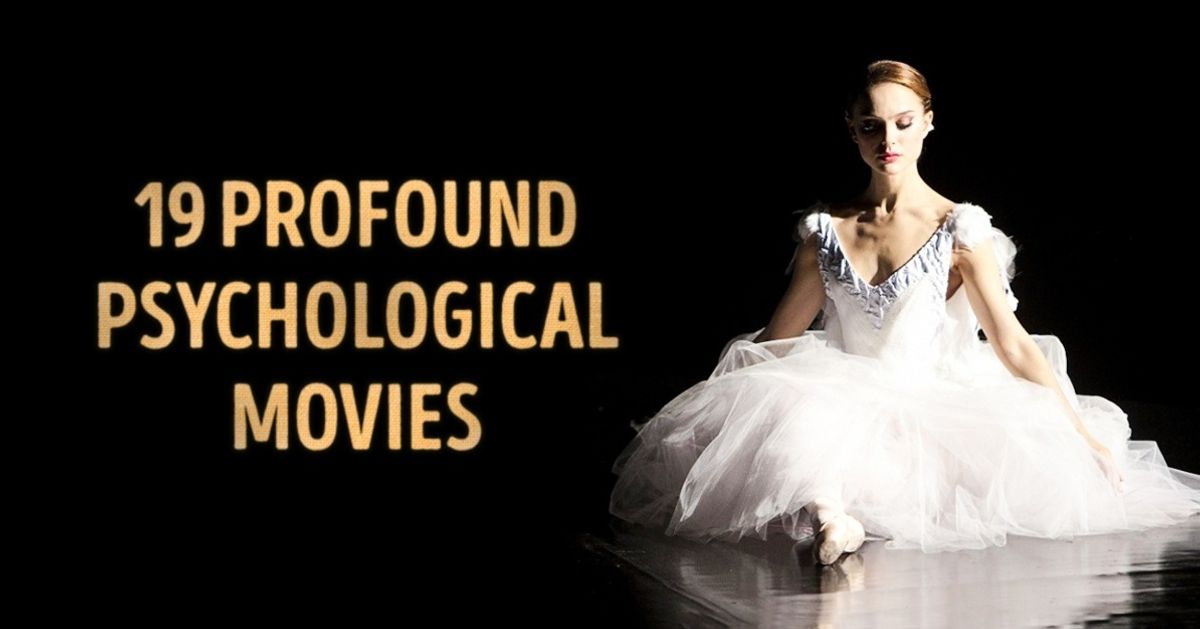 Bright Side has prepared a movie list that'll not only entertain you, but will plunge you deep into the human mind, capture your imagination, and have you stare at the black screen afterward thinking over what you've just seen. No psych book can influence you this much.

'The Master' is an exceptional movie about the power of human charisma and suggestion. It can fit into various genres, but the most incredible thing about it is that it touches several levels of the audience's perception at the same time. Thanks to the carefully considered staging and the actors' powerful play, the movie plunges deep into your mind. It's impressing, disgusting, and empathetic. Just like a car wreck, you'll want to look away, but can't. You'll know why.

This picture has no mercy: it psychologically exposes the human nature and reveals difficulties that most of us prefer hiding from. Made by David Cronenberg, with the participation of Michael Fassbender, Viggo Mortensen, Kira Knightley and Vincent Cassel, it's said to be the favorite of those who admire Freud and Jung.

The greatest mystery director of the American cinematograph, Terrence Malick, filmed a picture touching both mental and sensual sides of the human existence. Trying to combine the macrocosm and the microcosm, he uses music and video to show the movement of life from its appearance, the beginning of time, to the middle of the 20th century, where a common American family lives. The birth of the universe is something worthy of your special attention.

One Flew Over the Cuckoo's Nest

This movie is one of those welcomed both by critics and professionals, as well as by the audience. Despite all its charm, the movie is much different from the book, which was the ground for the adaptation. But Miloš Forman kept the message of the book: most of our problems can be solved if we only make an effort, and not just stand idly by. That's the main theme McMurphy, the main character, demonstrates.

'Good Will Hunting' is a great movie that causes a range of emotions: laughter, sorrow, tears, power, and a mix of them all. Gus Van Sant, Ben Affleck, and Matt Damon put their hearts in the story of a genius who got lost in his own life. Every dialogue was incredibly thought out, and that's why the movie leaves very unusual but great emotions behind for the viewer.

It's one of those movies that everybody has to watch. Javier Bardem was brilliant here. You can admire the main character or blame him, but you'll almost certainly find something new in this movie. 'The Sea Inside' is a beautiful and deep movie, that you cannot help but enjoy. It feels like jumping off a cliff into the sea. Something influences you so much that you can't breathe without it.

A great movie showing how delicate human mind is. It touches the right chord, but it's hard to say why: is it the atmosphere in the clinic, Angelina Jolie's character's phrases, or both? It causes the desire to sit through all the credits and look at the dark screen, trying to seize the essence of what just happened.

Adventures and beauty, that's the essence of this movie. A young boy scout and his girlfriend start on a journey looking for new adventures. Too simple? Surely not. Wes Anderson manages to create a unique movie beyond the limitations of time. A perfect movie for those willing to hide from their crazy adulthood for at least 90 minutes.

’Silver Linings Playbook’ is a title that best describes how you feel after watching this movie. It’s a very interesting, memorable, and touching story about two people whose lives aren’t going the way they would like. This movie gives you more than just inspiration, it gives you hope that everything could change for the better.

A mysterious alien from the planet called K-PAX suddenly appears at a lively railway station. He looks like a common man, but his dark glasses and little smile attracts attention to him. That's how this brilliant movie begins. If you think about it, you'll understand that K-PAX exists as a parallel world to ours, and it's unique for everyone. It's inside all of us.

This movie is like it's from another dimension. It's a puzzle by David Lynch, that can hardly be solved even on the fifth try. The picture will surprise you in every moment, attract you with its charm and style, and leave you speechless.

Though 'I Heart Huckabees' is a pure comedy, you won't find a hackneyed plot or traditional topics that a typical comedy movie would have. This movie's rather deep and complicated. The man's place in the world, the world's place in a man's heart, environmental protection, hypocrisy, love, solitude, and affinity - Topics touched on in this comedy look so simple and clear at first sight.

In the distant future, people are immortal. The whole world is captivated by a TV show based on the life of the decrepit, mad, "last mortal" named Nemo. Anti-chronologically, the movie is set up in a strange fashion. The stories he tells are different variants of his life. Which one did he really choose? Is this just the fantasy of an old man? It's probably the best picture where the past, present, and future mix up in a very strange way.

This movie by Ang Lee doesn't judge anyone. It just shows the hidden, invisible side of marriage; It tells the relationship development that no one talks about. The movie plot develops unhurriedly, so the new mysteries open up one by one, giving you some time to think them over. This is a drama for those who love to plunge deep into movies.

The Prince Of Tides

Barbra Streisand made a complicated and ambiguous movie. On the one hand, it has a melodramatic plot with a touch of psychoanalysis. On the other hand, it's a serious drama about solitude. Despite this fact, every single moment of the movie is filled with light, romance, and great music, which makes the two hours fly by.

This is by Lars von Trier, and that's all that you need to know before watching. Seriously, it explains everything for those who know his name. 'Breaking the Waves' isn't meant for the general public. There's love without limits. Love that can make a human being reckless. You can watch the story in one sitting because the end is really shocking and totally worth it.

'The Soloist' by Joe Wright is a bright and powerful masterpiece from a talented filmmaker. It's full of important, if not essential, themes. But the most important thing about this movie is that it will fill you with deep, complex emotions.

Charlie, who is very rude and selfish, has a problem: his father died and left the biggest share of the inheritance to his autistic brother Raymond. To get back a part of his brother's money, Charlie kidnaps Raymond and keeps him hostage. It was an act of selfishness at the beginning of the movie, but later, it turned into a friendship and self-awareness that expanded Raymond's isolated world and let Charlie work out his senseless soul.