15 Mistakes That Can Add 10 Pounds to Your Look

What Could Happen to Your Body if You Stop Eating Fat 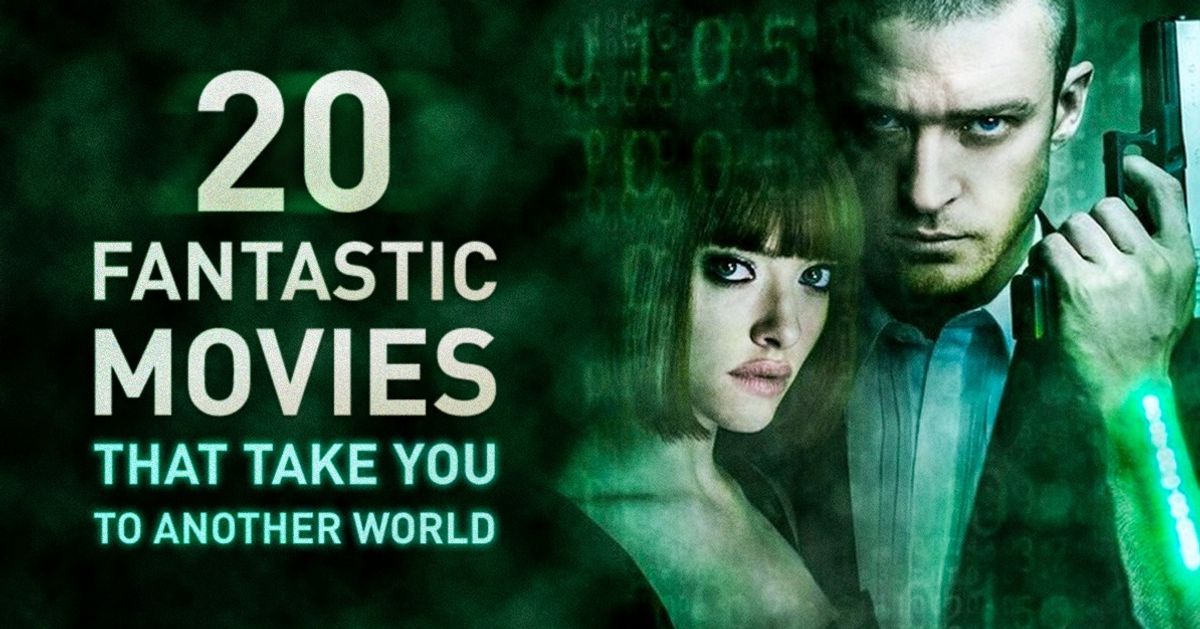 20 utterly fantastic movies that take you to another world

People often fantasize about life in the future or in alternative versions of the present, dreaming up all kinds of incredible scenarios. We at Bright Side selected a handful of exceptional science fiction movies that we think truly open a gateway into another universe!

According to this filmmaker, reincarnation has always been part of being human. All of the film's protagonists have already lived several lives spanning across many centuries. Through appearances changing due to age and shifting lifepaths, they live, die, and live again in a never-ending sequence, each new life being the continuation of the previous. Faces and epochs change, but goals and destinies stay the same. Past, Present and Future merge, as this epic story unfolds before our eyes.

The story of futuristic Robinson Crusoe, who finds himself stranded somewhere a tad more secluded than a desert island. The hero of this movie has to cope with being alone on Mars. This is a captivating tale of human survival in an environment that precludes the very notion of life. Although this movie is tense and thought-provoking, it is not devoid of humour - quite the contrary! Perhaps humor is the key to overcoming hopeless situations?

In this movie, dreams become bridged with reality as people discover the art of dream manipulation. Such incursions lead to drastic changes in a person's waking life. The movie's main character is accustomed to wandering the labyrinths of other people's dreams, carefully extracting secrets from the depths of their subconscious. His unique ability turns him into a master spy and a fugitive, causing him to lose everything he cared about.To get his life back, he must attempt an impossibly dangerous heist.

It's "Groundhog Day" revisited, but with alien invaders! Major William Cage dies during a devastating conflict with extraterrestrials, only to join the living once again. And again. William keeps reliving his final battle, hoping to find a way to defeat the aliens.

Can you imagine a world, where feelings are banned? The movie portrays a society in which it is against the law to smile, to listen to music, to shout at a noisy neighbour or to simply enjoy life. As a further precaution, people are forced to take an emotion-blocking drug. The system on its surface works: transgressors caught and prosecuted by the enforcers. But, what to do if you're an enforcer who no longer believes in the system?

An ideal future society where each new birth is not only scheduled but meticulously pre-programmed in a lab.The movie's main character, by contrast, was unlucky enough to have been born out of love. He inherited certain qualities that are considered to be serious handicaps: emotionality, susceptibility to passions, tendency to follow one's dreams. To become a respected citizen, he has to conceal the fact that he was labelled "unsuitable" at birth.

A brilliant science fiction movie about a post-apocalyptic future, where a deadly incurable virus has nearly wiped out the human race. But not all is lost - there's still a chance to save everyone, if someone travels back in time and helps scientists to avert the disaster.

Source Code is a computer program that allows one to determine the circumstances of a person's death by gaining a first-person access to the last 8 minutes of his or her life. It can't be used to prevent the tragedy, but it can help find the perpetrators. After experiencing a train bombing, soldier Colter Stevens is tasked to relive this event over and over until he finds the bomb and the terrorist.

How real is the world in which we live? Do we genuinely exist, or are we merely part of an illusion, called the Matrix? A true masterpiece from the Wachowski Brothers, this movie quickly became a cult classic and inspired other films' CGI for years to come. Additionally, it spun off numerous comic books, video games and animes, not to mention its own two blockbuster sequels. However, it's pointless to try to explain what the Matrix is - you need to see for yourself!

An incredibly romantic, funny and subtle movie about falling in love...with an operating system! This is not as silly as it sounds, though. Of course, you wouldn't fall in love with a machine, whose responses are governed by preprogrammed algorithms. But, what if a machine appears to understand you like no one else?

In 2054, incredible scientific advances lead to the creation of a police department that uses an experimental computer program to predict crime before it happens. The system seems pretty ideal, right? Think again, before it accuses you of a crime you haven't yet committed!

What is the likelihood of encountering an extraterrestrial? A mysterious, dark-glasses-wearing patient of a psychiatric institution claims that he has come from another planet, offering some surprisingly persuasive arguments to prove his story.

Are you interested in uncharted outer space travels, a trip to another galaxy, the theory of relativity in action, and the mysteries of black holes? Then this film is a must see for you! This movie has truly earned its Oscar for best special effects. The incredible visuals totally immerse you in the story, making it incredibly easy to empathize with its characters.

As his lonely shift on the Moon enters into its third year, astronaut Sam has only a robot called Gerty to keep him company. Then, suddenly, a stranger appears - someone who looks astonishingly like Sam! Is the guest real? Or, is he just a figment of imagination, existing inside Sam's loneliness-addled mind?

An internationally-lauded sci fi thriller that centers on Dr. Ryan Stone, who is on her first outerspace trip. Suddenly, a terrible accident destroys the ship and leaves Ryan and her commander stranded in the absolute darkness of space, with no hope of rescue.

Aliens - are they friends or foes? Peaceful neighbors or hostile invaders? The movie portrays an alternative present-day reality, in which Earth has become a safe haven for extraterrestrial refugees. The international community sets up a temporary camp to house the new arrivals, but the situation threatens to get out of control.

This science fiction movie explores the theme of human reincarnation. A molecular biologist studies iris patterns to determine if it is possible to bring back the soul or consciousness of a loved one who has departed forever.

This film portrays an appealing future world, in which there's no sickness or old age and a human life can last forever. But, there's a catch: each new day needs to be purchased. This rule has become the cornerstone of a giant system, which segregates people into two castes: the ones who can afford to pay and the ones who can't. Can people from these different worlds come together to fight this inequality?

A world turned into a desert... A lone wolf trying to make his way through chaos and lawlessness...The movie portrays a society that has long ago given up on morality. People fight each other over fuel, the only thing that powers an inkling of hope for the future. Such are the new, harsh rules of the game. And the ultimate prize is merely staying alive.

For everyone on planet Earth, the Sun means life. What would happen if, in the blink of an eye, it was extinguished? I think, the answer is obvious - an end to everything! In Sunshine, humanity faces such a problem. To save the sun, humans on Earth conceive an elaborate idea to bomb the Sun back to life.