Which Actor Made the Most Money With One Iconic Role 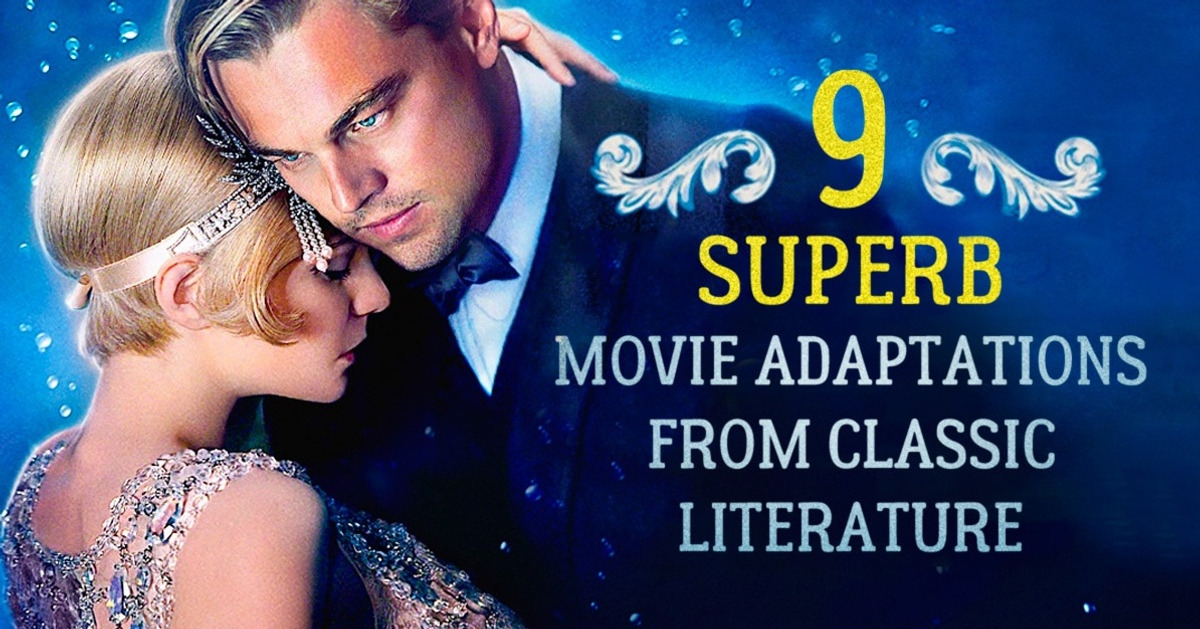 Classic literature has always been there for us. Time goes by, but those classic masterpieces still remain popular — thanks in part to these excellent movie adaptations.

Check out this list of book-to-movie adaptations. They make for a perfect movie night!

Written by Francis Scott Key Fitzgerald, this story is about New York City at the beginning of the 20th century. It's the same old story about love, but the performance is way different. The filmmakers got slightly away from the classic literature and committed to a modern interpretation of the novel. The movie transmits its crazy energy to the viewers; the crystal dazzles you, champagne flows like water and expensive cars rocket all around! It is a whole new world overloaded with emotions, feelings and fun!

The movie is based on Leo Tolstoy’s novel, ''Anna Karenina.'' Some critics couldn’t stomach the movie, stating it just turned out to be a compilation of separate episodes of the novel. But through the atmosphere, costumes, scenes and emotions,  everything is visualized in the perfect way. You will enjoy watching this movie no matter what the critiсs say.

''Forever Young. Forever Cursed'' is the tagline of this movie, which fully reflects the theme of the story. The adaptation of Oscar Wilde’s novel, ''The Picture of Dorian Gray,'' met cold scrutiny by the critics, but the story is full of mysteries and tells us about a lavish and polished-looking main character disrupted through immorality and indulgence. And of course, there is still room for a love story.

This romantic drama series was shot based on Jane Austen’s novel of the same name. The novelist’s books always depict images of a tender, dreaming woman with the ability to be strong, wise and quite realistic. Austen's characters are able to see the world as a whole picture, not just some parts of it. This time the adaptation is easy to perceive, ironical, and emphasizes emotions and romanticism just like the novel itself.

The movie is based on Charles Dickens’ novel ''Oliver Twist,'' but it tells us a completely different story. Even the intentionally transformed story line couldn’t hide the individuality of Dickens' genius at work. Having changed bitter tears to happiness, the producers created a beautiful tale full of precise and explicit illustrations.

''Les Miserables'' is the greatest epic novel by Victor Hugo. His masterpiece was movie-adapted many times, but in this case, the best interpretation became a musical. It was the magic of music that colored the emotions of Hugo's characters. ''Les Miserables,'' a musical by Tom Hooper, is more like an opera in which all of the dialogue is sung. This adaptation will definitely touch you.

The Count of Monte Cristo

This is one of the most famous novels by Alexandre Dumas, and it was adapted for the big screen in 1998. At first you are a little surprised by how Gerard Depardieu got the part of the noble and handsome Edmond Dantes. A few minutes later, however, you understand it's not about his looks but it's all about his talent and charisma. You may think to yourself that he is way different from the Dantes you had in your head, but Depardieu is so good at his job that you totally buy it. As a result, the adaptation was a big success, thanks in large part to the lead actor.

Colleen McCullough's novel begins with a narration about a bird that sings just once in a lifetime. After leaving its nest, it finds a thorn bush where it sings its beautiful song. At the end it impales itself upon the sharpest thorn, and rises above the agony to sing the most beautiful song ever heard. When listening to this song, even God can't help smiling in heaven. The idea behind this legend states that all the best things can be achieved through pain and suffering. The novel was brilliantly adapted in 1983.

This is one of the best movie adaptations of Charlotte Brontë's novel. All the characters from the movie are exactly like those you have in your head while reading the book. Jane, whose independent and spirited nature remains unbroken, has just-as-you-imagined beautiful eyes that help you to almost literally see into her soul. Mr. Rochester, played by the incredibly talented Timothy Dalton, keeps pushing the girl away and then pulling her back. He is dark and moody yet emotional and troubled. The whole story is a great example of true love. Centuries have passed by, but everything remains the same.

Preview: still from The Great Gatsby