12 Sculptures So Detailed They Might Just Come to Life

15+ Girls Showed How They Do Their Makeup, and We’re in a Rush to Try Their Ideas 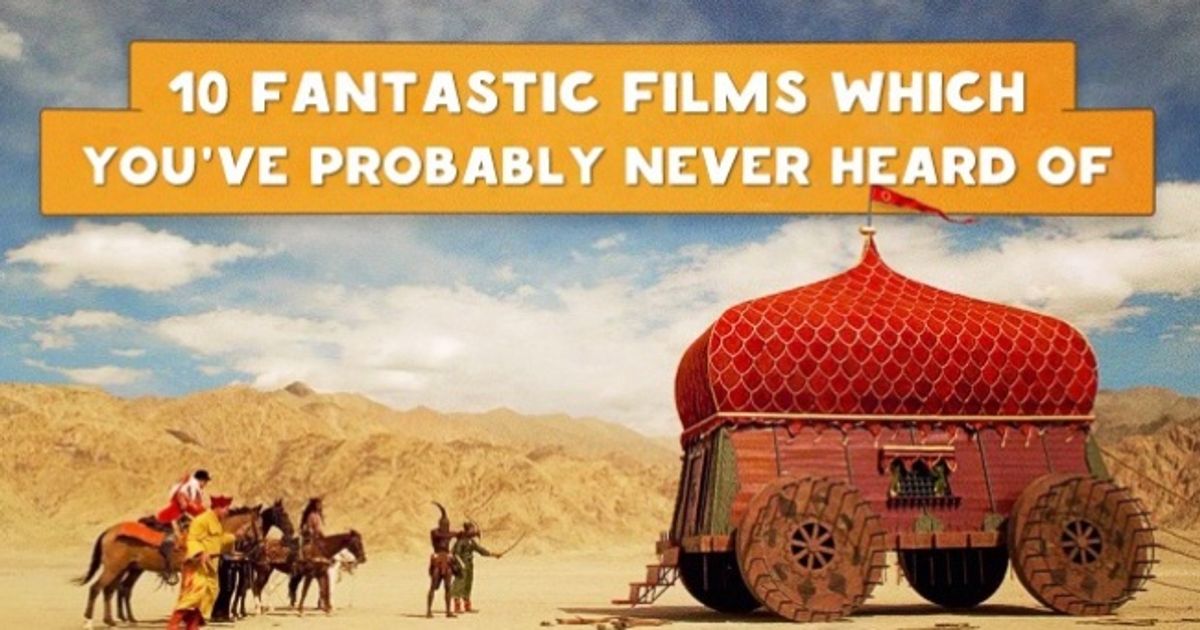 There are certain films which rarely fill up the cinema. Nevertheless, they deserve special attention.

BrightSide.me has put together a list of 10 movies which we think are worth watching if you're after something a bit more interesting.

This philosophical film from director Bong Joon-ho unfolds in the style of an action flick. The downfall of civilisation has come about with the start of a new ice-age. The pitiful remnants of humanity have taken shelter in an infinitely long train which speeds around the world, year after year. Everything we know is in its carriages — all the good and the bad that humanity is capable of.

A strange band, and in particular their strange frontman, whom no one has ever seen without the huge plastic mask which he always wears, invite an entirely unremarkable Irish boy to play music with them. He has no idea what's going on, who Frank is or why the group has no interest in pursuing worldwide fame. By far the funniest thing which makes this movie worth watching, however, is the fact that one of the most handsome actors in the world, Michael Fassbender, spends the whole time acting through that ridiculous mask.

A stunningly shot documentary film about the life of insects. With its wonderful camera work, it conjures up truly fantastical, surreal atmosphere.

Scenes from a Marriage

Six scenes from the life of a married couple, Marianne and Johan: how they met, got married, had children, divorced, and then fell in love again. Despite the seeming mundanity of the subject matter, this is a fascinating, detailed study of relationship.

In this movie by South Korean director Kim Ki-duk, there's a whole lot of music and very little dialogue. That's not a bad thing in this case, however, for words aren't really needed in order to appreciate this beautiful drama. An old fisherman roams across the sea in his boat. A young woman, whose life he once saved a long time ago, lives with him. They love each other despite the age difference between them, and intend to get married when she turns 17. However, their life together is interrupted by the arrival of another, younger fisherman.

Nanook of the North

A documentary film shot early in the twentieth century about the life of the Canadian Inuit Nanook. It had a huge influence on documentary film-making throughout the world. The Inuits are filmed without condescenion; instead, we see them as they see themselves.

This movie keeps you gripped on the edge of your seat right to the end. This is achieved despite the fact the whole thing plays out in just one room. The characters simply came looking for a job, and all they have to do is answer one question. For this, they're all given a piece of paper, a pen, and 80 minutes.

What if there is no judgement, no heaven and no hell after death, and only a single happy memory? You choose the one for you and become submerged in it forever. But how hard it is to find the right one.

Beasts of the Southern Wild

A fantastical yet dramatic tale of a small girl called Hushpuppy and her father. They live out their days searching for fish in some kind of boat fashioned from the frame of a pick-up truck. Despite having no budget for expensive special effects, the director has arguably created one of the most visually impressive movies of the last few years.

Hollywood stuntman Roy and a five-year-old girl, Alexandria, save each other from their personal misfortunes by dreaming up an epic fairy tale. Despite being filled with incredible and heroic events, however, their real-life fears and pain penetrate even into this fantasy world they create together. This film from Tarsem Singh combines the vividness of a fairy tale with the drama of a serious film.