© 2014–2021 TheSoul Publishing.
All rights reserved. All materials on this site are copyrighted and may not be used unless authorized by the Bright Side.
281235
2k

8 Tips That’ll Protect Your Personal Data From Being Stolen

19 Celebrity Dads Whose Pics Give Us All the Mushy Feels

14 Game-Changer Hacks to Save You a Lot of Headache

Experienced Sailors Share the Things They’ve Witnessed While at Sea, and Some of Their Stories Even Deserve to Be Filmed

20 Photos That Prove Nature Is Just a Big Weirdo 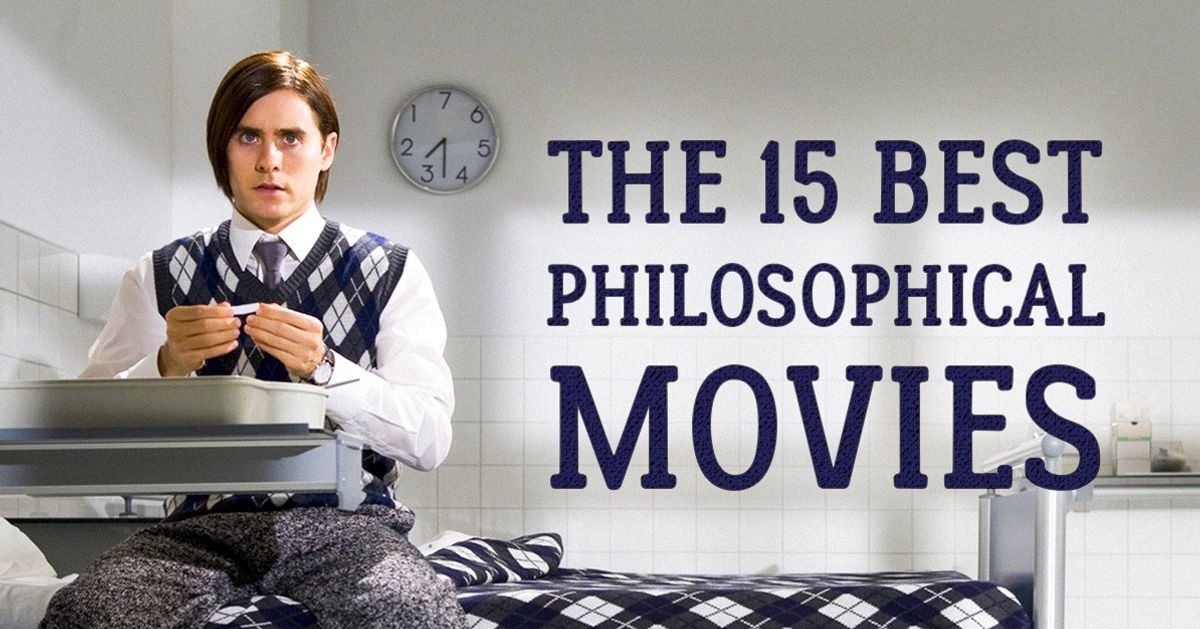 The 15 best philosophical movies of the 21st century

It's the end of a movie, and the closing credits are slowly moving across the black screen. Someone sitting next to you has just woken up, someone headed to the exit is mumbling something to himself. And you ... you're just sitting there and keep staring through the screen into nowhere. Everything is just a total mess: your thoughts, ideas, and fragments of phrases are mixed in your head.

Yes, this is the exact feeling you will experience after watching these movies. The aftertaste is so strange, yet so irresistibly beautiful. Here we offer you a list of the best philosophical movies of the 21st century, according to the Taste of Cinema.

This movie raises millions of rhetorical questions and addresses multiple issues, such as the meaning of life, problems of identity and socialization and the universal struggle of fathers and sons. The main character's way of thinking is deeply intertwined with the creation of our universe in general and our planet, in particular its formation, life stages and inevitable end.

It's a directorial debut of Charlie Kaufman, who was nicknamed American Kafka for his 'search of deep meaning.' He blurred the boundaries between fiction and reality and granted us with his own world of brilliant thoughts and mixed emotions. Some critics stated that Kaufman had totally failed and the movie was pretentious and self-indulgent, while others ranked the movie among the best of the best. It's up to you to decide whether 'Synecdoche, New York' is your type of movie.

Eternal Sunshine of the Spotless Mind

This movie is a philosophical teaching on how to live your live, always admit your mistakes and never forget about them. It’s absolutely necessary to realize that we all have our imperfections, but we are destined to love each other anyway.  It truly is a great love story, pure and beautiful. The movie has already become a modern classic.

No Country for Old Men

This is perhaps the best Coen brothers movie. The plot is fairly simple if you’re familiar with any of the gangster movies. Despite the fact that the movie plot lacks twists and multiple story lines, you will find the movie neither dull nor boring. It will definitely grab you and won’t let you go until the very last minute; you will sit there with your eyes wide open and periodically shudder in surprise.

You will include this one in your 'favorite movies' list if you're a big fan of 'The Tree of Life' and 'Mr. Nobody.' If you find it intriguing and amusing to interpret reality and open-ended movies, you will totally love 'The Fountain.' In accordance with your own convictions and beliefs, you will be given a chance to alternate the plot and the end in your head.

This is the second movie of Von Trier's so-called 'depression trilogy' along with 'Antichrist' and 'Nymphomania.' The world is coming to its catastrophic end while Melancholia, a blue planet, is hurtling towards the Earth. Or maybe ... Lars Von Trier just meant the depression, denial and melancholia we all once were going through? Who can tell?

The Diving Bell and the Butterfly

This is a true life story of Elle editor Jean-Dominique Bauby. Look at him: at first sight he is a successful journalist who lives his life to the fullest; he is charming and all the women around him are in love with his smile. But look a little closer and you will see him sitting in a wheelchair with a paralyzed body that goes through a lot of pain. He has only one eye and misplaced face muscles. He dreams to spread his wings like a butterfly and fly high, but all he has are just his memories and imagination.

Imagine a situation in which you're struggling very hard to find out an elusive truth about something, but when you finally get closer to it, you wish you never knew it and that you were kept in the dark of unawareness. Have you ever experienced something like that?

The movie was shot intermittently from 2002 to 2013 (almost 12 years) but it was totally worth it. ‘Boyhood’ depicts the life story of Mason, from his early childhood days to his arrival at college. The movie leaves such a strong aftertaste that one may find it almost too personal. Richard Linklater presents us with something so private and so beautiful that everybody who watches the movie will find a place for it in his heart.

‘A Serious Man’ is an atheistic picture of our world. The Coens put the question of faith and religion in the center of their work. Looking at philosophical things from an unexpected angle, the directors tried to imagine what our life would be like if everybody just stopped where they were and started waiting for help from above.

What it would be like if all people were immortal? We would entertain ourselves by watching a life show, and its main character would be a crazy old man named Nemo, who does nothing but talk about his life back in old days. But what if his chronologically arranged stories are not that confusing and you actually can find some logics in them? Maybe he doesn't just retell his old little stories, maybe these are different scenarios of his life? Indeed, what scenario would Nemo choose? Or are these his crazy fantasies? This is probably the best movie where the past, present and future coexist inseparably as one.

The Man Who Wasn't There

The movie exposes what a human’s greediness can lead to. Even the smallest problem can begin to snowball, becoming bigger and bigger. The movie inflicts pressure, and it requires plenty of time to get rid of thoughts and emotions left behind.

The plot of the movie is rather common. The main character suffers a midlife crisis. His first girl ended their relationship, providing no good reason, and now he accidentally runs into his first love. Because of the movie's unusual composition, it becomes difficult to focus on the main character’s transformation, but eventually you will get the producer’s idea and the puzzle will become oh so clear.

The movie presents Darren Aronofsky’s vision of Noah’s story. There are scenes in the movie that you will not find in the Book of Genesis, but they perfectly fit the movie, making it incredibly fascinating and eye-catching. Everybody should absolutely add this one to their ‘must-see' list. The main plot promotes the idea of high morality and philosophy. The producer somehow succeeded in placing an image of the Earth fallen in sins back on the right track.

This is a beautiful movie full of stunning space views, sandy scenes and a giant wave rolling in. The movie addresses modern issues of mankind. If you are into long space journeys, investigations of frozen planets and philosophy in general, you will definitely enjoy watching this one.