17 Ways to Serve Food Better Than Any Restaurant Could

7 Ways to Cleanse Your Body Naturally With Food

After 35 Years in Solitude, the “World’s Loneliest Elephant” Finally Found a New Home

What Popular Winter Holiday Treats Look Like in Different Countries

14 Things That Don’t Belong in a Bedroom

20 Things That Surprised Us With Their Size 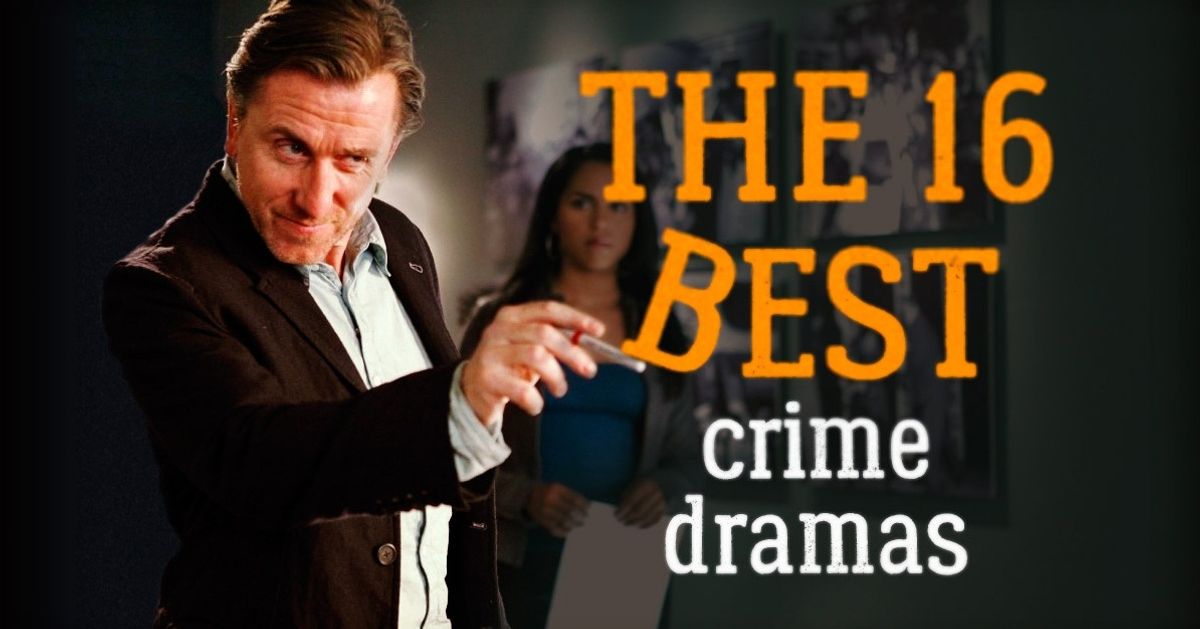 The 16 best crime dramas ever shown on TV

All of the detective TV shows with their intriguing storylines and tons of mysteries to solve are indeed great brainteasers. Go ahead and give your brain a workout! We have gathered the greatest and most interesting crime TV series just for you.

Dr. Lightman is a deception detection expert, he can ‘read’ a liar even if he just spends a few minutes with them. In this television series, Dr. Lightman and his team of professionals assist in investigations, reaching the truth through applied psychology.

Richard Castle, a successful writer of mystery fiction, assists detective Kate Beckett in her investigations. At first, she doesn’t approve of her new partner. He tries to explain every single case they come across with something pseudo-scientific, a conspiracy theory, a supernatural force, or an aliens invasion. But as it goes on...who can tell? There might even be a place for a love story.

How to Get Away with Murder

Annalise Keating is a successful lawyer and university professor. The class she teaches is ‘How to Get Away with Murder.’ At the time, neither the students nor the teacher knew that soon someone would need the acquired knowledge to be applied in real life.

This TV series develops a story about a brilliant mathematician named Charlie, and how he helps his brother, an FBI agent, to investigate a series of crimes in Los Angeles with the power of hard science and numbers.

This crime drama series is based on ‘Her Majesty Queen of Detectives’ Agatha Christie’s major literary work. The Belgian detective Hercule Poirot and Captain Arthur Hastings brilliantly investigate the most complicated cases.

‘Murder Rooms’ is a 5-episode-long series that was originally broadcast in England. It was inspired by the biographical fact that Sir Arthur Conan Doyle had a tutor at his university, Dr. Joseph Bell. It is said that Dr. Bell had similar deductive and observation skills to the famous Sherlock Holmes. The main characters of the series remain the same — Arthur Conan Doyle and Joseph Bell.

The Killing (Forbrydelsen) is a Danish 3-episode-long television drama. The police investigate the murder of a young woman. Detective Sarah Lund comes to a conclusion that the crime could somehow be linked to the Copenhagen mayor race.

This series starts with a scene at the Øresund Bridge, which links Denmark and Sweden. Suddenly, the electricity switches off. When it turns back on, in the middle of the bridge there is a body of a woman. Swedish and Danish police start their special joint investigation that eventually brings them to a series of unsolved crimes that began over a year ago. Coincidence?

Wallander is a crime TV series adapted from the Swedish novelist Henning Mankell’s Kurt Wallander novels. The detective and police inspector Kurt Wallander faces the mysteries of Ystad, a small town in Sweden. The methods he applies are non-conventional. They don’t meet any police standards, but the results will never disappoint you.

This English crime series will immediately take you to the fictional Midsomer County, U.K. You can almost feel the air as you dive into the atmosphere of ideally green and lush lawns, gloomy hallways, and cold bedrooms. Tom and John Barnaby, along with the help of several sergeants, will put their best foot forward to investigate numerous murders and solve some intriguing puzzles.

This is definitely the most popular police procedural drama series of the 1990s and early 2000s. It follows the chief officer of Vienna Kriminalpolizei homicide unit — a German Shepherd police dog named Rex. A sensitive sense of smell, courage, and dedication to the fellow police officers turned him into a true gangbuster for the Austrian criminal underworld.

Dr. Temperance Brennan is a brilliant forensic anthropologist. She is able to find out nearly everything about a dead body just by investigating and identifying its bones. Brennan works in a team with Seeley Booth, a young FBI agent who believes that it is impossible to solve a crime when you only have the remains of the victims.

The main character, Megan Hunt, is a former neurosurgeon. Being unable to carry out complex surgeries after a car accident, she gives up on her career as a surgeon. Nevertheless, Dr. Hunt has come back as a forensic scientist and successfully solves mysteries behind her ’patients’ deaths.

In 2012, Louisiana reopened a case of a serial murder from 1995. Two detectives, who met during the first investigation, begin to chase the criminal again. The events take place both in the present time and in the past, with flashbacks to the mid-1990s.

Patrick Jane, a keen mentalist, psychic, and manipulator assists the California Bureau of Investigation (CBI) in solving all kinds of serious crimes.

This police procedural TV series follows the work of a special unit of the FBI. Instead of focusing on a careful study of the evidence, the group is trying to find and understand the motives of a crime. They do this by thoroughly analyzing criminals’ every step and trying to think like real criminals do.