© 2014–2021 TheSoul Publishing.
All rights reserved. All materials on this site are copyrighted and may not be used unless authorized by the Bright Side.
9-133

10 Things No Mother Should Ever Apologize For

15 Times True Love Was Perfectly Captured in a Photo

14 Early Photos of Famous Men That Might Make You Wonder, “Is That the Same Person?”

10 Unspoken Requirements for How Flight Attendants Should Look

15 Photos That Show What Decades of Time Are Capable Of

A young detective by the name of Smith came across a peculiar murder case. The case involved 5 people who all knew each other. One of them was shot dead with a pistol. Unfortunately, the documents didn't contain the names of either the victim or the murderer.

Smith carefully studied all the papers and managed to determine the names, thanks to a few important details. Today Bright Side invites you to test your logic. Can you find those clues and prove yourself a great investigator?

John is an amateur tennis player. The day after the crime occurred, he took part in a tournament, playing against a person who wasn't connected with the case.

Jack moved to the city a year before the murder happened. He was born and raised on a small island, whose inhabitants are mostly fishermen. So Jack's main dream in life is to own a fishing schooner.

Steve works as a model and is really fond of himself. So much so that, a few days before the murder, he began posing for Bill, who agreed to paint his full-length portrait.

Bill is a famous portrait painter. He says that he expects to finish Steve's portrait in a week's time.

Right after the murder occurred, Alex went to Antarctica as part of an expedition to study marine life. He is still at the South Pole, along with 20 other scientists.

In addition, the detective took note of the following important circumstances:

After much thought, Detective Smith managed to figure out the names of the killer and his victim. Can you do the same?

Flip the picture to see the answer. 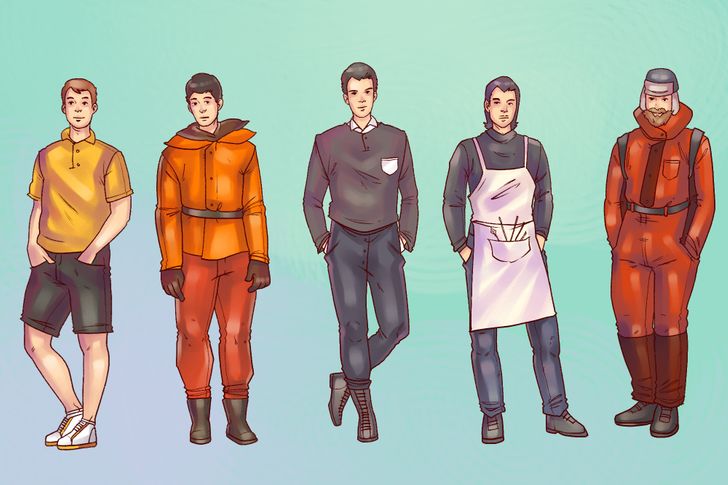 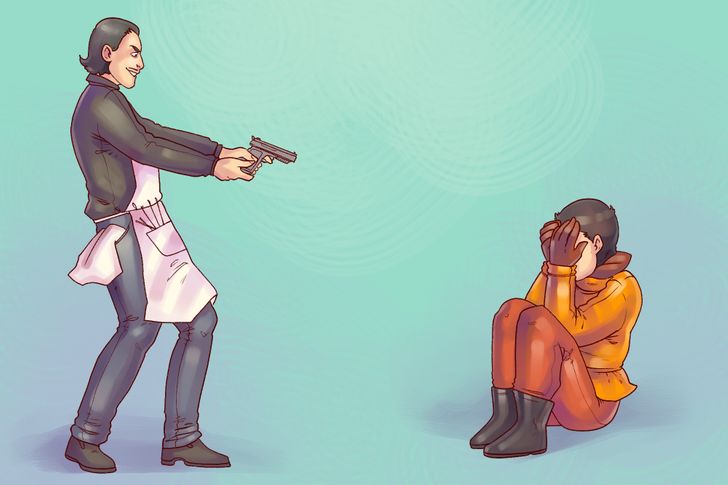 So how did the detective arrive at his conclusions?

Therefore, the murder was committed by either Jack or Bill. It is safe to assume that Jack is innocent because he grew up on an island and couldn't have known the culprit since childhood. This leaves us with Bill. Besides everything else, we know for a fact that he is still alive since he is currently finishing Steve's portrait. So Bill must be the killer.

It remains to find out who was the victim of the crime. Detective Smith knows that Alex (who is currently in Antarctica), John (who played tennis the day after the murder), and Steve (who is still posing for Bill) are most definitely alive.

Illustrations by Yekaterina Ragozina for Bright Side
8273
Share This Article