9 Ordinary Foods That Can Actually Harm Your Pet

Here’s What 14 Royals, Who Were Portrayed in Movies and TV Series, Looked Like in Real Life

15 Photos That Can Boost Your Mood Better Than Serotonin Pills

15+ Kids Whose Logic Will Make Your Head Spin 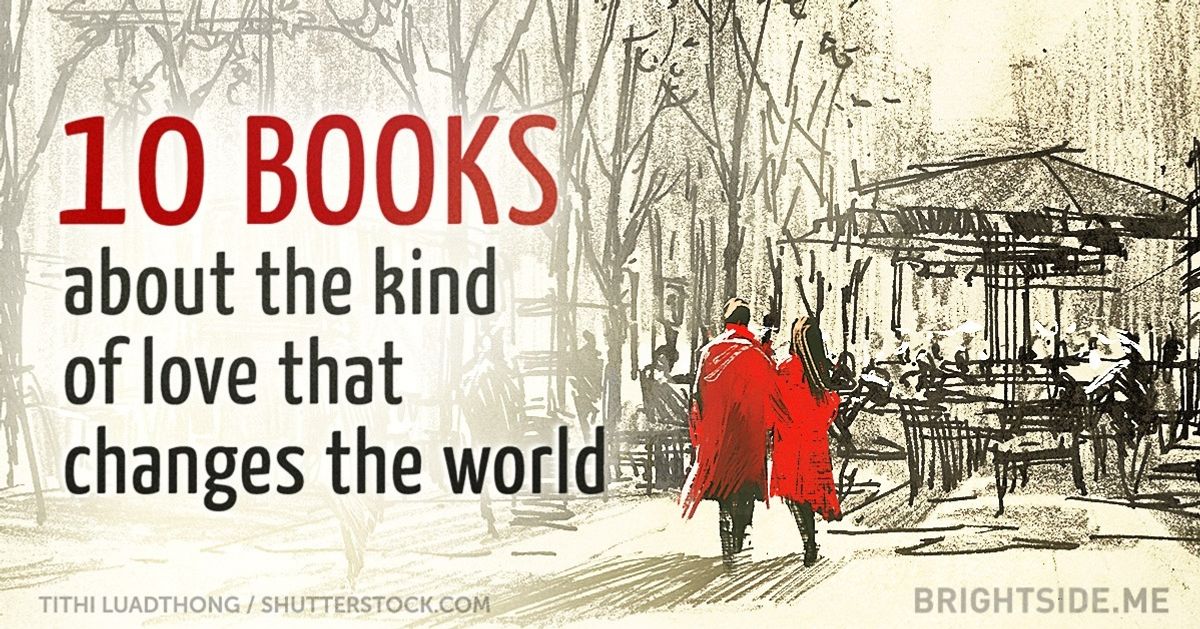 Despite what some say, most of the deeds people do are in the name of love. Sometimes it turns the world upside-down, changes it beyond recognition, affecting everyone; sometimes it changes the fate of individuals. In Afghanistan and sunny Italy, Germany and Argentina — all over the world, ordinary men and women suddenly realize that they cannot live without a certain person. Now they’re ready for everything, and each particular case is a drop in the ocean of changes.

The Bright Side team is pretty sure that love is the greatest driving force. That’s why we collected 10 books explaining all about it.

Khaled Hosseini
Love is a great feeling. Hidden deep inside your soul, forbidden, secret, it’s still waiting in the wings. This book is about love and war, about self-sacrifice and devotion, and about the power of women. For all its seriousness, the book gives us hope as light as a feather; a hope that everyone will be okay — the characters, the reader, and all of us.
Buy

’The Solitude of Prime Numbers’

Paolo Giordano
Once upon a time, there was a withdrawn boy and a lonely girl, suffering from anorexia. They lived their lives, and then they met. They understood at once that there’s an invisible, though strong thread that ties them up. The boy thinks that they’re prime numbers, lost and lonely; they stand by each other, but they can’t really touch.
Buy

Erich Maria Remarque
In the difficult years after WWI, the main character sells tombstones in a provincial German town. He lacks money because inflation rules the country, and that’s why he moonlights in a hospital’s chapel playing the organ. He meets his love there in a psych ward. That’s Remarque, guys.
Buy

’Love in the Time of Cholera’

Gabriel Garcia Marquez
Is it possible that a person, having fallen in love in their youth, will carry it always and forever? Will this love guide all of the person’s actions? Yes, it will. Years will go by, the boarders will change, and you will still love her. Or him. Because there’s nothing more difficult — and at the same time easier — than love.
Buy

Lauren Oliver
Here is a world in which love is forbidden. It’s a disease, the most dangerous amor deliria nervosa, and whoever breaks this rule will be punished severely. Every citizen at the age of 18 has to go through the procedure of release from memories of the past, carrying the virus of deliria. Lena’s got only a few months before the procedure, and she could live as any other person — if she hadn’t met a special guy.
Buy

Andrew Davidson
This is a strikingly deep novel. It wraps you in its magic, stretches out over centuries and ethnicities, bonds people and ties up fates. This is love, and it’s stronger than a plague. It can shout to the world through a glass statue’s mouth. This is the wrath of the humble. There are so many little worlds and tiny life stories in the book that they’re almost like stars in the endless universe.
Buy

’The Ground Beneath Her Feet’

Salman Rushdie
They met when they were children, and they fell in love at once. They separated dozens of times; they were together, and they were apart, and they presented the whole world with their wonderful music. One could hear their voices on the radio all over the world, but then the ground swallowed her, and the world cried for her. Their love was the music.
Buy

Ethel Lilian Voynich
This book is not only about love; it’s also about friendship, mutual understanding, growing up and making a choice. The revolution gripped Italy, and life became too hard to love someone. On one hand, love gives us strength. On the other, it ties our hands. The book is full of light and the bitter sadness of unrealized dreams. People say almost everyone who reads it cries. There’s so much recognizable emotion hiding between its pages.
Buy

Michael Ondaatje
The war is over. A woman and children with ’dead’ eyes live in a half-destroyed villa. Recently, she picked up a burnt Englishman, and now she’s trying to nurse him back to health. In return, he tells her the story of his life: about the incredible love that once saved him — the very thing for which life is worth living.
Buy

’The Sense of an Ending’

Julian Barnes
When most of your life is behind you, it’s a pleasure to remember old days. Tony Webster enjoys the quiet and recalls fragments of his life. Then he receives a letter that breaks down his calm. There was a page in his past that he wanted to tear out, and he did. The past is unforgiving and merciless, though, and it’s high time to open this page once again.
Buy
Preview photo credit Tithi Luadthong/shutterstock.com
2-101-
25k