20 People Who Deserve a Standing Ovation For Their Hard Work 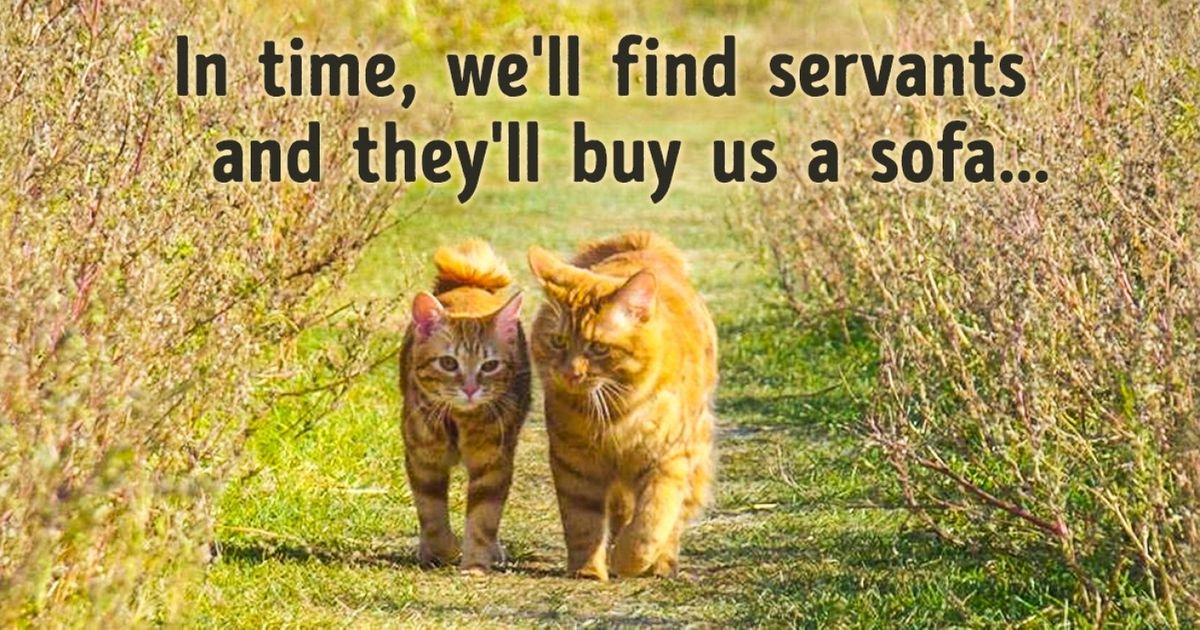 Bright Side has put together a collection of these closely guarded secret rules to help you establish good relations with your cat.

The law of feline magnetism

Cat fur is attracted only to things of a contrasting color, regardless of the color of the cat.

The law of sleeping beside a cat

Cats must sleep in their owners' beds as often as possible, preferably in a pose that's comfortable for them and not for anyone else.

The law of the misshapen rug

No rug can remain in its original flat state for any lengthy period of time.

The law of observing the refrigerator

If a cat stares intently at the refrigerator for long enough, someone will come and provide something tasty from it for the cat (and for no one else).

The law of feline resistance

The resistance shown by a cat is directly proportional to the desire of their owner to force them to do something.

The law on cleanliness

The desire to get dirty appears straight after being cleaned.

The law of endless milk consumption

A cat can drink any quantity of milk, even if that quantity is several times larger than the volume of the cat itself.

The law on defining value

The desire of a cat to scratch furniture is directly proportional to the furniture's value.

The law of feline inertia

A cat will remain in its desired state of rest until it decides otherwise, regardless of the laws of physics.

The law of feline extension

A cat's body stretches at a rate directly proportional to the time it spends asleep.

The law of feline agility

Given the right amount of time, a cat will be able to reach any area of your home that attracts its interest.

The law on moving house

The likelihood of an empty box soon being occupied by a cat when moving house is approximately 100%.

The law on feline curiosity

A cat's interest is indirectly proportional to the amount of effort a person puts into attracting its attention.

The law of feline physics

The possibility of being made to take any kind of medicine is sufficient to provide a cat with enough energy to overcome the known laws of physics and carry out teleportation.

The law of the feline gaze