© 2014–2022 TheSoul Publishing.
All rights reserved. All materials on this site are copyrighted and may not be used unless authorized by the Bright Side.
26-131

15 People Who Put All Their Feelings in a Tattoo

Man Falls in Love With a Stranger on Tinder, Who Decides to Donate His Kidney to Him

16 Clients Who Could Drive Anyone Up a Wall

What 15 Famous Women Looked Like in Their Childhood, at the Peak of Their Career, and Now

12 Celebrities Who Were Hiding Their Real Age for Years

10 Ways Kylie’s Parenting Style Is Different Than Her Sisters 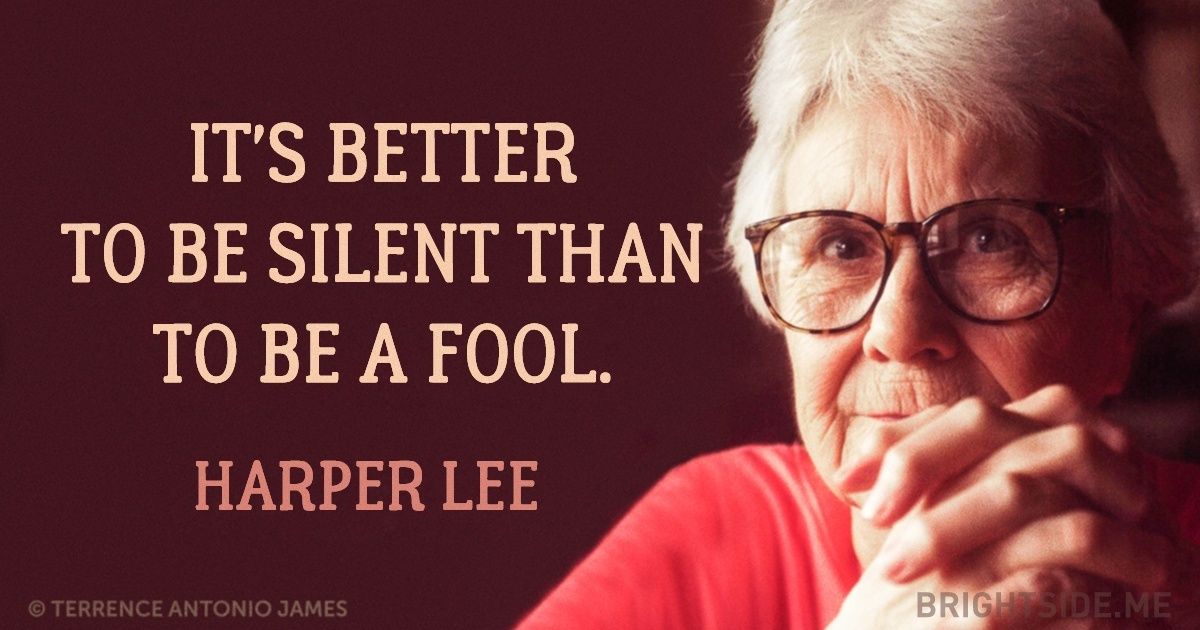 Nelle Harper Lee was an ordinary airline reservation agent in New York. Everything changed in December 1956, when she received a gift of a year’s wages from her friends with a few encouraging words: ’You have one year off from your job to write whatever you please. Merry Christmas’. Thanks to their present, Lee wrote ’To Kill a Mockingbird’, which eventually sold 30 million copies. The book was translated into many different languages and is still highly regarded and highly rated all over the world.

Today, we at Bright Side would like to express our gratitude to Harper Lee for her incredible contribution to world literature and the important insights she shared with her readers in her famous novel.

’’Most people are, Scout, when you finally see them.’’