© 2014–2022 TheSoul Publishing.
All rights reserved. All materials on this site are copyrighted and may not be used unless authorized by the Bright Side.
3-101

10+ Big Goofs We Somehow Missed in Our Favorite Movies

10 Actors Who Played Their Roles So Well, We Want to Give Them a Standing Ovation 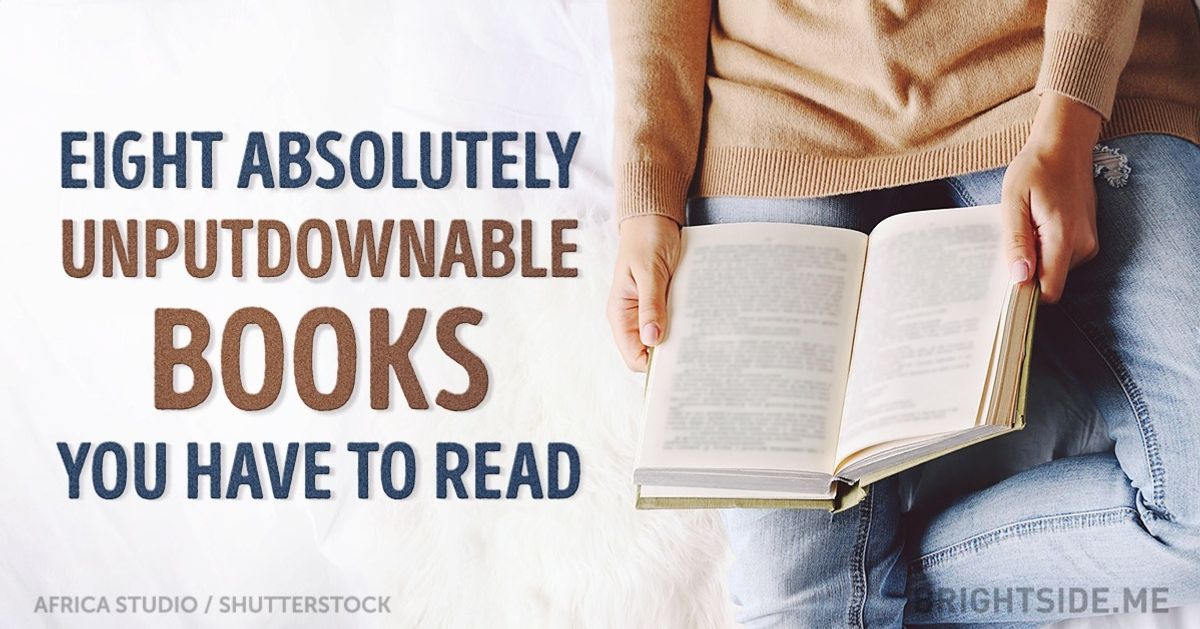 8 absolutely unputdownable books you have to read

Keeping readers in suspense and at the same time telling a meaningful story is an art that not a lot of authors have mastered. But there are books out there that, despite being relatively short, will capture your attention from the very first pages and won’t let you go till the rest of the world fades away.

We at Bright Side found eight books that can give you a whole night (and then a whole day) filled with overwhelming emotions, leaving you to enjoy the pleasant aftertaste.

Daniel Keyes
If you’re seeking a pleasant and thought-provoking read, try this short story by Daniel Keyes. He’ll show you how a person feels going from a simple janitor at a bakery, whose IQ is less than 60, to a genius and the most intelligent person on the planet. In a situation like this, is it possible to overcome your fears and cope with loneliness? Keyes offers his answer to this question.
Buy

Orphans of the Sky

Robert A. Heinlein
A giant generation ship is cruising without guidance through the depths of the universe. Its inhabitants have long forgotten the outside world and lapsed into a pre-technological culture marked by superstition. This novel brought Heinlein wide recognition, and will grip you tight and won’t let you go for months (or even years) afterward. Are we, the digital generation, that different from the passengers of that faraway imaginary spaceship?
Buy

Anna Gavalda
This little poetic parable is about the main things in life: choices we make, the power of love and devotion. About family. The story of a thirteen-year-old boy who one day has to summon all his strength and courage and take a step towards adulthood proves once again that dreams do come true. After all, no matter how many pounds we have, we’re all trying not to lose hope.
Buy

Neil Gaiman
Imagine that under the streets of your city there is a world most people don’t know about. Monsters and saints live there, words possess very real power, dangers lurk at every turn, it’s always dark and smells kinda funny... And you just can’t look away. Neil Gaiman opens a door into such a world. Dare to go down there and get lost for a night or two.
Buy

Ray Bradbury
451° F is the temperature at which paper catches fire and burns. The futuristic world where books are burned, people are bombarded with mindless information, and any dissent is punished with electroshock, is terrible. It’s terrible because it’s slowly turning into reality. But as long as there is love, beauty and the pursuit of truth, there’s still a chance.
Buy

Stephen King
Even if you think that King is not ’your’ author, that horror is not ’your’ genre, that you’re more interested in character’s emotions and their internal struggle, this book will nevertheless take its rightful place in your library. It’s not about blood and serial killers, but rather about a tough psychological confrontation of man with himself. Goosebumps guaranteed.
Buy

Ian McEwan
This is a short, very intimate and poignant story of newlyweds, the answer to the question ’what happens when people fail to communicate with each other and to be heard?’ This strange problem with which some people are faced could be easily solved with a simple conversation. But at some point you can’t help but wonder: do they actually love each other?...
Buy

Françoise Sagan
If you don’t enjoy thrillers or sci-fi and stories about dragon-riding sly detectives, if you’re craving something lyrical, slow and tender, this beautiful little book by Françoise Sagan is just what the doctor ordered. It’s a pleasant exception among traditional romance novels: you’ll find all of the advantages of high-quality literature here. And yes, it’s a real page-turner.
Buy
23-126-
Bright Side/Books/8 absolutely unputdownable books you have to read
Share This Article