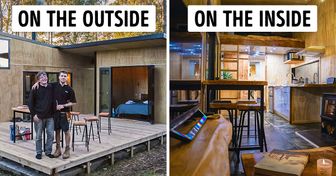 15 Everyday Foods That Aren’t What We Think They Are

Strawberries aren’t berries and white chocolate isn’t chocolate. These facts might sound surprising, but they’re totally true. Science classifies food items a little differently than how we classify them in our kitchen.

Bright Side made a list of food items that aren’t “botanically” what we think them to be. And don’t miss the bonus section at the end where you can guess which of the 2 is the real meat patty.

Strawberries are not berries and neither are raspberries or blackberries. 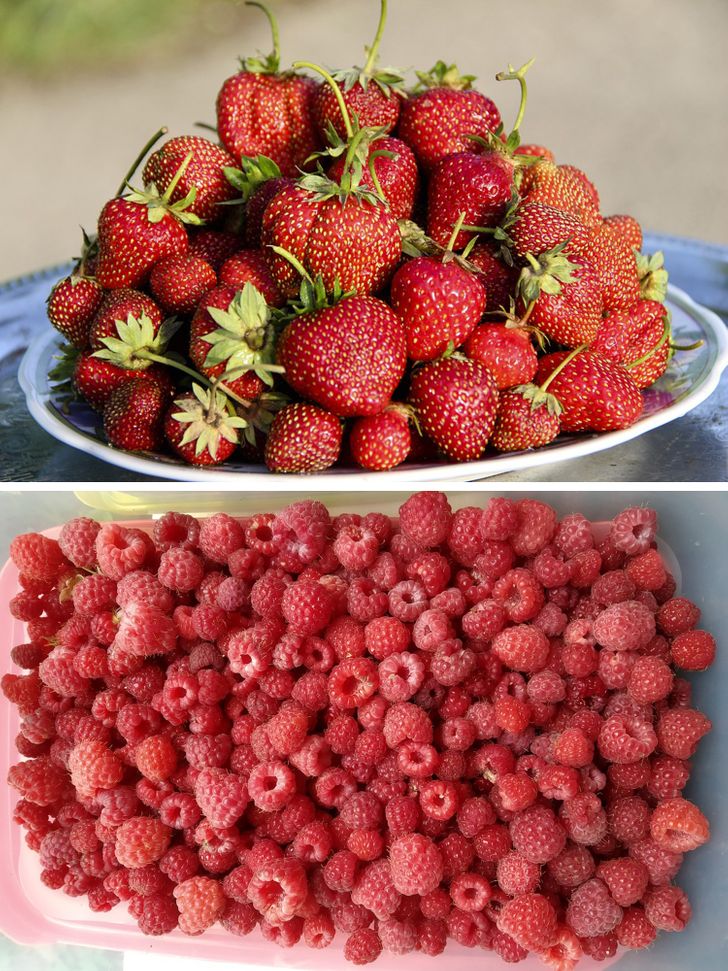 Officially berries are defined as fleshy fruits produced from the ovary of a single flower. And strawberries, raspberries, and blackberries do not meet this criterion.

An avocado is a berry, and so are bananas. 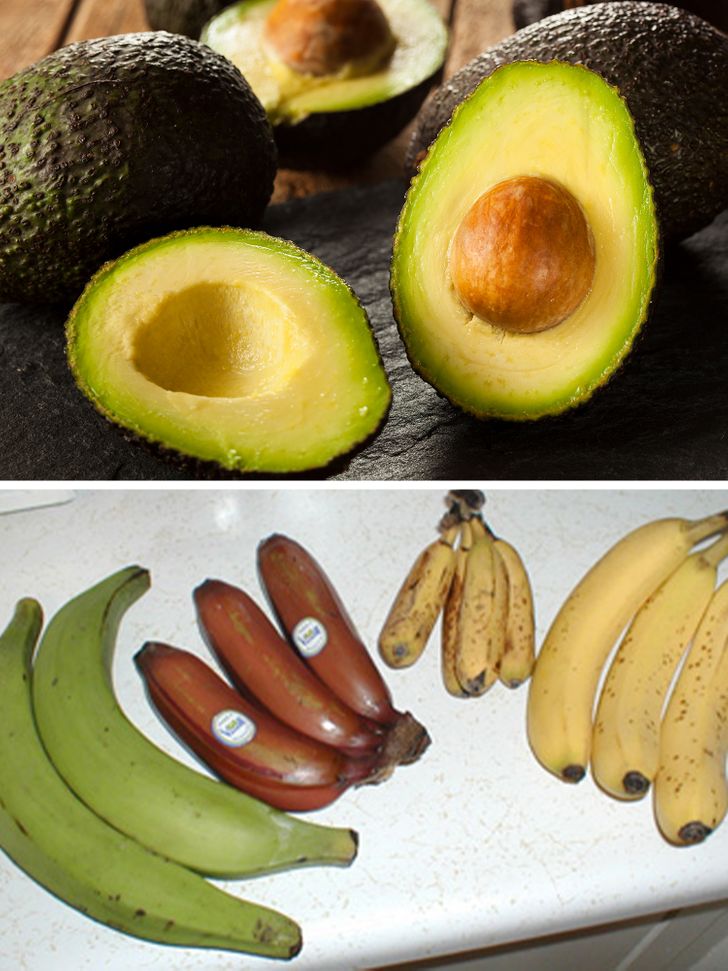 Avocados and bananas are fleshy fruits produced from the ovary of a single flower, so they are technically classified as berries.

And grapes are berries too.

Grapes are born from a single ovary, therefore they are berries too.

Sugarcane is a grass.

Although a bit taller than your everyday grass, sugarcane is technically classified as a grass.

Peanuts are not nuts, they are actually considered beans. 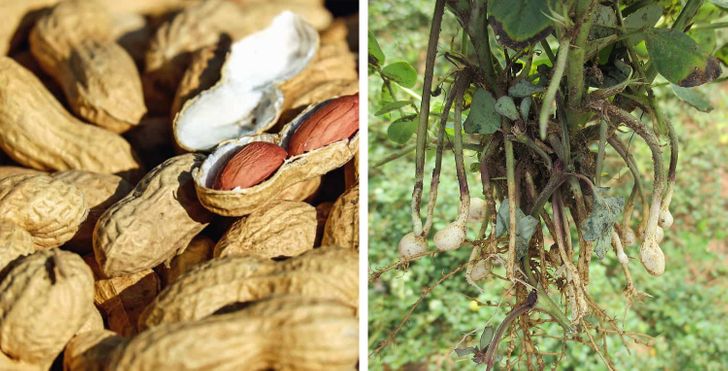 Nuts grow on trees, whereas peanuts grow in pods underground. Botanists classify peanuts as legumes which means that they are from the same family as beans, peas, and lentils.

White chocolate is made with cocoa butter, milk solids, and sugar, and does not contain cocoa solids that give the traditional darker chocolates their recognizable flavor and color.

There’s a lot of debate regarding quinoa being a grain or a seed. Biologically speaking quinoa is a seed that is harvested from a tall, leafy plant that is not a cereal grass. It is a close relative of spinach, beets, and chard.

Eggplant is not a vegetable, it’s a fruit — technically a berry. 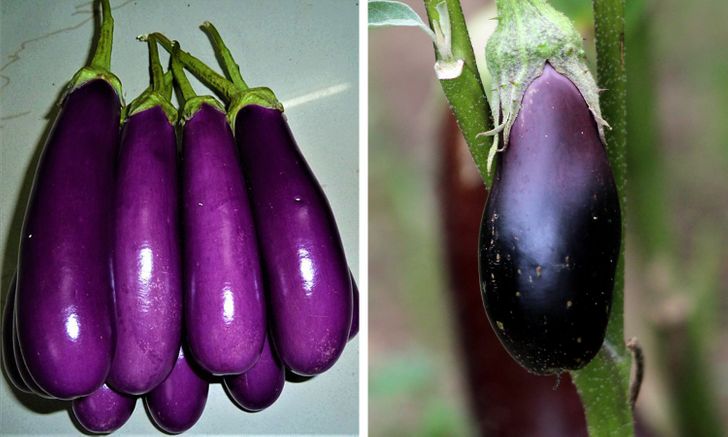 While in the kitchen eggplant is treated as a vegetable because we do not eat it raw for its sweetness, scientists classify it as a fruit since it has seeds inside.

Tomatoes are fruits too. 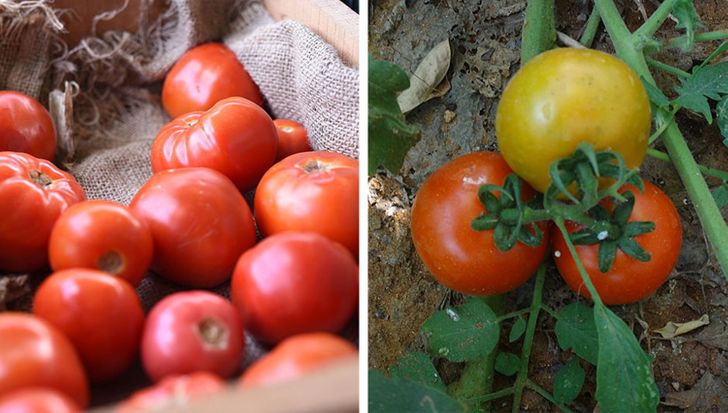 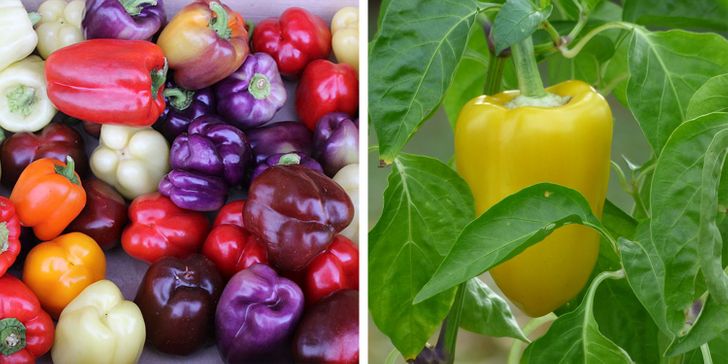 We have all seen the inside of peppers that are laden with seeds, therefore no matter how we use them in the kitchen, they are fruits.

Chili peppers are fruits too.

But Rhubarb is a vegetable, not a fruit. 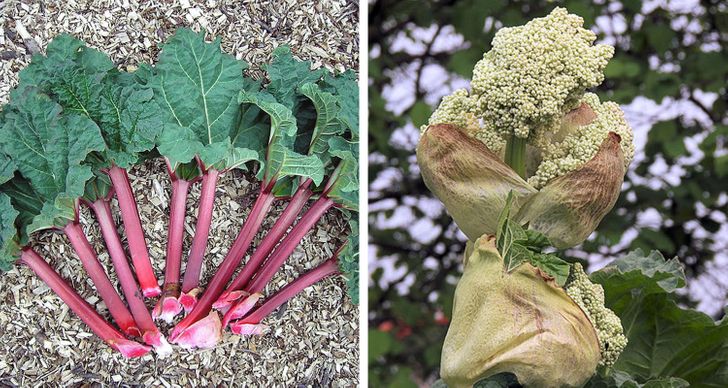 No seeds here, so Rhubarb gets classified as a vegetable, not a fruit.

And Okra is a fruit, not a vegetable. 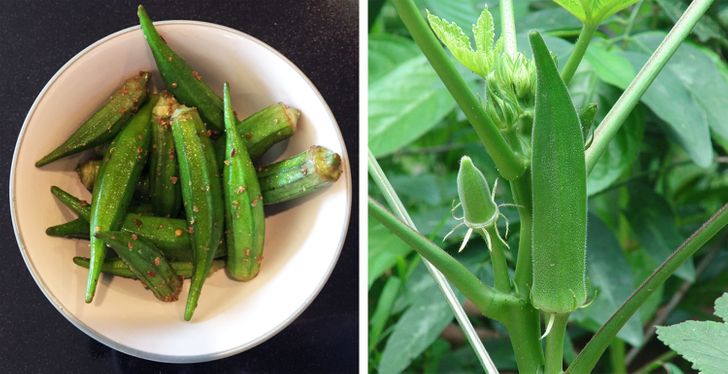 The presence of seeds inside okra classifies them as a fruit.

Your everyday crabsticks are not from crabs.

The crabsticks that you buy from the supermarket are not made from crab. They are in fact a mixture of starches, fillers, and white fish paste, that’s rolled into the shape of a crab leg. This is usually not gluten-free and has orange food dye to make it appear more “crabby.”

You have probably never been served real Wasabi. 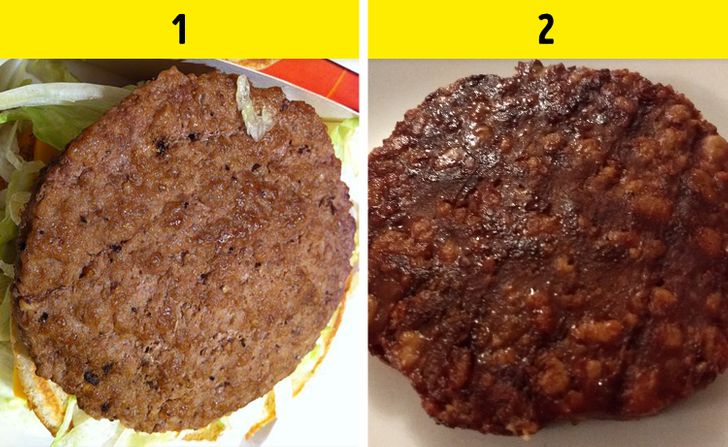 With a rise in the popularity of vegetarianism and with many scientists speculating that keeping up with the demand for meat in the future might become environmentally unsustainable, some companies have come up with plant-based substitutes for meat that taste, smell, and look like the real thing.

For each food item that you knew correctly, give yourself one point. And in the comments tell us how many points you scored. Share this article with your friends and play the game. And could you figure out which one was the real meat patty? It’s number 1. Kudos if you guessed it correctly!