Kindness keeps the world afloat. Luckily, there are people who care enough to make a difference. Modern technology opens up new opportunities for further development and interaction in medicine, charity, and social spheres.

For example, the Bristol-based company Open Bionics proved that disability no longer limits the possibilities of children with upper limb amputations. They can become real superheroes by turning into characters from their favorite movies.

We at Bright Side are ready to tell you inspiring stories of Open Bionics and other companies that showed how innovation changes lives.

Knowing how much children’s self-esteem may be affected by disability, Open Bionics decided to help them find a source of empowerment and self-expression in things they believed were holding them back. The company creates 3D-printed superhero prostheses that can be created in 42 hours and are 30 times cheaper than some similar products on the market. While most amputees have no prostheses at all or have to use outdated devices, modern 3D printing will make bionic hands more affordable.

In cooperation with designers and the support of Disney, Open Bionics created a memorable and eye-catching collection of superhero prostheses. Now children can choose if they want to be Iron Man from the Marvel Universe, a character from Star Wars, or maybe Queen Elsa from Disney’s Frozen. And the most amazing part is that the Open Bionics team decided to make the 3D-printable devices open source, so people around the world can build their own prostheses free of charge.

"Who’s to say what your replacement hand should look like? It’s an expression of yourself. We want to change children who have limb differences into bionic superheroes."

Although Open Bionics is probably the most well-known company on the market, it isn’t the only one that’s dedicated itself to making affordable and creative prostheses. Let’s have a look at other inspiring teams from around the world:

Motorica is a company based in Russia that creates functional hand prostheses for children, and the designs are based on comic books and fairy tales. In addition to the original design, a customer can select useful devices: a pencil holder or a flashlight. Motorica believes that it’s time to make a difference as many prostheses for children were designed 15-20 years ago and haven’t changed much since then, attracting negative attention and accentuating the problem.

"When we started making prostheses, I believed that they shouldn’t look like a medical product. A modern prosthesis is an accessory. People are attracted not only by its technical characteristics but also by its appearance. When we buy shoes, we go to several shops before we make our choice. So it is important to choose what will reflect our character." 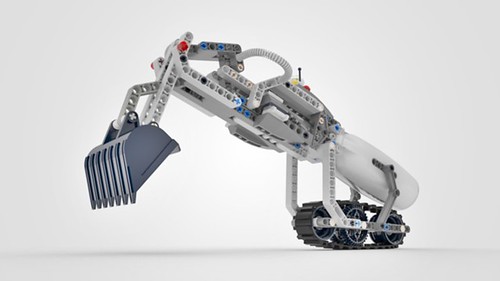 "LEGO can make everything better, even if it’s a prosthesis for a kid." This was the idea of Carlos Arturo Torres, a designer who believed that a prosthesis should not only satisfy physical needs but be a source of creativity, imagination, and learning. That’s why he created a prosthetic system that helps children to see it as one of their toys, so it could help them feel more comfortable when interacting with other children. IKO lets kids build their own LEGO on a connector terminal on the forearm component and modify the arm itself.

"My friends in psychology used to tell me that when a kid has a disability, he is not really aware of it until he faces society. That’s when they have a super-rough encounter."

Po is a charitable organization established in Paraguay, offering help to those who can’t afford to buy a prosthesis. According to statistics, only 1% of people who suffered an upper limb amputation have a prosthesis. This organization provides 3D-printed prostheses for a small donation, which contributes to the development of the project. The rest is covered through private donations. The team of designers and engineers aims to create prostheses that really empower individuality and reflect the character of their owner. So a person can choose their favorite color, cartoon, or superhero and go with their style and taste.

"Creating and developing Po, we have seen the power of leveraging new technologies, like 3D printing, the Myo armband, and the power of open source. We believe that these technologies applied to social impact are not only disrupting an industry but are rewriting the rules of the game for the future of prosthetics and handing the power of innovation to people all around the world." 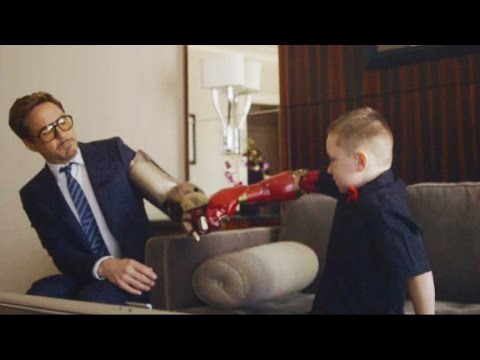 If you need to brighten your day, check out this inspiring video of Robert Downey Jr. presenting a little boy with his own prosthetic Iron Man arm, created with the help of the Limbitless Solution project.

We believe that love and kindness make the world go around. Feel free to share with us in the comments section your thoughts on the topic and your ideas on how technology can improve people’s lives!

0
0
0
0
5k
© 2014–2020 TheSoul Publishing. All rights reserved. All materials on this site are copyrighted and may not be used unless authorized by the Bright Side.