© 2014–2021 TheSoul Publishing.
All rights reserved. All materials on this site are copyrighted and may not be used unless authorized by the Bright Side.
9-8-

How Do I Ask My Crush Out? Please Help! 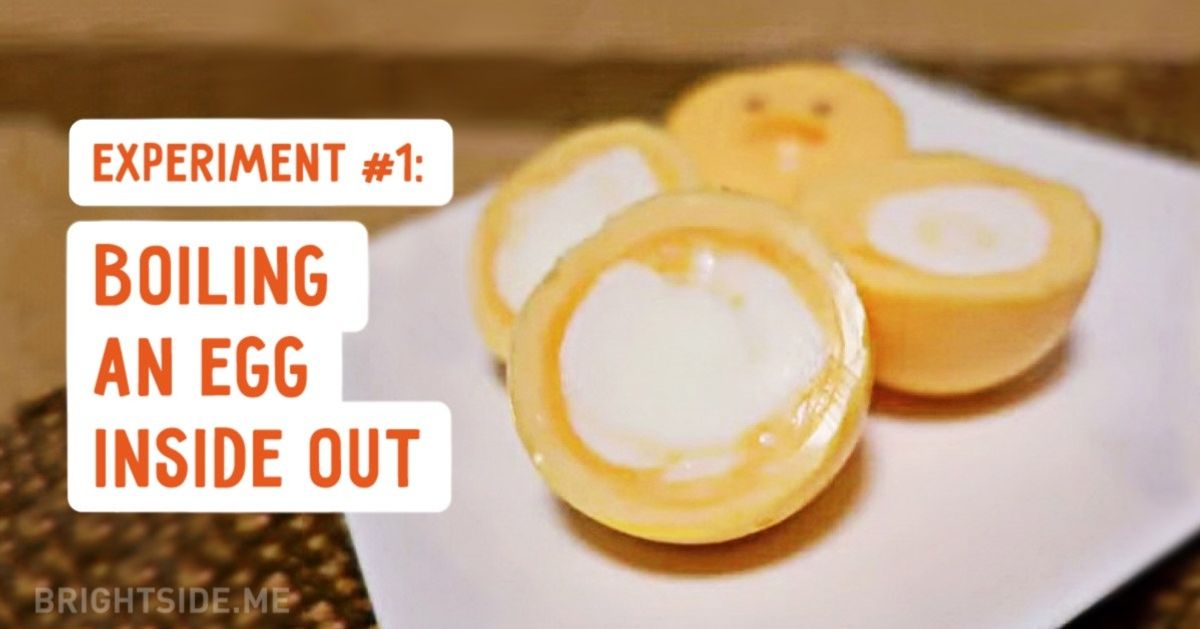 It is not that difficult to make children believe you’re a part-time wizard. All you need is some practical knowledge and unlimited imagination. Science will do the rest.

We at Bright Side are convinced that these six elementary scientific experiments will definitely make your children believe in magic.

You’ll need a zipped plastic bag, some water, blue food dye, an extra pair of hands and a little bit of imagination.

Add some color to the water by dropping 4-5 drops of blue food dye in it.

For a more natural look you can draw clouds and waves on the bag and then pour the colored water into it.

Now tightly seal the bag and stick it to a window using some scotch tape. Then wait for the result...and it will totally be worth it. Now you have your very own weather generator at home. And your children will be able to watch the rain pouring right into a small sea.

The Earth has a limited amount of water on it, so our planet came up with the phenomenon of water circulation. Under the warm sunshine, the water in the bag evaporates, turning into steam. Cooling down as it reaches the top, it transforms into liquid again and falls as precipitation. This phenomenon can be observed in the bag for a few days. But it occurs all the time in the outside world.

You’ll need water, a transparent glass jar with a lid (the taller the better), washing up liquid, sequins, and a lot of strength.

Fill three quarters of the jar with water and add a few drops of washing up liquid. After a few seconds, add the dye and the sequins. These are to help you to see the tornado better. Close the jar, spin it in a spiralling motion, and observe.

When you spin a jar in a circular motion, you create a vortex of water that looks like a mini-tornado. Water rotates fast around the center of the vortex due to centrifugal force. Centrifugal force is a force within a directing object or a liquid such as water, relative to the center of its circular path. Tornadoes occur in nature too, but they’re sure more pleasant to look at in the glass jar.

You’ll need 5 small cups, 1 cup of hot water, a tablespoon, a syringe and one curious child with a sweet tooth. You’ll also need some skittles: 2 red, 4 orange, 6 yellow, 8 green and 10 purple ones.

Pour 2 tablespoons of water into each glass. Pick the required number of candies and put them into the glasses. Hot water will help the candy to dissolve faster. If the candy dissolves slowly, put the cup in the microwave for 30 seconds. Then let the liquid cool down to room temperature.

Using a syringe, pour the colored liquid into a small glass jar, starting with the most dense color (purple) and ending with the least dense color (red). Drip the syrup in carefully, otherwise all the layers will get mixed up. It’s better to make the droplets go on the side of the jar and let the syrup flow down slowly. As a result, you will get a rainbow-like juice out of Skittles.

As you may have guessed, the whole secret is in the density of the syrup. The thicker and heavier layer moves downwards faster, while the less thick syrup rises to the surface.

You’ll need a lemon, a cotton bud, a bottle, any jewelry of your choice (hearts, sequins, beads) and lots of love.

Squeeze a bit of lemon juice into a glass, then dip the cotton bud into it. Use it to write down your secret message.

To reveal the message you should heat it (by ironing it or holding the paper over the fire or in the oven). Be sure not to allow your children to try to do this on their own.

Lemon juice is an organic substance which can be oxidized (reacts with oxygen). When heated, it becomes brown and burns faster than paper. Orange juice, milk, vinegar, wine, honey and onion juice have the same effect.

Cut each worm into 4 pieces. It’s a good idea to moisten the knife you are using with water to prevent the marmalade from sticking to the blade. Then dissolve 3 tablespoons of baking soda in warm water.

Now put your mini-worms in the baking soda solution and wait for about 15 minutes. Next, pull them out and put them into the glass with vinegar in it. They will immediately be covered with bubbles, start ’dancing’, and rush to the surface.

When you put the worms that have been moistened in soda into the vinegar, the acetic acid reacts with the bicarbonate (from baking soda). Bubbles of carbon dioxide appear on the worms, pulling them to the surface and making them twist. On the surface, the bubbles burst and the worms drop to the bottom, which produces new bubbles that push them to the surface again. For the best results, try using about 4 worms at a time, so that they can ’dance’ freely in the glass.

You will need one or two eggs, some scotch tape, a stocking, and a pot of water.

Before starting the experiment, you should ’inspect’ the egg with a flashlight. It will be easy to seen through. Then wrap the egg with the scotch tape firmly and thoroughly.

Take the stocking and place the egg approximately in the middle of it on the inside, twist the bits of stocking on both sides.

Take the stocking by both ends and twist the egg around its axis. You can check whether the egg is ready for the magic using a flashlight. You can boil the egg when it becomes shadow-proof.

Cook the egg without removing the scotch tape, turning it from side to side. Boil the egg for 10 minutes then allow it to cool down, and peel off the shell. You’ll end up with the miracle of an inside out egg!