Why Women Aren’t Diagnosed As Quickly As Men

Danish scientists conducted a huge study analyzing the hospital admissions of more than 6 million patients and it turns out that it takes women much longer than men to get qualified assistance. On average, the difference can be up to 4 years, while this period of time can be crucial in getting fully recovered. In this article, you’ll find out why there are still differences in “male” and “female” medicine, and what consequences this can lead to.

At Bright Side, we also conducted our own study by asking women about the worst recommendation they’ve ever gotten from a doctor. Based on the answers we received, we identified some criteria that should be a red flag, warning you that you should change your specialist immediately.

Criterion #1: All diseases come from being single. 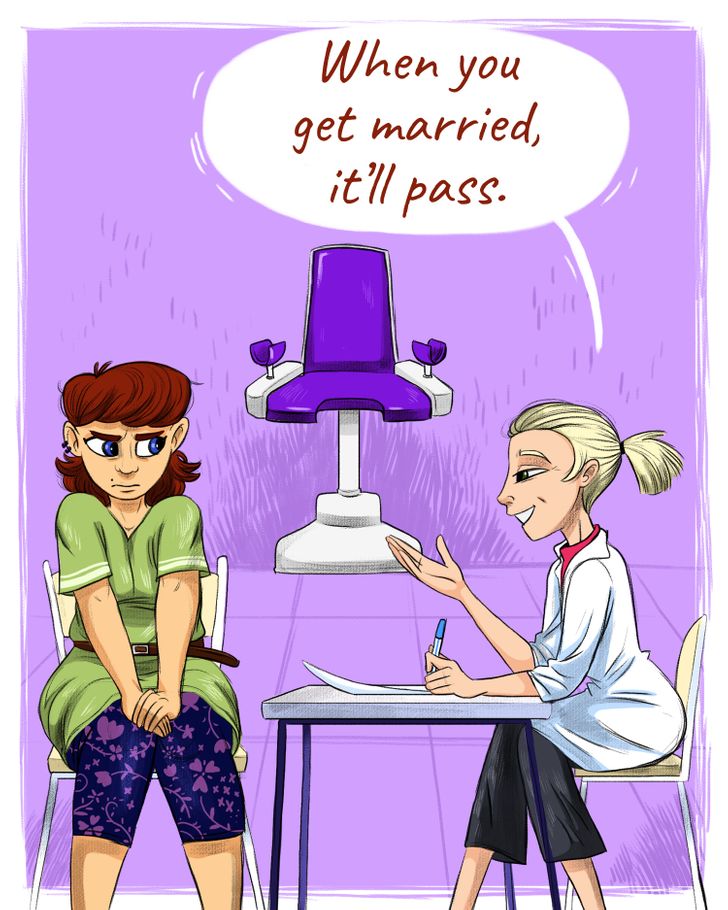 This may sound like a paradox, but women usually encounter this stereotypic medical opinion when they visit a gynecologist. For example, about one in 10 women have endometriosis, but it can take them up to 8 years to be diagnosed with this or another autoimmune disease, and they have to visit 5 different doctors, on average, to finally get their diagnosis. Why does this happen? Often, when a woman experiences pelvic pain, it’s recommended to her that she needs to lead a regular sexual life. For some reason, doctors think that that’s the cure for all female diseases.

Criterion #2: Anything can be “cured” with childbirth. 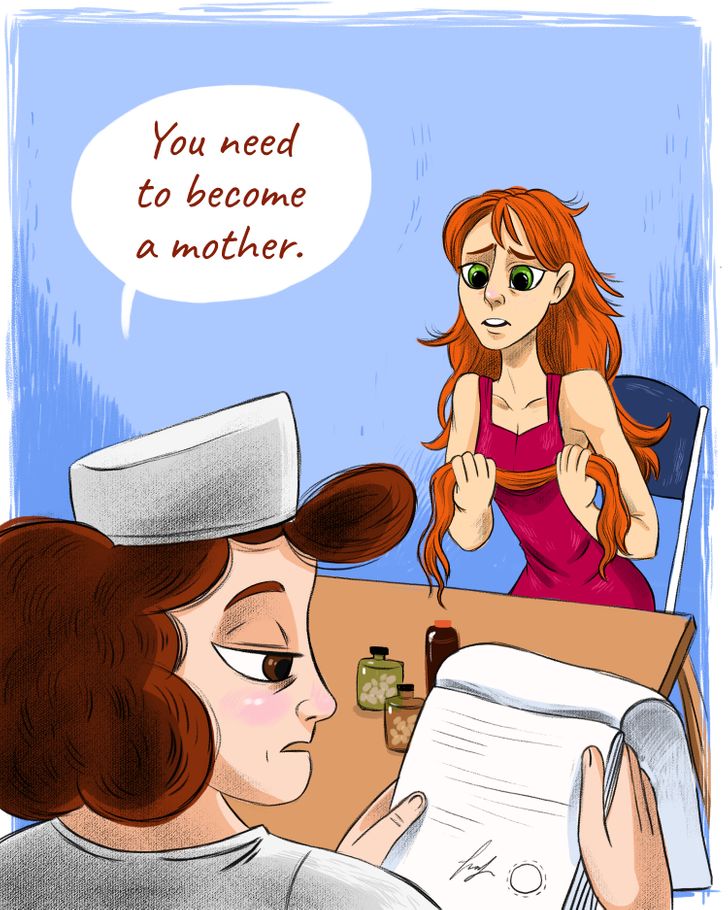 If a woman finds a regular partner, but her health hasn’t improved, she could get a recommendation that holds the second place in terms of popularity, which is to become a mother. Knowledgeable specialists are aware that childbirth is a serious test, even for a healthy body. A woman can get post-natal depression, cardiovascular diseases, the condition of her teeth, hair, and nails can worsen significantly, etc. So, it’s obvious that childbirth can’t be a remedy. Besides, having children is a huge responsibility. They need care, love, and financial support, and they can’t replace proper diagnostics and treatment. 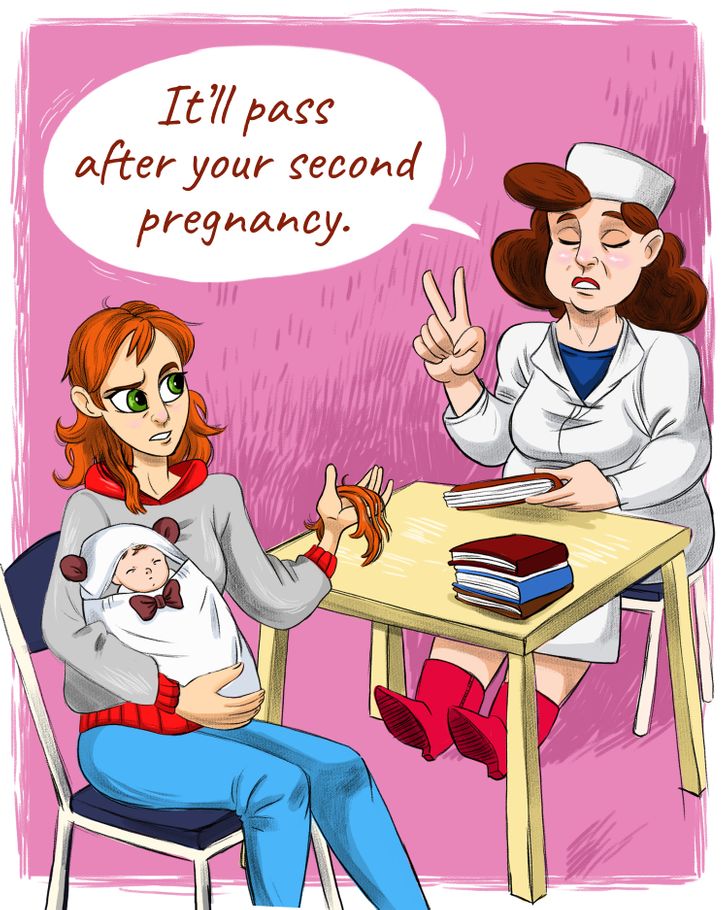 It seems that the purpose of the second child is to solve problems that appeared after the birth of the first one. But as we mentioned above, even the first pregnancy is a serious test to a woman’s body. While the second pregnancy only increases the risk of developing old and new diseases.

Specialists say that a woman should wait at least 18 months before getting pregnant again. Too little time between pregnancies increases the risk of premature birth, it can also lead to the reoccurrence of diseases that appeared during the first pregnancy. That’s why, before you plan your next pregnancy, you need to have a full physical. 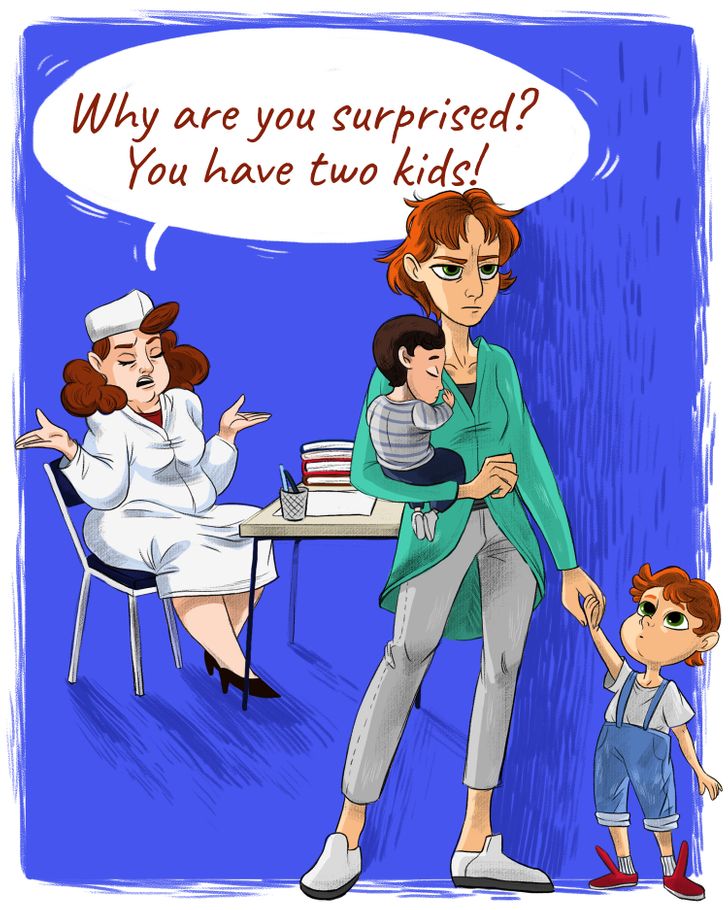 If a woman is persistent and goes to see the same doctor, she is then lectured that all her problems are absolutely normal for a pregnant woman.

1. “You’ve never given birth, why are you surprised?”

The other important problem is that doctors don’t always know how medications can affect a woman’s body. For many years, clinical research was only conducted on men because it was more simple and cheaper. Men don’t have periods and their tests are always clear. That is why when women are prescribed a regular dose of medication, which is calculated in accordance with an average male body mass and male metabolism, it can lead to side effects and even an overdose. 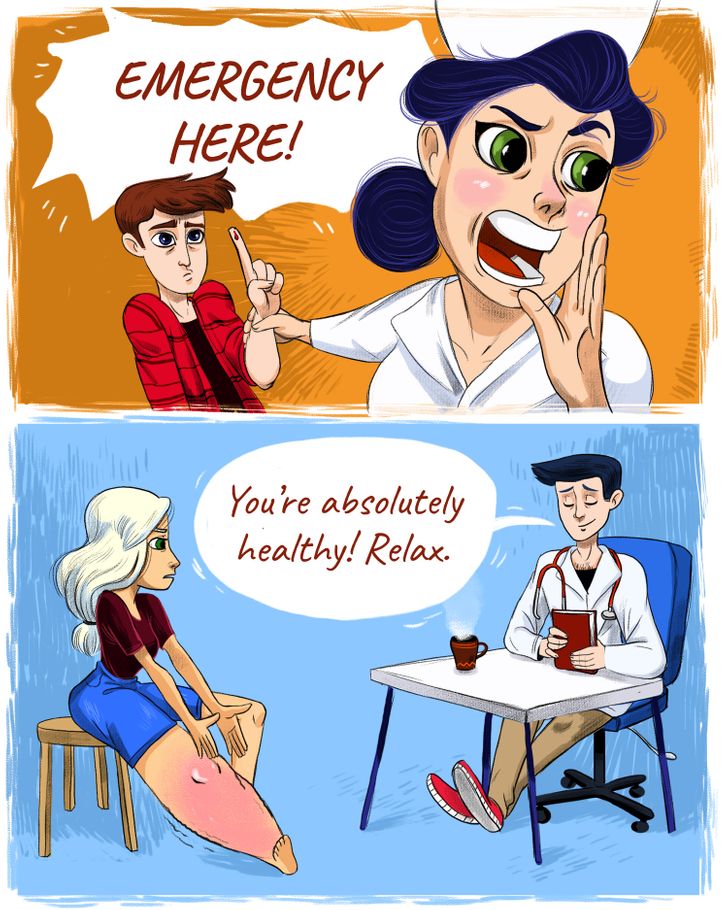 It is believed that women are more emotional and are more inclined to exaggerate their problems, while men try to endure even severe pain. Studies have showed that on average, women receive any analgesic treatment in an emergency department 16 minutes later than men. Women also have less of a chance to get a full workup when they go to the emergency room with symptoms of an acute cardiac ischemia. It happens because their symptoms can differ from those of men. For example, women might complain of discomfort in their stomach, nausea, and pain in their lower jaw. That is why they can be sent back home with the recommendation to relax. 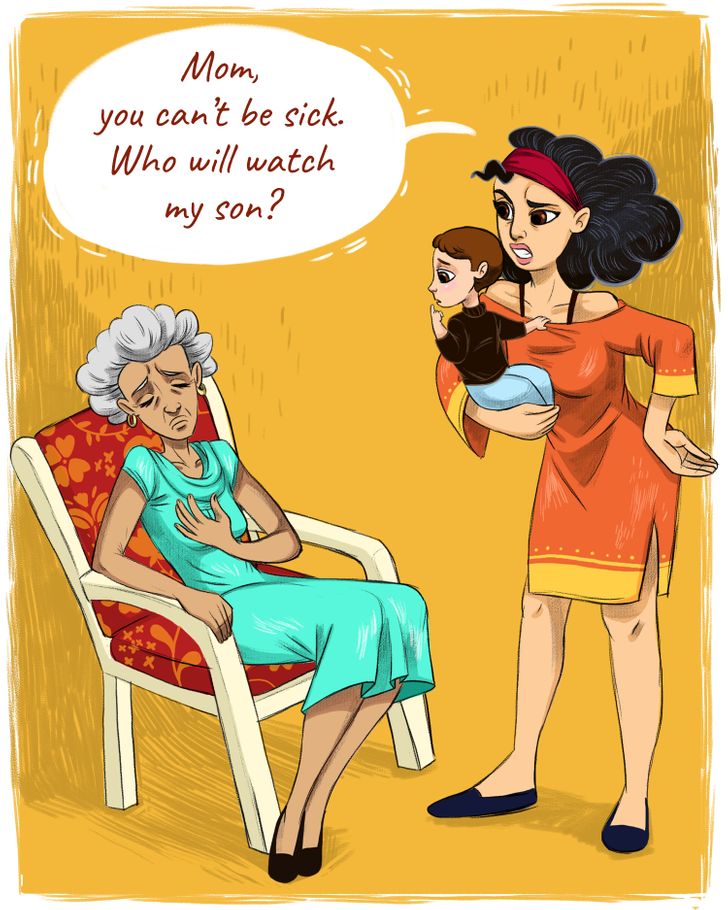 What can women do about this? They should stop hiding and belittling their problems trying not to seem like a whiner or seem paranoid. They should be more attentive to themselves and those around them.

Have you and your friends ever encountered similar problems?