© 2014–2021 TheSoul Publishing.
All rights reserved. All materials on this site are copyrighted and may not be used unless authorized by the Bright Side.
25-428

Test: We Bet You Can’t Guess the Celebrity by Their Famous Tattoo

17 People Who Proved That Summer Heat Can Drive Anybody Crazy

8 Ways to Deal With a Highly Sensitive Child

9 Things That May Annoy Even the Most Hospitable People 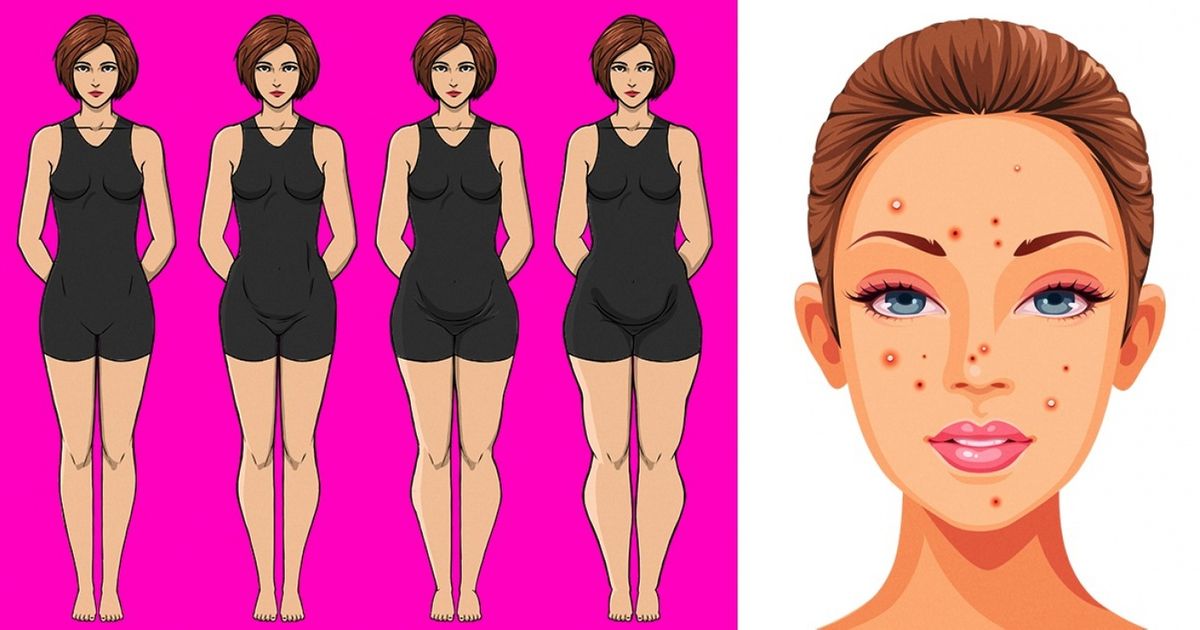 11 Symptoms of Hormonal Imbalance Every Woman Should Know

Many important processes in our bodies are controlled by hormones. So, when the production of hormones is disrupted, this influences our mood, behavior, well-being, and appearance. But how to understand that the problem is caused by hormones, and which of them exactly?

Bright Side will tell you about the most common signs of a hormonal imbalance.

Acne and blackheads can appear if your pores are blocked. However, some doctors claim that sudden acne appearance can often be caused by sudden hormonal changes in the body. For example, a very low androgen level leads to acne all over the body. Such things can often be noticed during the teenage years when it is very hard to get rid of acne.

According to endocrinologists, the reason why you often have headaches (except for stress and fatigue) can be low estrogen level. Estrogen is a female hormone which is produced in the ovaries and controls all the metabolic processes in the brain and the spinal cord. That's why if you have too much or too little of it, it can be the reason for migraines or a constant bad mood.

Insomnia is a very dangerous sign because it may be connected with a low level of progesterone. Dr. Traci Johnson, a sleep specialist, says that progesterone is the natural relaxant. It can relax you, calm you down, and normalize your sleep. Changes in the level of this hormone often lead to insomnia.

According to the Academy of Psychosomatic Medicine, estrogen and progesterone are very low in women who have just given birth. That's why some women can have trouble sleeping during this period. But it shouldn't happen in other situations.

Sudden sweating or fever are the most common signs that there is something wrong with your hormonal balance. Hormones control the temperature of the body, so if you have some kind of an imbalance, you might feel very hot suddenly.

According to doctors, this symptom is common after menopause when the hormone level is very unstable. In other cases, this symptom indicates that there is a problem in the body.

All of us get tired from time to time, but if you feel tired all the time, even when you are resting, this may be a sign of hormonal imbalance.

Doctors from Maryland write that chronic fatigue can be caused by problems in the production of the thyroid hormones.

If you have a hormonal imbalance, your body can gain weight regardless of what foods you eat. A shortage or an excess of the production of certain hormones can make the body keep the fat and lose muscle mass.

For example, high levels of estrogen, cortisol, or insulin with a low level of testosterone can lead to the storage of fat in the belly. And the low level of thyroid hormones slows down the metabolism and leads to an increase in body mass.

Excessive hair loss can be caused by thyroid hormones, insulin, or testosterone. For example, testosterone makes men big and hairy.

However, when women have a high level of testosterone, they often become bald. Under certain conditions, a hormone derived from testosterone tries to destroy the hair follicles which leads to hair loss.

Many people have probably been in a situation when they had some stomach problems because they were feeling nervous about something. Such an effect is caused by a huge hormonal release because of stress.

A study conducted at the University of Texas showed that a high level of estrogen influences the microflora of intestines. Other studies showed that high levels of hormones in the ovaries can lead to seizures and stomach aches.

Our bodies synthesize hormones which are responsible for our appetite and hunger. An imbalance of these hormones leads to uncontrolled bouts of hunger.

Doctors have found out that there are two hormones which need to be in balance to control hunger — leptin and ghrelin. Leptin decreases the hunger when we've eaten something and ghrelin does the opposite — it lets us know when it's time to eat.

Constant forgetfulness and low focus can be caused by different factors, including hormonal imbalance. And again, it's all about low cortisol and estrogen levels.

Studies have shown that low estrogen levels can cause forgetfulness, the inability to focus, and an unclear mind. And a low cortisol level influences short-term memory.

A change in breast size is one of the most serious signs of problems in the body. A sudden decrease in estrogen level influences the skin humidification and elasticity. This is why breasts can lose their shape, volume, and change in size.

Besides, inside the breast itself, there may appear something solid which can cause a lot of discomfort. According to the National Cancer Institute, breast changes happen very rarely and most of the time, such changes have nothing to do with cancer. This happens only because of hormonal changes or before menopause.

Have you ever noticed any of the symptoms described in this article? Share your experience in the comment section below!