8 Foods and Drinks That Can Boost Women’s Health

Women have a number of unique nutritional needs and choosing the right kinds of foods and drinks can have a positive effect on their health. As studies have shown, choosing certain food groups and beverages can help in improving health and preventing certain diseases.

We at Bright Side want to share some of the foods and beverages that can be beneficial sources of nutrients and that will contribute to you having a healthy body. 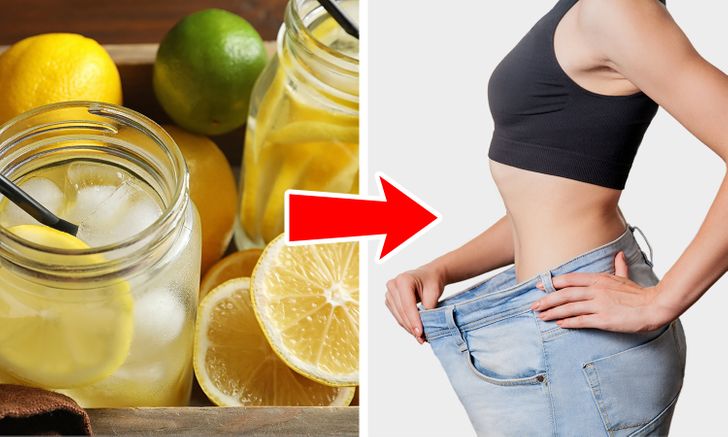 Lemon water is very essential in the digestion process since, as we get older, the amount of acids in our stomach declines. A study shows that over 30% of women were found to have atrophic gastritis, which is a condition that is marked by little or no stomach acid.

Lemons are great for weight loss since they are packed with flavor, but thankfully not calories — the juice of an entire lemon has only 12 calories, but a whopping third of the daily recommended value of vitamin C. But it’s more than just a diet-friendly flavor-booster. It aids in weight loss since it helps you fight hunger cravings, as well as detoxify the liver.

The citrus flavonoids in lemon acids also have detoxifying abilities that aid in fighting cancer and reducing inflammation. 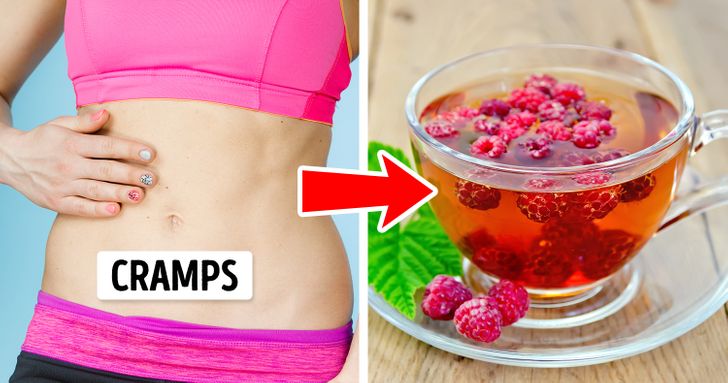 Raspberry leaf tea, also known as the woman’s herb, is a well-known drink that is beneficial in women’s health since it is naturally high in vitamins and minerals that are necessary for the female body. It contains iron, calcium, potassium, vitamins B, A, C, and E.

It is commonly used by pregnant women to ease and shorten their labor, but it has also been proven to ease symptoms of premenstrual syndrome (PMS), heavy bleeding, and painful cramps. This is due to the high vitamins and minerals that it contains that balance hormones and strengthen the uterine walls. When making the tea, you can always add real raspberries (see above) for an extra flavor boost. 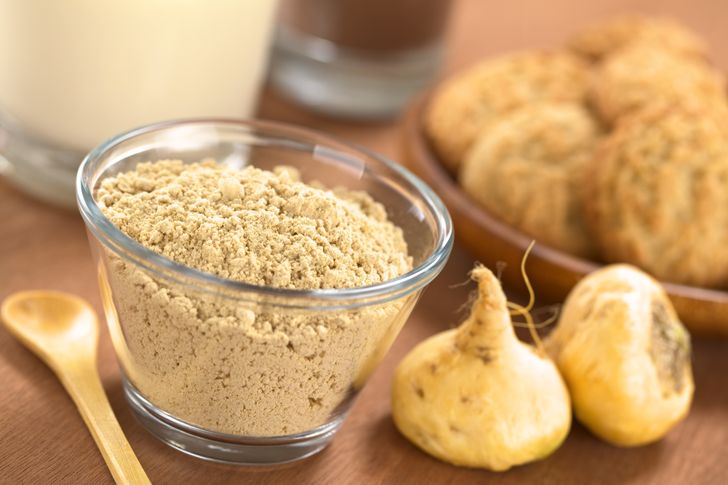 Maca is a cruciferous vegetable and therefore related to broccoli, cauliflower, cabbage, and kale. It has a long history of culinary and medicinal use in Peru. The main edible part of the plant is the root, which grows underground. It exists in several colors, ranging from white to black and can be found in powder form.

Maca has been proven to alleviate menopausal symptoms such as hot flashes, mood swings, and sleep problems. It has also traditionally been used to enhance fertility, improve moods, and balance your hormones.

Maca root is easy to incorporate into your diet. It can be taken as a supplement or added to smoothies, oatmeal, baked goods, energy bars, and more. 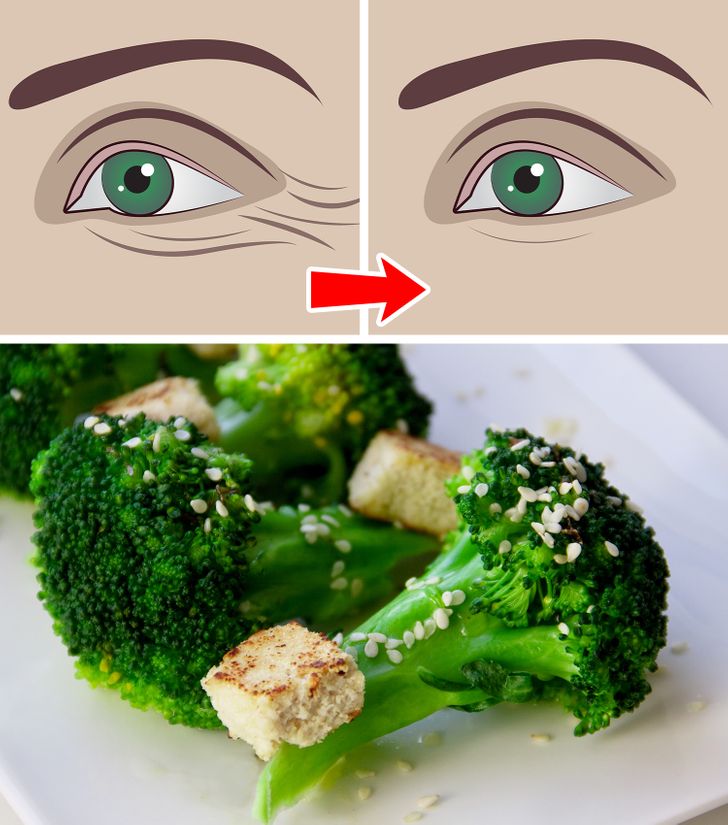 Broccoli is one vegetable superfood that solves various problems plaguing your health. A cup of broccoli has 100% of the vitamins that are crucial for the production of collagen. Collagen gives the skin its elasticity. It is also rich in vitamin A, which assists in cell renewal and helps old skin cells be replaced with new ones.

5. Spicing up your meals with turmeric aids in treating infections.

Turmeric is one of the most well-studied medicinal herbs of our time and its versatility as a natural remedy for common ailments has made it an incredibly popular and time-tested dietary supplement. Turmeric contains powerful antioxidants and anti-inflammatory properties. However, it’s also well-known for its antifungal, antibacterial, and antiviral activity. Thus, it stands that turmeric could be an effective treatment against the candida fungus. 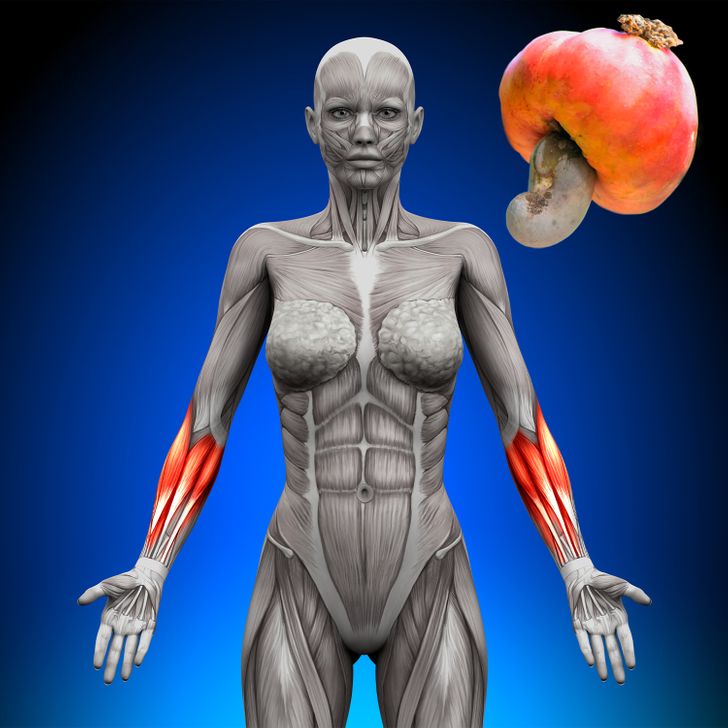 Cashews are a good source of minerals, especially magnesium, potassium, phosphorus, zinc, and selenium, and they contain some iron, manganese, and copper that are necessary for the electrical movement of your heart and muscles and are important for the movement of bodily fluid.

Cashew nuts contain about 12 grams of fat per ounce, including 2 grams of saturated fat, but it’s considered relatively “good fat” by nutritionists. Compared to other nuts, like walnuts, peanuts, and pecans, cashews are significantly lower in fat. 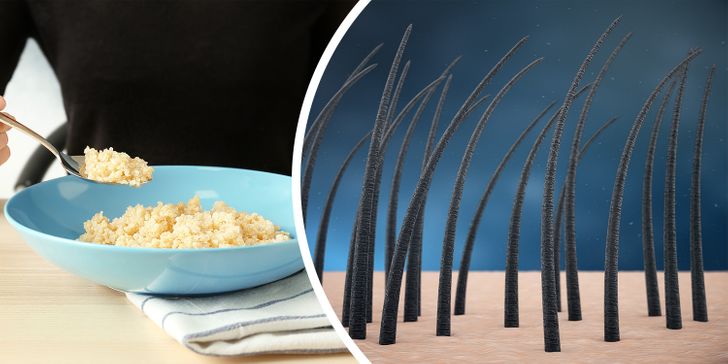 Quinoa is a plant based food that provides complete protein, plus fiber, making it filling. It is also considered a whole grain and a superfood. The health food world is obsessed with adding it into salads and using it as a rice substitute.

Its high protein content protects and nourishes hair follicles while the humectants in it nourish and hydrate the scalp and keep it well-conditioned. They form an invisible film over the hair to protect it from environmental conditions like pollution and dust. 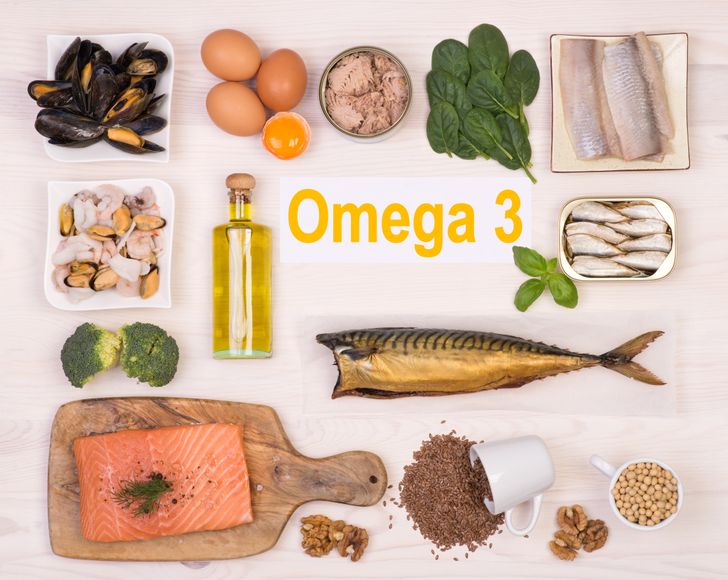 There are a number of foods that are rich in Omega 3 fatty acids and the most common are seafoods such as:

Foods that are rich in Omega 3 contain eicosapentaenoic acid, docosahexaenoic acid, and EPA acids. The acids aid in various health benefits for women’s health, like the development of babies in the womb and it also decreases the risk of heart disease. There are also other items with added Omega 3 fatty acids that you can take like beverages such as milk, yogurt, and soy beverages.

Try make it your main protein choice a couple of times a week.

What other healthy foods and drinks would you add to the list? Tell us in the comment section below.