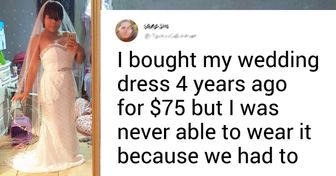 How Much of These 15 Popular Foods and Items Can Kill You?

As Paracelsus, the famous alchemist, said, "Poison is in everything, and no thing is without poison. The dosage makes it either a poison or a remedy."

To be on the safe side, Bright Side decided to find out the quantities of popular foods and goods that can turn them into deadly poisons. All the numbers are given in accordance with one-time consumption by a statistically average man of 180 lb.

Everyone has heard that they should drink 2 liters of water every day. But if you drink 3 times as much, your kidneys will not be able to process this much liquid and get it out of your system. The result can be internal organ and brain edema and respiratory arrest. So, yes, you can get poisoned with water! And this was recently demonstrated by Jennifer Strange, who drank 7.5 liters of water during the "Hold Your Wee for a Wii" contest. 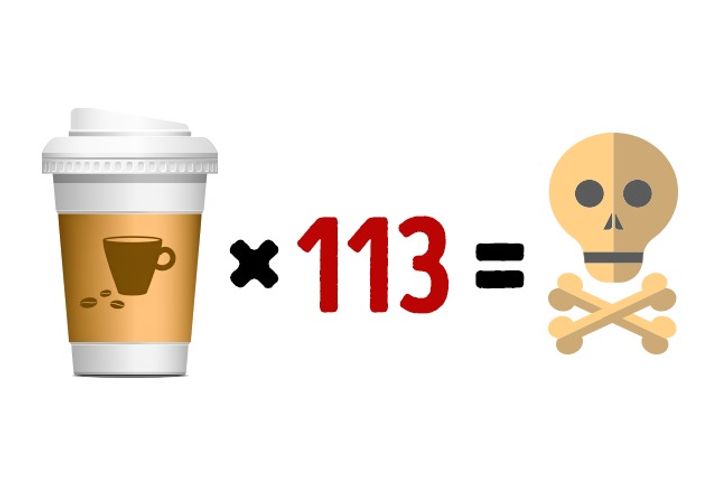 Half an ounce of caffeine is believed to be a lethal dose. It is approximately 113 coffee cups (of 250 ml). It is worth mentioning that in this case, a person would probably die not from the caffeine overdose but water intoxication: 113 cups are actually almost 30 liters of water. So if you don’t eat coffee beans or mouthfuls of instant coffee, you are safe. Just don’t mix it with soda or energy drinks, like this teenager from South Carolina. 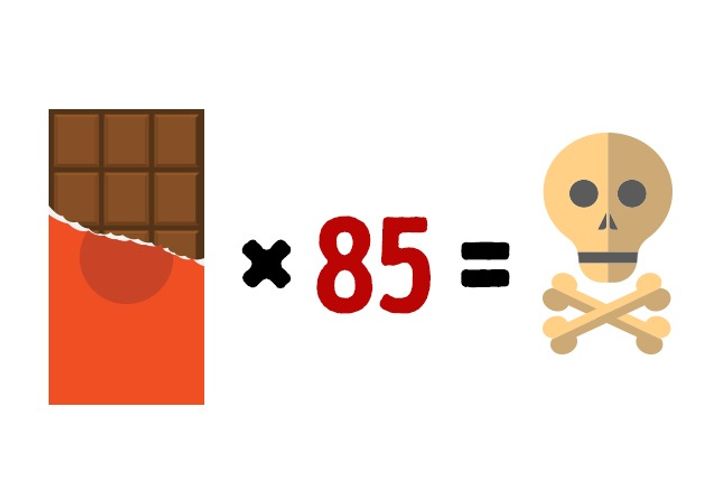 Chocolate contains a small amount of theobromine. This alkaloid is a powerful agent that stimulates the central nervous system. But if you ate 22 lb of chocolate in one sitting, it could lead first to nausea and diarrhea, then an epileptic fit, then internal bleeding, cardiac infarction, and finally death. 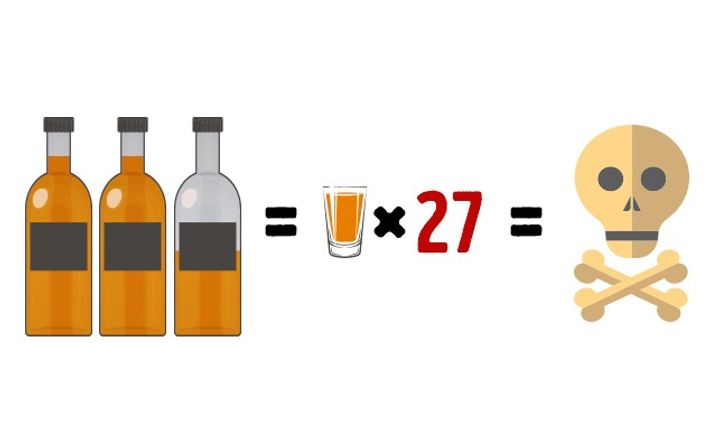 For a healthy man, a deadly dose would be 1.25 liters of 40% alcohol (approximately 27 shots of 45 ml each). But it will happen only if the man finishes this amount within one hour and does not throw up. 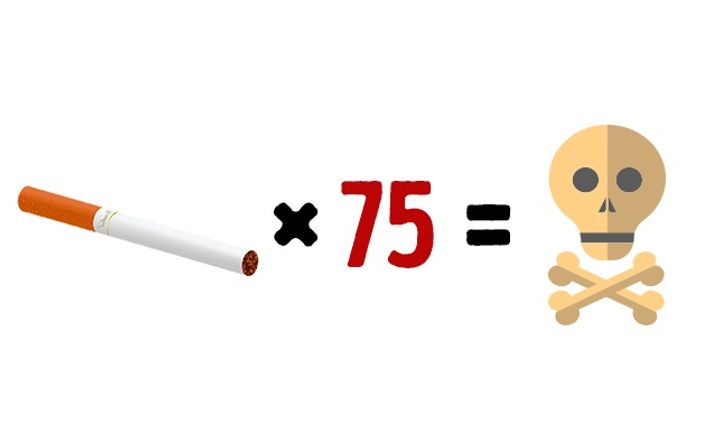 Taking into account that each standard cigarette contains approximately 0.8 mg of nicotine, 75 cigarettes can blow you to kingdom come. 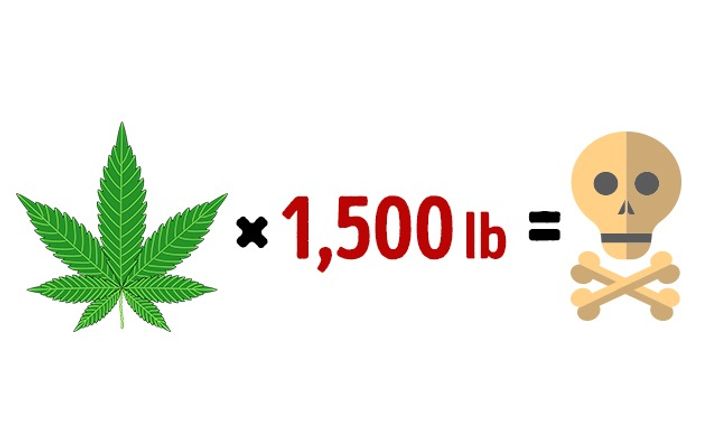 Things are slightly different with marijuana. The fatal dose is 1,500 lb, smoked within 15 minutes or 48 lb eaten at one time. And you probably won’t enjoy it at all. Not even Snoop Dogg can do that. 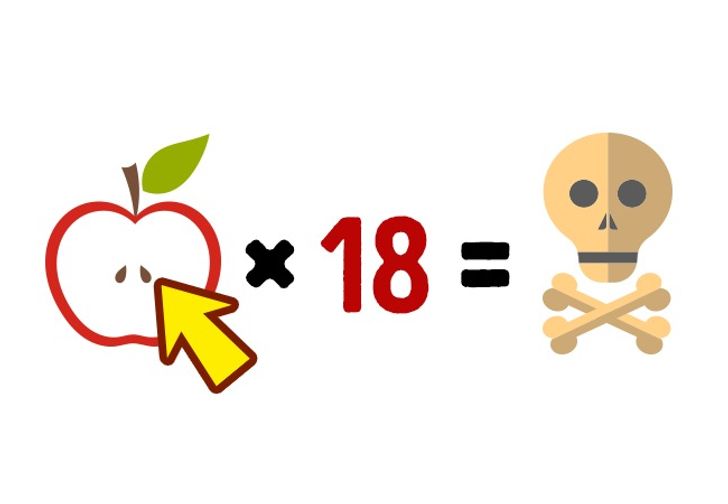 You won’t die from eating 18 apples. But if you take out the seeds from those 18 apples, smash them to pieces, chew them thoroughly, and swallow them, then there is a possibility that you will die because apple seeds contain cyanide. Just like that! 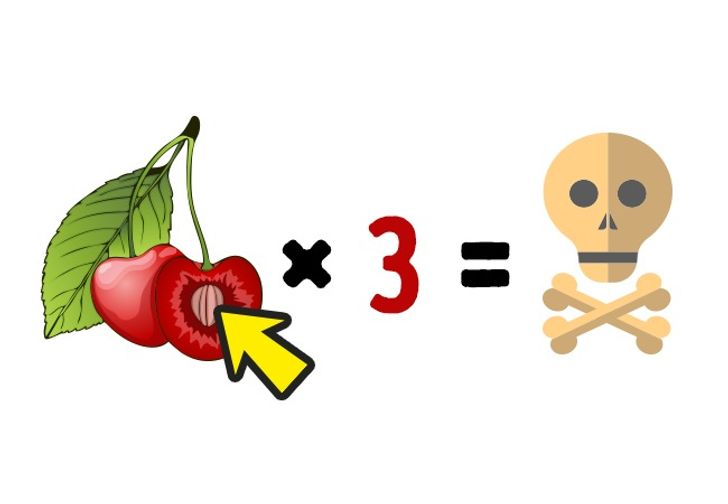 The same destiny awaits not only fans of apple seeds but also those who chew crushed cherry stones because they also contain cyanide (as well as apricot, peach, and bitter almond stones). For example, this guy bit into a cherry stone to find a nut inside. He liked it so much that he decided to eat another 2. 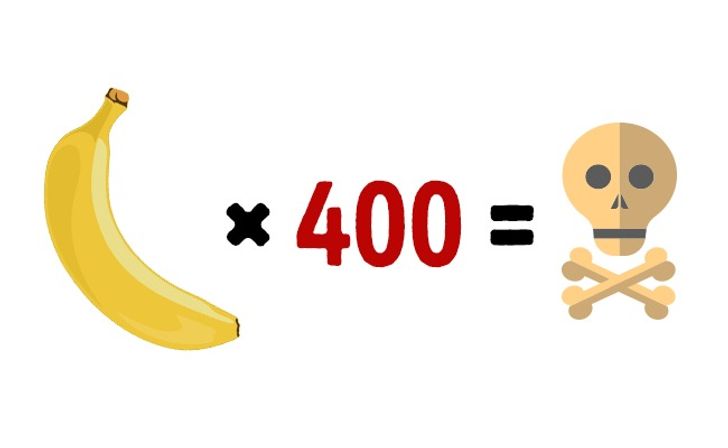 Bananas contain potassium, an overdose of which can lead to death. But for this to happen, you would have to eat 400 bananas in one sitting. 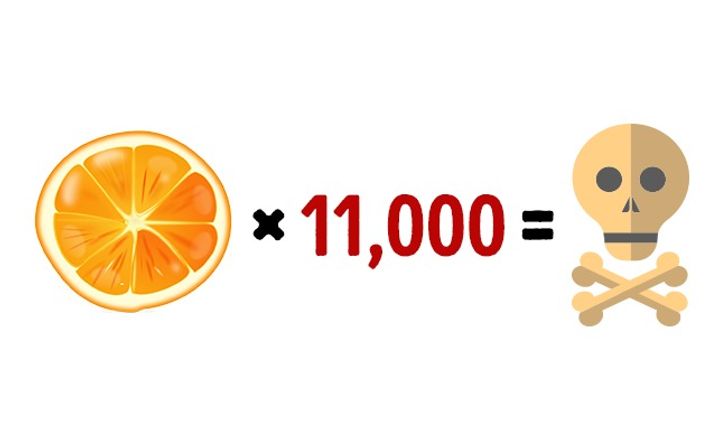 To die from an orange overdose, you would need to eat 11,000 oranges in one sitting. 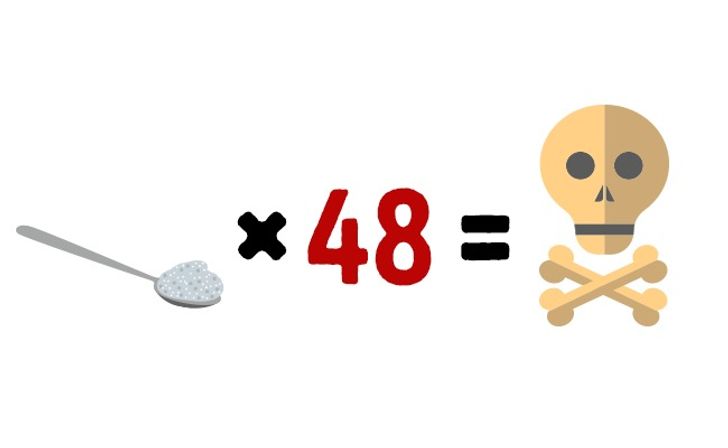 The everyday norm of salt is approximately 0.1 oz. A lethal dose of salt is 9 oz in one sitting (approximately 48 teaspoons). If someone decides to choose this way to commit suicide, it will be a truly regretful choice because the death would be agonizing (from a lot of enemas) and long. 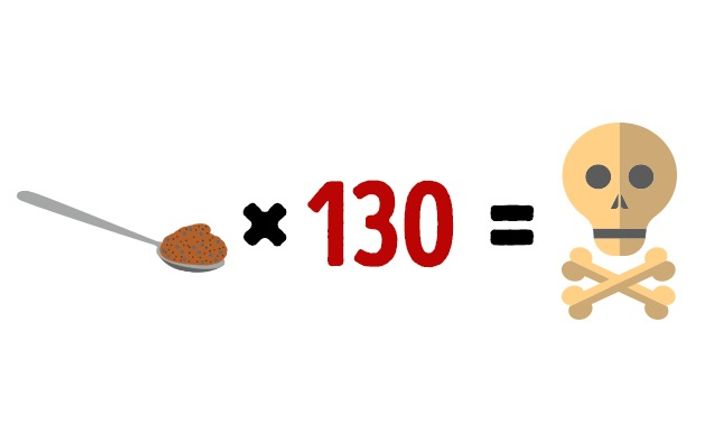 You would need 130 teaspoons of chili pepper to go to Heaven. But your body will probably say "No" because chilis are so hot and spicy. 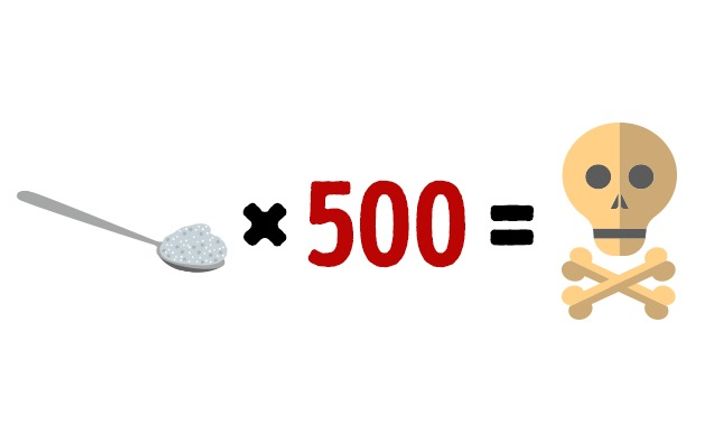 The fatal dose of sucrose is 5 oz per pound of your body weight. This means that a man would need to eat 55 lb of sugar in one go, which equals approximately 500 teaspoons.

Theoretically, you would need to eat 24 tubes of toothpaste to get to the afterlife. So, please, don't do that!

And take this as a general rule: don't overindulge with your favorite food.