What Happens If You Eat Potatoes Every Day

Potatoes are grown in over 100 countries all around the world and the countries that grow the most are China, USA, India, Russia, and Ukraine. Despite being so popular, potatoes aren’t believed to be very healthy and are even considered dangerous for your body. But maybe this is just a stereotype created by chips, French fries, and fast food.

We at Bright Side figured out whether it’s actually dangerous to eat potatoes every day. And the results confused us. 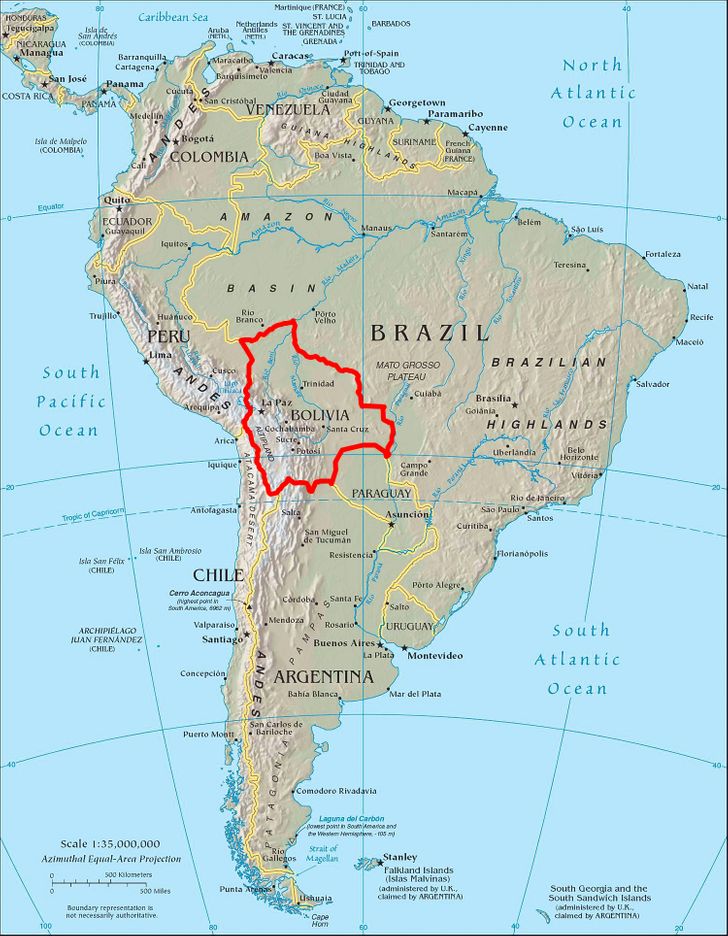 Potatoes are from sunny South America and there, even today, you can still find some kinds of potatoes that are wild. Potatoes were first used in the area of modern day Bolivia between 8000 and 5000 BC. By the way, cats were domesticated at about the same time.

2. Don’t be afraid of eating potatoes every day. 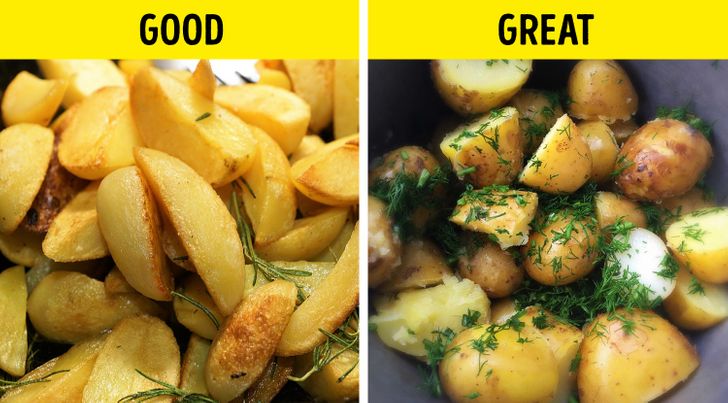 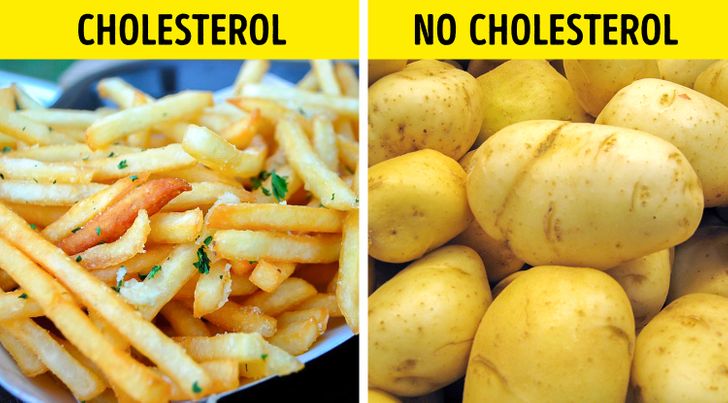 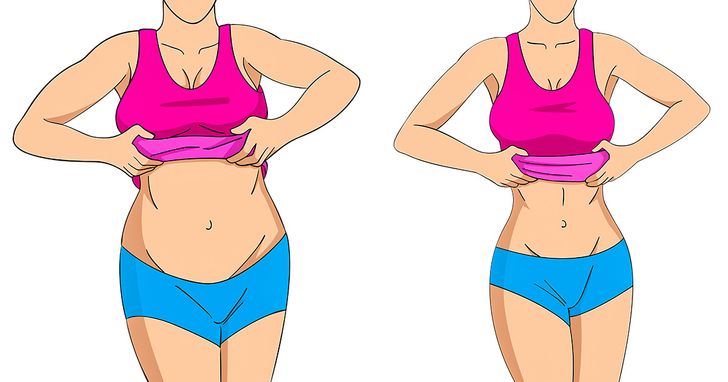 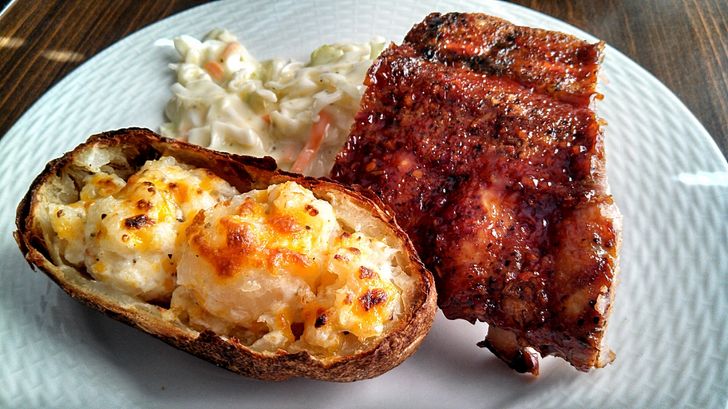 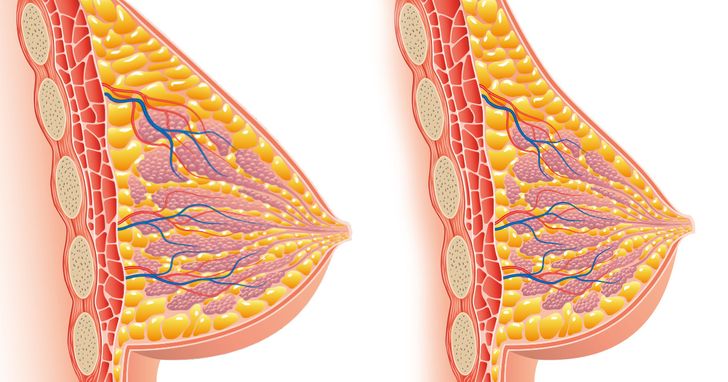 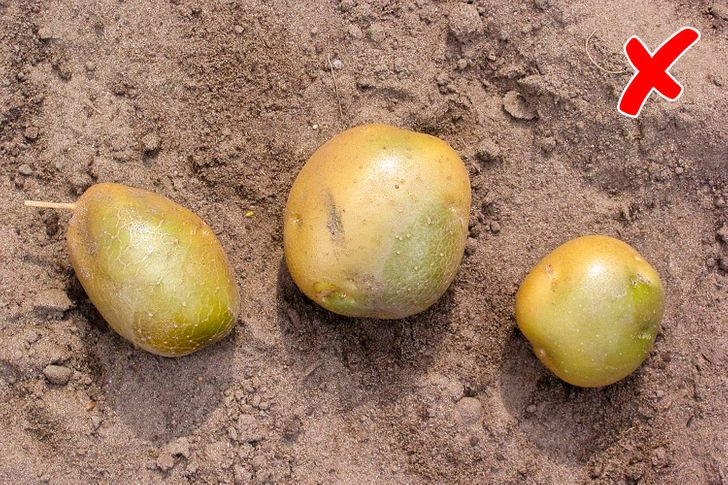 So, in general, potatoes can be considered a healthy food.

4. But what happens if you only eat potatoes every day? 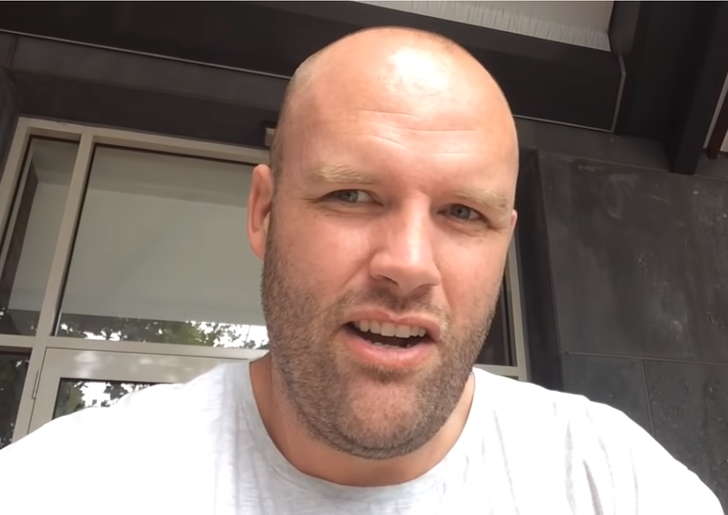 In 2016, Andrew Taylor from Melbourne (YouTube channel Spud Fit) decided to find the answer to this question by himself. The Australian man started with going to the store and buying 13 pounds of potatoes. According to him, he got 99% of all his calories from potatoes. And the other 1% was spices, herbs, sauces, and low-cal things like garlic, soy milk, and so on.

Andrew also wanted to become active, deal with being overweight, and lose his food addiction. He tried to only treat food as a fuel for the body, instead of treating it as a reward or a consolation. Beforehand, he learned a lot about this vegetable and consulted his nutritionist. They decided that they would stop the experiment if Andrew started feeling bad. 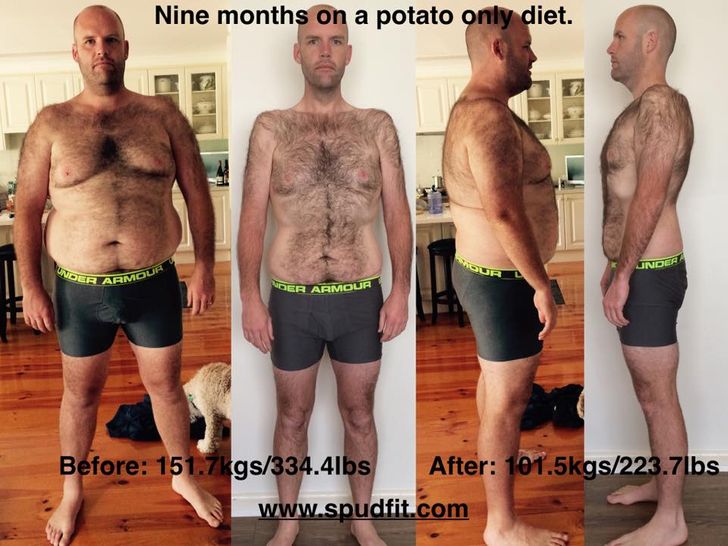 He went through regular medical checks and he had his blood tested often. His cholesterol and sugar levels dropped, and his blood pressure and other health indicators were fine. He also played sports and felt great and after 9 months, he managed to lose 110 lbs. 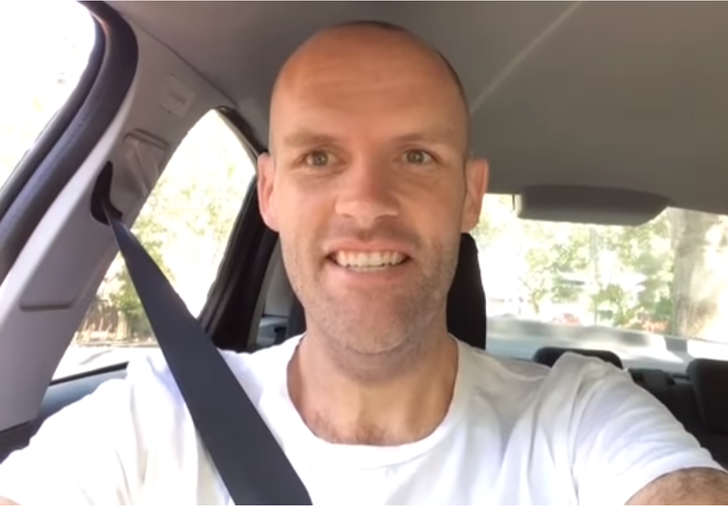 Andrew decided to challenge himself and was on the diet for one year. By the end of it, he had lost 117 lbs. He was featured on several TV shows and wrote 2 books: a recipe book and a book about how he overcame his food addiction. 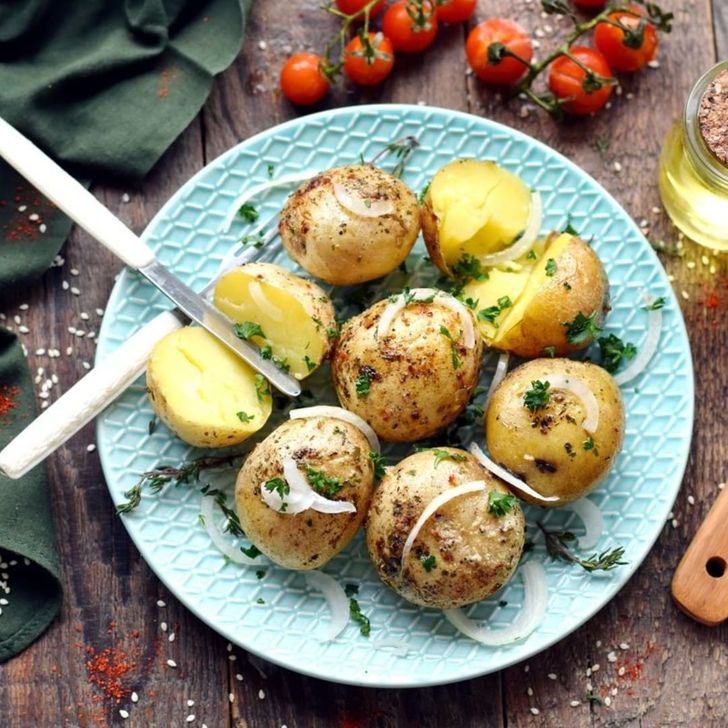 Despite his personal success, scientists were not very optimistic about his diet. If you are on the potato diet, your nutrition becomes very limited. Your body doesn’t get vitamins A, E, and K or calcium and selenium as potatoes either don’t have these elements or have very little of them. Also, potatoes have very little protein and fatty acids. Protein is necessary for the immune system, and they both help regulate body weight and increase muscle weight. And the fatty acids are the nutrition for the skin, hair, and nails.

So potatoes are not as bad as we used to think, but we would definitely not agree to eat only potatoes for one year! Would you?