We’ve all likely experienced that sharp, stabbing pain in our chest that barely lets us breathe. Although it lasts just a few seconds, the discomfort is enough to immobilize you and in some cases, cause serious distress. While it’s a very common condition in children and young people, it’s rarely talked about.

We at Bright Side would like to tell you the real reason why that awkward feeling occurs. 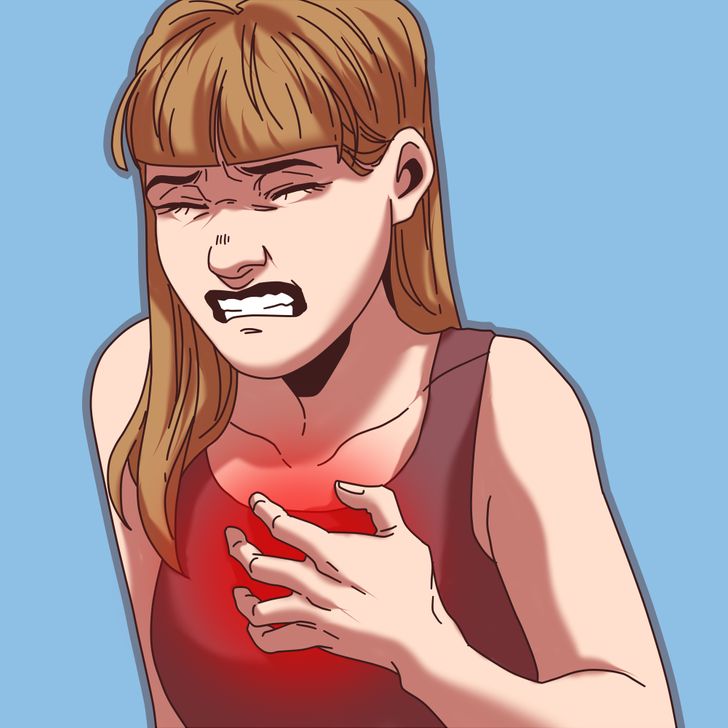 That’s the medical name given to the sharp sensation that some confuse for a heart attack. It’s also known as Texidor’s twinge. It’s a pain that is located in the chest and occurs in the front of the heart, which is why it’s called precordial (pre for before, cordial for the heart). It usually occurs in children and young people, although some adults also experience it less frequently.

It’s a pain that has been described as “feeling like a needle is stuck in that area” or “like a stab.” It occurs in a state of rest, but also after a moderate session of exercise or physical exertion. 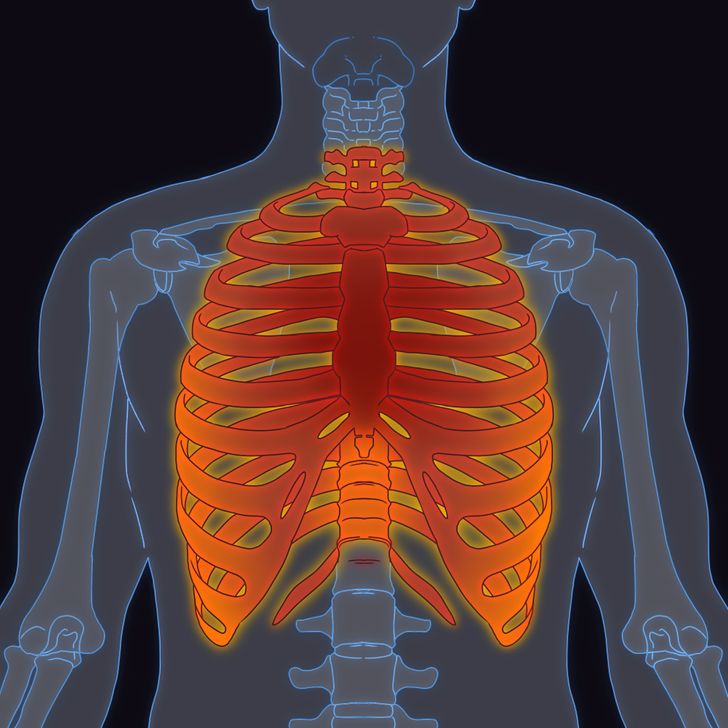 While the sensation itself is very annoying and close to the heart area, it doesn’t really mean there’s a problem with that organ. What happens is, the pleura (the membrane that covers some organs such as the diaphragm) presses or rubs (and therefore irritates) the nerves that are close to the rib cage — that’s why pain can start in the chest walls or in the area of the ribs, even in a state of inactivity. 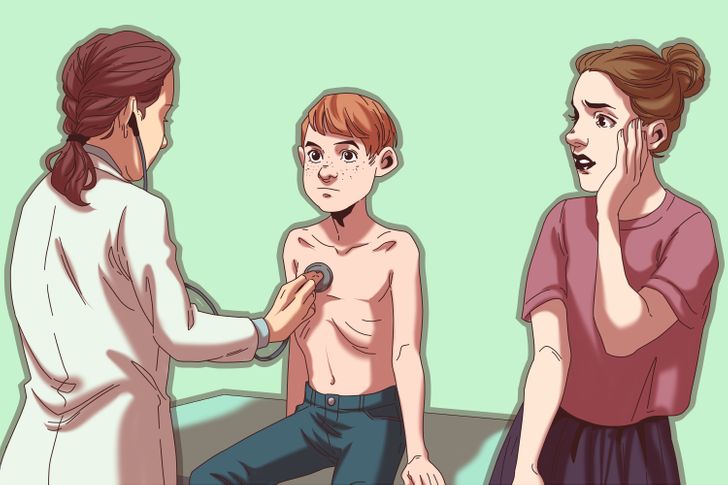 As the precordial capture syndrome is more common in children and adolescents, it’s very common that the first time the child experiences this inexplicable and acute pain in the heart area, the parents become anxious about the possibility that something may be wrong with their child’s heart. Therefore, the main challenge of the doctor is to analyze the symptoms and review the patient’s history to rule out any heart conditions or other problems that require treatment.

How to help it 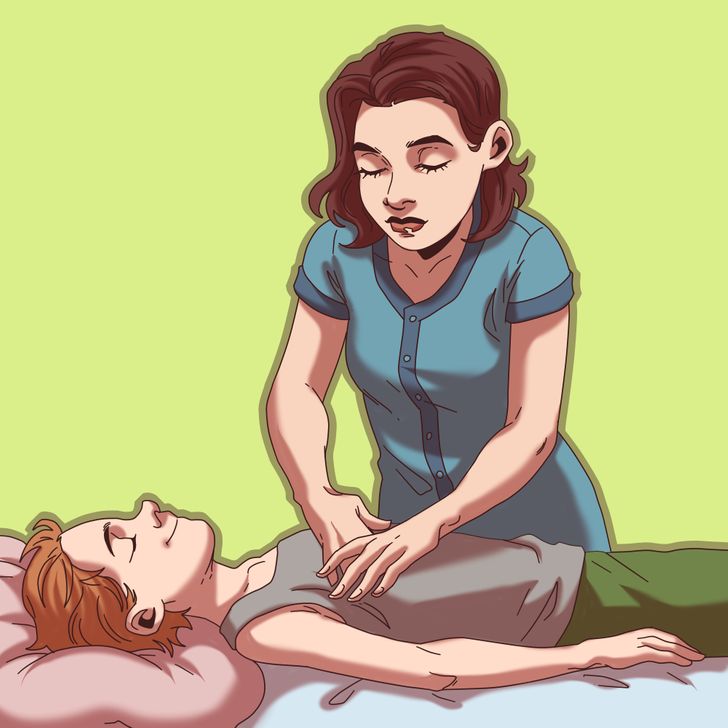 Although it’s very uncomfortable, precordial capture syndrome is not a medical emergency. Trying to breathe deeply at that time is complicated, but it helps the pain go away faster; we should keep in mind that some people may feel dizzy from the effort and hyperventilate. Likewise, it’s advisable to change position. For example, straighten up if you were hunched over or receive a massage in the painful area until you feel relief which usually takes about one minute. Unfortunately, as this is an isolated event without an apparent cause (because it can occur whether you are resting or in motion), there is no way to prevent it.

Unless the pain is related to a serious illness such as bronchitis or asthma, there’s no reason to be worried. Precordial capture syndrome usually disappears on its own when the person reaches around 20 years of age. It does not require treatment, although some doctors may recommend a non-steroidal anti-inflammatory drug (NSAIDs) to help calm the discomfort — however, it’s not strictly necessary. But if the pain becomes too frequent, if the person has been diagnosed with a heart problem, or if it’s combined with other symptoms, it’s advisable to consult a doctor. 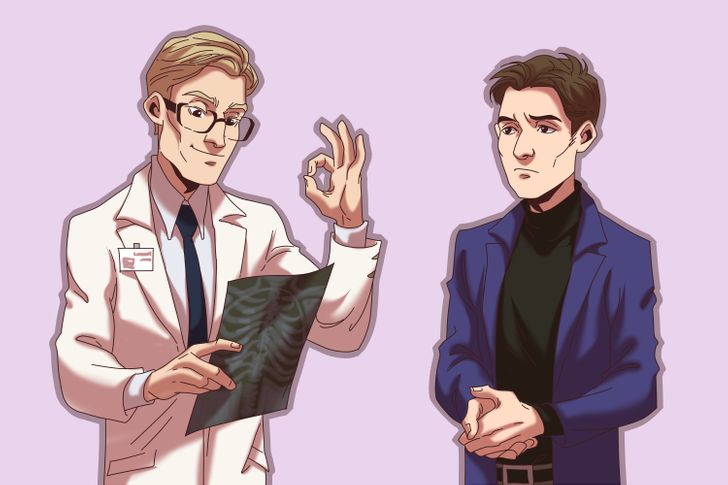 The pang of which we have already mentioned usually causes concern because there are other discomforts that also have the same type of pain; Some have a physical origin, but others are only psychosomatic, so it is necessary for the doctor to evaluate them to differentiate them. Events that have a common pain in the heart area include foreign bodies in the airways, hepatitis, aerophagia (swallowing air), accidental ingestion of caustic fluids, bronchitis, pneumonia or asthma. On the other hand, the pain is also usually a part of psychosomatic symptoms of panic attacks, hyperventilation syndrome, conversion reaction, anxiety and/or depression.

It’s important to remember that if you have any questions, you should see a doctor because no health article can replace a complete diagnosis made by a professional.

Have you ever experienced precordial capture syndrome? Is there any trick that helps you to deal with it? Share it in the comments.

Illustrations by Leisan Gabidullina for Bright Side
7-281
22k