Most people would agree that it's generally quite impolite to ask others details about their salary. If you've ever been asked such questions, you probably know that it can be unpleasant. But sometimes, we don't really notice how our simple questions or actions can put others in awkward positions. The good news is that these awkward situations can be avoided with the help of some simple money etiquette rules.

Do you know how to pay the bill if you eat out with friends, how to chip in to buy a birthday present, or how to avoid inappropriate questions?

Bright Side gathered 10 situations where it's important to keep these money etiquette rules in mind. 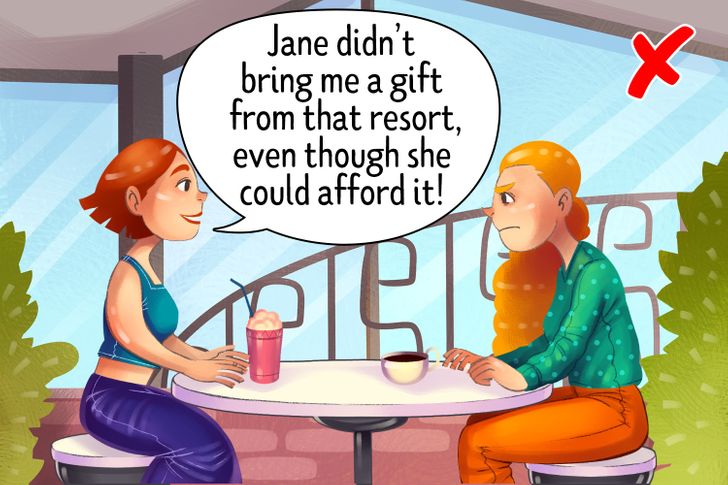 It's rather rude and even useless to discuss what other people spend their money on. If you invite your friend on a vacation with you and they decline your offer, comments like "But your salary is way bigger than mine!" won't change their decision, but may affect their attitude toward you. Even if you're very close friends, it's possible that you're unaware of the details of your friend's financial situation (debts, credit, savings, and so on).

What is more, try not to criticize the expenses of others, especially behind their back. Yes, your colleague could have spent less money on her new haircut. Yes, you'd spend this money in a different way. But it's their choice and it's their money, so it's not your call to make.

9. Consider your friends' financial situation when you plan something. 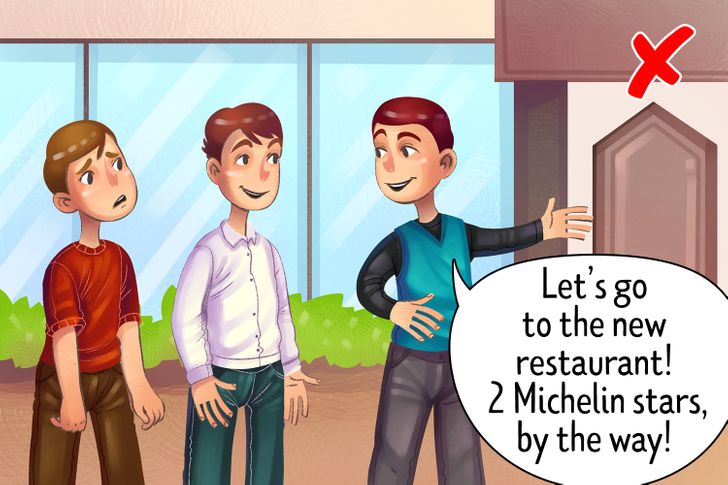 If you know that your friend is paying off some credit or is saving money for a vacation, don't insist on going to a luxury restaurant. It'd be better to ask them where they'd like to go so they don't end up having to refuse spending time altogether.

8. Consider each person's budget if you want to chip in. 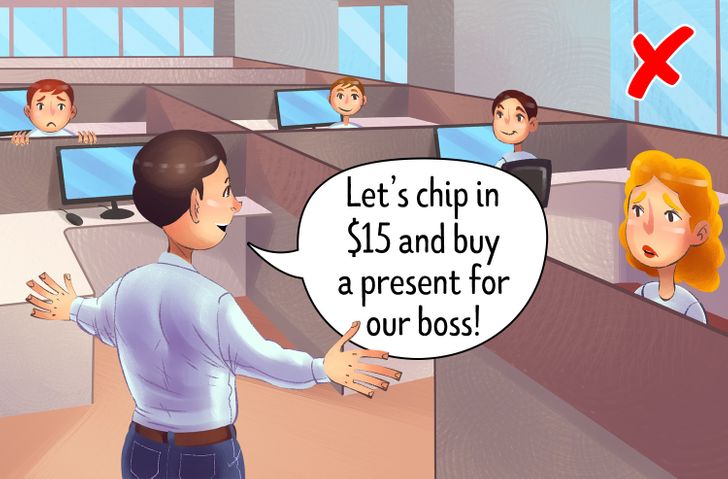 If you collect money for a friend's or a colleague's present, don't think that one and the same sum would be OK for everyone. Just imagine: one person can only give $30 but they're supposed to give $60. For some people, it may come as a surprise, and definitely not a pleasant one. So you'd better ask everyone to either contribute however much they feel comfortable or figure out which sum would be good for everyone.

7. Make sure that the restaurant bill is split fairly. 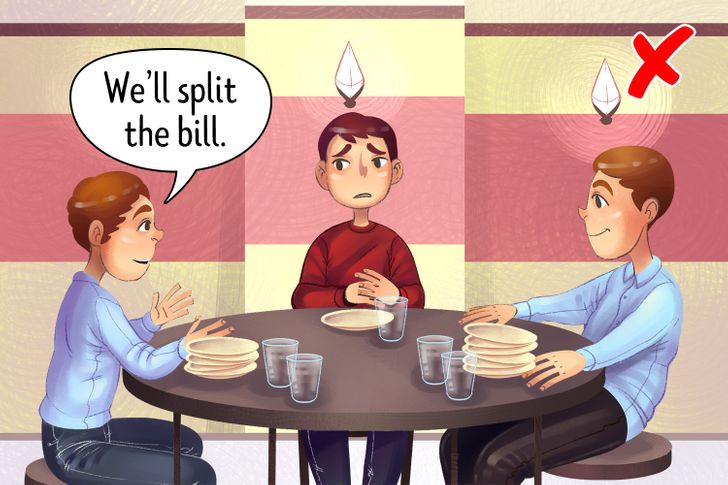 When it's time to split the bill in a restaurant or at a bar, make sure there are no people who didn't order anything. Someone may not have eaten as much, or someone may have ordered a beer instead of an expensive cocktail, so it's quite likely that not everyone spent the same amount of money. It's easier when everybody pays only for what they're ready to pay for. It's better to get out your phone and open up the calculator application to count exactly how much everyone owes.

6. If you turn to a friend for a service, pay them as if they were any other professional. 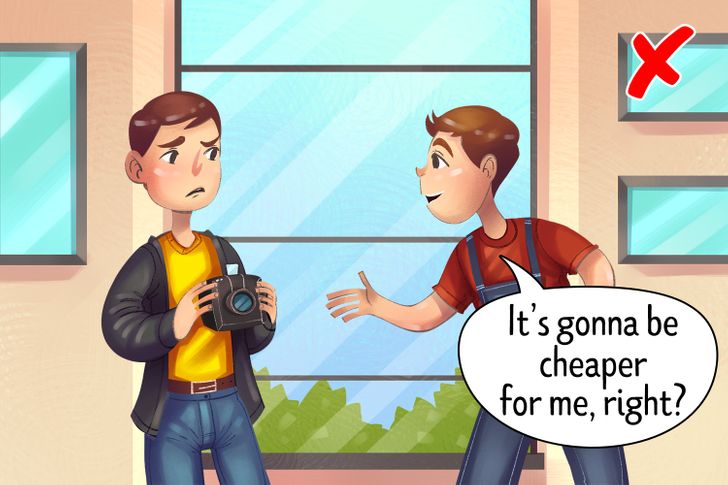 Yes, this awesome photographer or brilliant dressmaker is your friend, but your relationship doesn't mean you automatically get a discount. Regardless of your friendship, someone who spends their time and their recourses to create something for you should be compensated for their work.

5. Don't complain about your problems with money to friends who earn less than you. 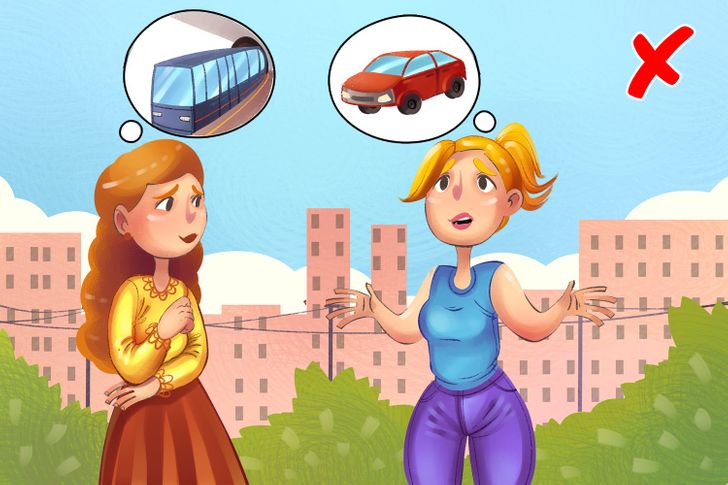 You've been dreaming of a new TV for such a long time, but now the prices have suddenly spiked and you have to wait a bit longer. Yes, it's unpleasant, but it's even more unpleasant for a person who's been saving up to buy a microwave oven for 2 months to listen to you. It's better to avoid such complaints if you don't want to upset your friends.

It can help to keep one rule in mind: no matter how much you know about someone's debts and incomes, be careful when you talk about financial affairs.

4. Don't ask people how much they spent on something. 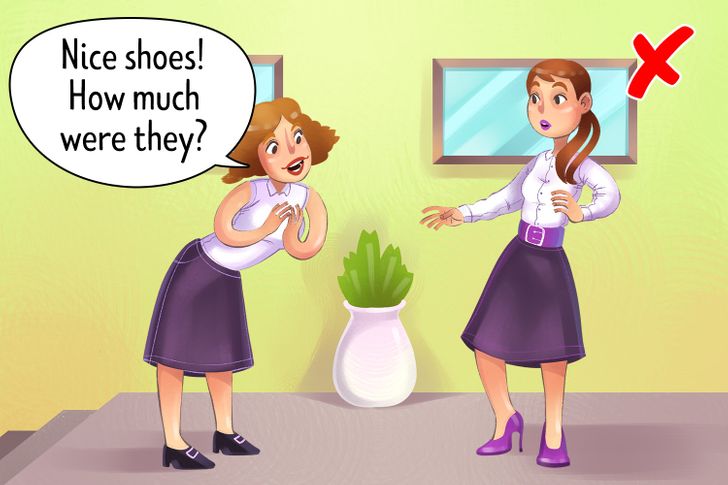 Finally, people understood that it was impolite to be interested in one's salary, but they still ask such questions as "How much do you pay for your rent?" and "Are these shoes expensive?" Just keep in mind that such questions make people feel awkward. If you're really curious about it, look it up online.

If people ask you such questions, remember that you don't have to answer them. It's fine if you say, "I don't want to discuss it. "Or you can just respond with a question – "Why?"

3. Always pay off your debts on time. 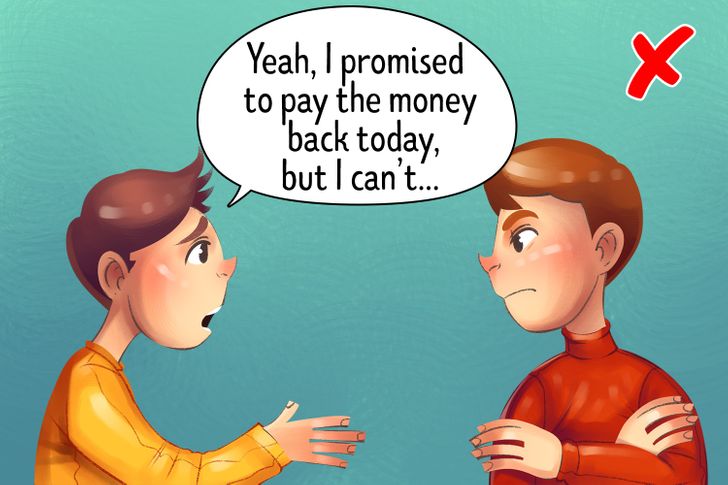 If you borrow money, you should say when you're going to return it and keep this deadline in mind. If you don't know the exact date, you have to inform the person. Don't be offended if a person refuses to give you money – friendship will be friendship, but no one has to be your sponsor. 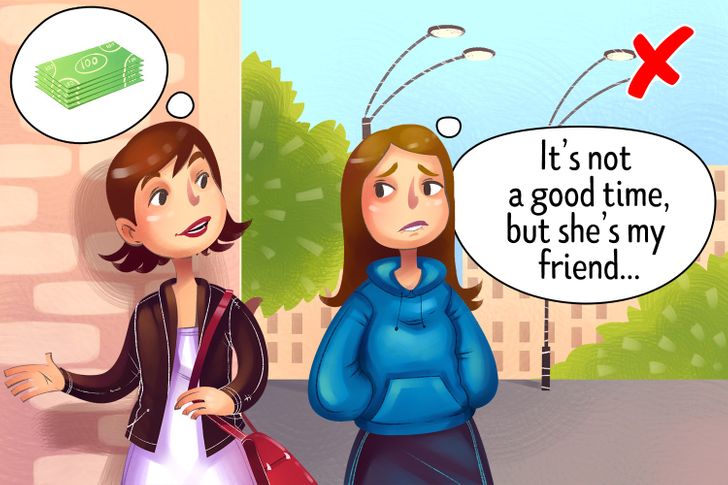 Some people don't lend money to friends and relatives, and they have their reasons for doing so. If you're against such rules, make sure it won't have a bad effect on your budget and relationships. It's better to say "no" than to lose a friend because they can't give your money back.

You don't have to justify yourself but if you feel embarrassed, then you can say that you're saving up for something or that you're paying off some credit. 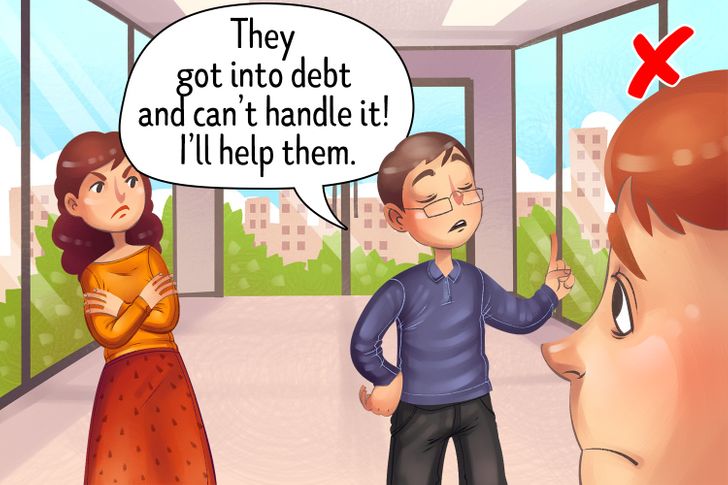 Even if your intentions are to help someone, it's better to not say anything when it comes to what someone should do with their money. You may know how to save money and how to make money, but advice is only appreciated when it's asked for so it's better to just wait until you're asked before saying anything.

As a rule, you just have to be polite when it comes to the money of others. Follow this main rule and the guidelines mentioned above and if someone is clearly disregarding these general money etiquette rules, don't be afraid to protect your personal boundaries.

Illustrated by Yekaterina Ragozina for Bright Side
1-29-
50k