© 2014–2021 TheSoul Publishing.
All rights reserved. All materials on this site are copyrighted and may not be used unless authorized by the Bright Side.
16210-
3k

What 10 Popular Products Look Like Before They Hit Store Shelves

10 Pictures That Are True Brain and Eye Teasers

16 Baffling Things That Make Us Wonder Who Exactly Uses Them 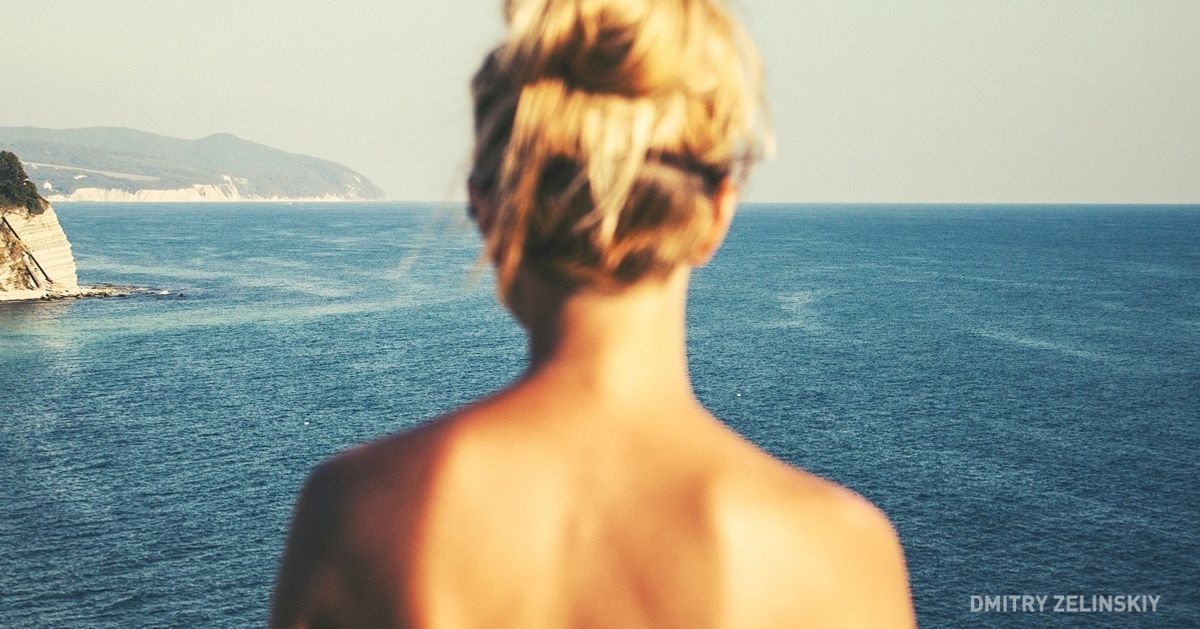 How I overcame social stigma and began living for myself

Living for your own sake is, for many, a frightening formula. We all know what comes next: sin, vice, and degradation. But, frankly, once I decided to open my eyes I saw that my life was often not mine at all. There was too much 'I have to' and not enough 'I want to' in it. Duty sat on my shoulders like a boulder which I carried around as if it were a badge of honor.

And so I thought: enough is enough. I got sick and tired of turning my life and soul into a radioactive dump, timidly looking at my feet and awkwardly explaining to everyone else how I dared to put my own interests above those of others. I felt it was time to live for my own sake. To choose happiness and not keep persuading myself that bad is good. To live for love and not for duty.

This was the start of my outrageous and antisocial year of healthy egoism. The word 'healthy' or 'reasonable' here is a real help, thanks to which people around me didn't immediately recognize me as a breaker of social laws. Many are sure that first you must get to know the hard times up close and personal, and only then, if you still have enough health and strength, can you live for yourself.

A voice in the wilderness

At first I was scared. I had no idea what to do, only a vague surety that it was for the better. It seemed as though I was going on a round-the-world trip on an inflatable boat. I didn't know if I could withstand the tidal waves of 'musts' or someone else's expectations. Becoming a pariah with the 'egoist' tag stuck to my forehead wasn't in my plans, but I understood it was my only way to freedom.

To everyone around me, I became unthinkably impudent, because I stopped playing the game where you are forbidden to argue your right to live your own life. I stopped saying sorry for my own plans and wishes. I stopped making excuses. I stopped feeling guilty for wishing to be happy, calm, and the master of my own time.

From whines to wins

First of all, I decided to stop the flow of complaints, tears, gloomy monologues, and hateful speeches into my ears. I love my family and friends, I value my colleagues and respect my elders, but this doesn't mean I have to make their long and sad confessions a part of my life. I took down the '24-hour energy donor' sign from my door, and it became an act of civil disobedience. 'You don't want to listen to someone's personal life details? You're not interested in yet another swine boyfriend of your friend? How dare you!'

I was barely breathing from terror when I prevented, softly but firmly, all the attempts at telling me another tearful story with the words, 'I think this is unpleasant for both you and me - why don't you tell me about...' I thought that I would be accused of heartlessness. However, I was not. In fact, my eagerness to listen to good news was a signal to start talking about it. And, more importantly, it freed me from the bad habit of complaining. By refusing to hear bad things, I didn't care to tell them myself.

The next step was the hardest. I had to teach myself this unethical and rude word - 'no.' Previously, any vaguely plaintive request would have made me help however I could, because I was too shy and afraid to hurt someone's feelings to refuse. And I felt guilty destroying the image I'd created for myself. But when I said my first serious 'no,' it was over. My friends were so shocked you'd think I'd eaten a live rabbit in front of them.

I dreamed of indulging my own heart's desires, but in reality I just worked for others with no payback. I substituted, I helped, I babysat for my lazy friends while they relaxed in the spa. It is so easy to transform into a modern-day slave like this, and so I gave a firm 'no' to such a brilliant career opportunity.

With time, I learned to see through the incoming requests and understand which plea for help was genuine and which was just an attempt to manipulate me. A fair 'no' became a concrete foundation for my own healthy ego that didn't let me forget about myself and go out of my way for others.

'No one owes anyone anything' is a beautiful creed, but, as it turned out, a hardly possible one. It wasn't as hard to reject the role of eternal debtor as it was to stop demanding other people to do my bidding. I had to constantly remind myself that nobody owes me a living.

My private life was also in debt. It was withering because of 'I give you everything for nothing in return!' thrown from both sides, until I realized that expectations and demands can ruin both love and friendship. And I approached the problem mathematically; I just accepted its terms. I stopped asking for treats for my ego and getting angry when my boyfriend didn't play by my rules, and I finally challenged him to a negotiation. We sat all night, drank about three liters of coffee, talked to each other honestly, and in the morning we signed a pact which stated that both of us had the right to be him or herself. We escaped from the eternal drama and into the wilderness and freedom.

Now, when I feel offended if someone didn't do something I thought they should have, I repeat, under my breath, that everyone's free.

Desire to be recognized and fear of being rejected are insidious. I hoarded acquaintances all my life, as if I was afraid of staying lonely, until I finally realized I was choking under these layers of people. And I couldn't throw them off - they were so sweet and nice! A healthy egoist, though, isn't afraid to be socially naked and doesn't hide from life behind the backs of numerous almost-friends and relatives. Such a person, when asked about a number of friends on Facebook, simply answers, 'Two.' The goal is to become your own best friend and need only yourself, because we all, in fact, are lonely, but it's worse by far when you don't even have yourself.

Honestly, when I began my 'egoistic' year, I was getting ready for complete and utter loneliness in all aspects of my life. All that hissing, 'egoisssst,' defined the area of misunderstanding, and I went farther and farther away from it, to where my life seemed spacious and free of presence. But emptiness isn't in human nature. Very soon, my own little world became filled with affairs and people with whom I gladly shared my new battle-born self.

You don't pity the hard-won time spent for people who really need it. This is not charity, and neither is it posing - it's egoism. I do it first of all for myself. I suspect that a reasonable egoist then turns into a reasonable humanist. I am only at the beginning of this evolution, but it's a start already.