© 2014–2022 TheSoul Publishing.
All rights reserved. All materials on this site are copyrighted and may not be used unless authorized by the Bright Side.
7214-

15 Situations That Amused and Surprised Us at the Same Time

19 People That Really Shocked Others With Their Insolence

What Does Your Hairstyle Say About You

12 Cool Facts That Completely Changed Our View of the World 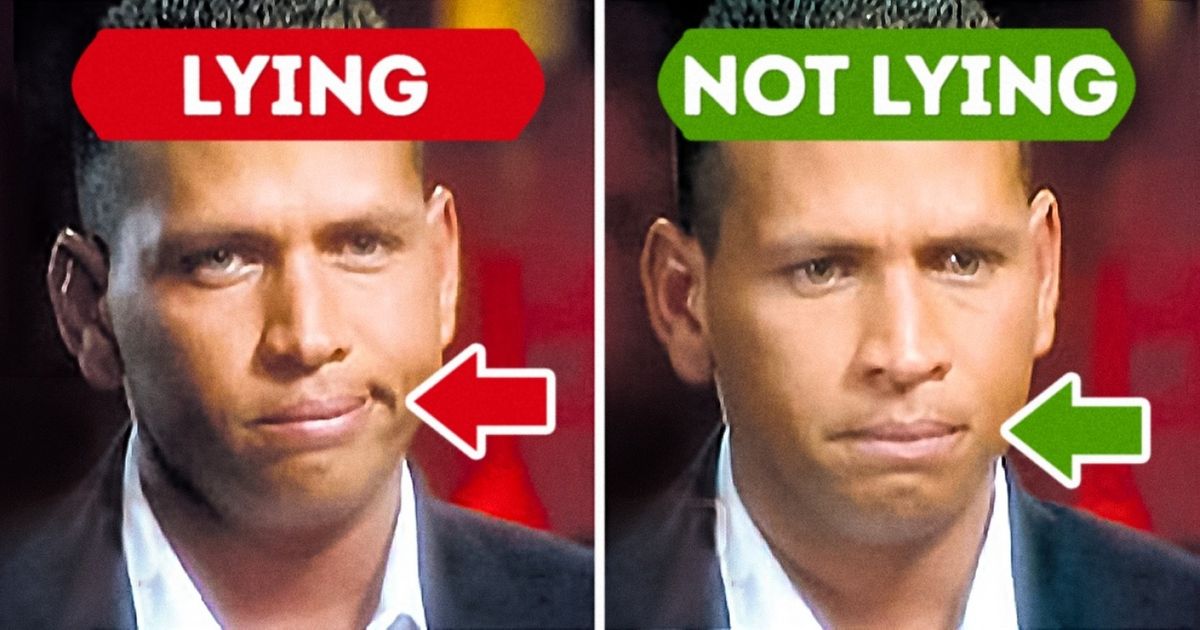 10 Best Ways to Spot a Liar

It can be a challenge to tell if someone is lying to you. In most cases, when you doubt the honesty of another, there are thousands of thoughts running through your mind.
Luckily, we at Bright Side know there are many signs we can look for when trying to detect a lie. Here are ten factors that reveal even the most experienced and cunning liars.

1. Body language. If you are suspicious of what someone tells you, pay more attention to gestures rather than words. Liars tend to keep their hands hidden (clasp their hands together, stick them in their pockets, sit on them, or hold them behind their backs), and they find it hard to sit up straight when telling a lie and often tap their feet nervously. If they purse or lick their lips while you're asking them questions, this could also indicate that they are not telling you the truth.

2. Breathing. When people lie, they tend to breathe heavily and their voice may get shallow, because their blood flow and heart rate changes as they are becoming nervous.

3. Stiffness. Liars are often very tense, so you can spot a liar by looking for unnatural stiffness of the body. Shrugged shoulders, crossed arms or ankles show the suspect's dishonesty and discomfort.

4. Excessive sweating. Telling lies is something that makes even the most experienced liars feel stressed. And when we lie, even if it's a white lie, we sweat a lot more, because sweating is a natural stress response. So it's pretty common for those who lie and fear detection to sweat profusely.

5. Look into my eyes. A liar will try to avoid looking at you, but even if you establish eye contact he or she will either stare at you without blinking much or blink more rapidly than usual.

6. Let's change the subject. Everyone feels vulnerable and uncomfortable when telling lies. Even if a person is an experienced liar with an imperturbable look on their face, inside he or she is panicking. A liar will surely try to quickly change the subject and jump to another topic.

7. Increased hand-to-face touching. Watch for any gestures the suspect makes towards his face. Liars tend to stroke their hair, touch their face and neck, rub and scratch their nose, and cover their mouths more frequently than usual.

8. Overly defensive. When you confront a liar with the facts, they usually become extremely defensive, refusing to answer any questions and even accusing you of lying. If the suspect responds to your questions with phrases like 'Why do you want to know that?' or 'That's not important now,' he is surely reaching his limits and using this defense as an attack.

9. Tone and speed. When a person tells a lie, his voice may become higher in pitch, as vocal cords tighten. A liar may start speaking faster than usual or in a monotonous tone, stutter or stammer and make speech errors.

10. Cutting-edge technology. It's so much easier to lie over the phone or via text message where there’s no eye contact and body language involved versus face-to-face communication. In addition, writing gives a liar more time to plan the answers and strengthen his alibi. Pay attention if the person doesn’t quite sound like himself, tries to quickly change the subject and uses phrases like 'To be honest…' or 'What I really mean…'