Why We Have Nightmares and Other Disturbing Dreams

Humans spend one-third of their lifetime sleeping, which is a pretty huge chunk, isn’t it? And though dreams and their meanings have drawn interest in people for a long time, the science of dreams hasn’t gone far so there isn’t a lot of data pertaining to it. But thanks to the development of technology, it has become possible to study brain activity while sleeping, and scientists and psychologists around the world keep sharing their results, thus slowly opening the curtains to the unknown and increasingly interesting topic.

We at Bright Side, and perhaps you too, have had at least one dream stay in our mind for a long time without ever understanding its meaning. Today we’re going to tell you what has already been learned about nightmares and weird dreams that we have.

Why do we have weird dreams? 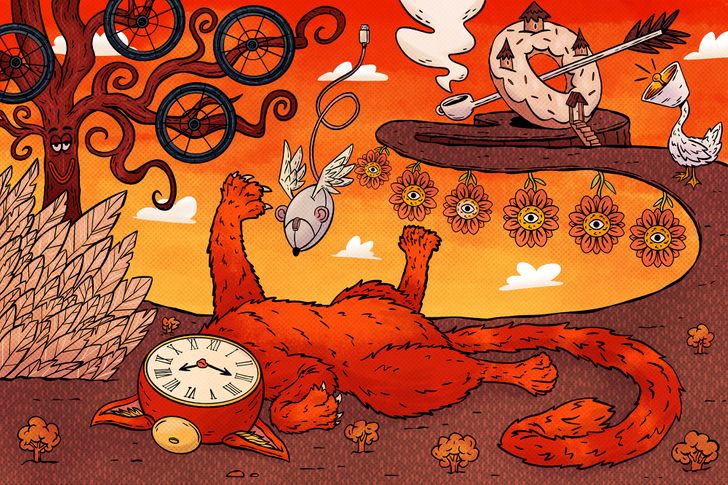 Perhaps each of us has a story about a dream where strange things were happening that seemed like total nonsense after we woke up. If you feel curious to know why this happens, there are several explanations.

Every person has their own unique dreams because people experience a variety of emotions and occurrences every day. When you fall asleep, your brain continues to work hard, distributing moments into short-term and long-term memory. It compares events that have occurred recently with those that happened a long time ago. That’s why you can see things from your childhood like playing with an old pet in a new place like where you currently live.

It all happens during the stage of rapid eye movement sleep that lasts for 10-20 minutes and repeats several times during the night. This phase is also known as “paradoxical sleep” that got its name due to physiological similarities to the waking state of a person. It’s in this phase that all parts of the brain become active except for the one responsible for logic. In addition, the concentration of serotonin and norepinephrine which are neurotransmitters responsible for logic and attention decreases during sleep. Therefore, it’s not surprising that our dreams lose any sober sense of normality. We realize that everything we have just been seeing was happening in our dreams only just after waking up.

Why do we have nightmares? 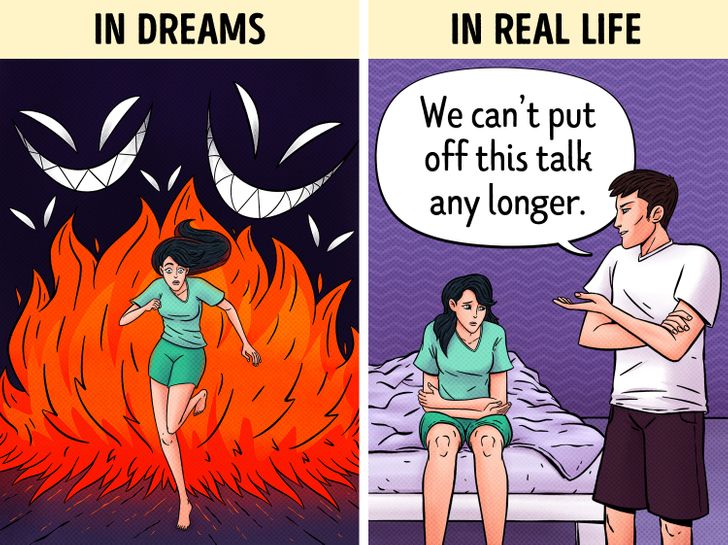 What about nightmares? Why do we see apocalypses and zombies, get chased, and other not-so-pleasant scenarios in our dreams? Swiss and American scientists held an experiment where they managed to find the answer to these questions. In their opinion, it’s a kind of training of the nervous system, which helps a person cope with negative emotions in real life. In their article, the scientists write that emotions we feel in dreams help us resolve emotional pressure and get a person ready for future possible stresses.

The scientists studied the activity of various parts of the brain during sleep using an electroencephalogram. 18 volunteers were woken up several times during the night and asked what dreams they were seeing and whether those dreams were nightmares. Thanks to their responses and analysis of brain activity, researchers have identified two areas of the brain that are responsible for nightmares. Those are the insula and the midcingulate cortex.

As interesting as it might sound, these 2 parts of the brain activate in the same situations when a person is feeling worried or gets scared in real life. The insula is responsible for evaluating emotions and starts up automatically as soon as a person feels anxiety. The midcingulate cortex prepares a person for an adequate response during the occurrence of a threat and controls the way a person behaves when in danger. In a further study, the scientists found that those who had nightmares for longer and more often reacted less harshly to negative things in real life.

So far, it’s become clear that the way our subconsciousness communicates with us and helps resolve issues is what makes us feel worried. For example, seeing a chase in your dreams is often associated with a person’s unsolved issues in real life, according to scientists. But as we mentioned above, dreams have been studied extremely insufficiently and many interesting insights are still waiting to be discovered.

Here are some more interesting facts about dreams that you were probably unaware of. 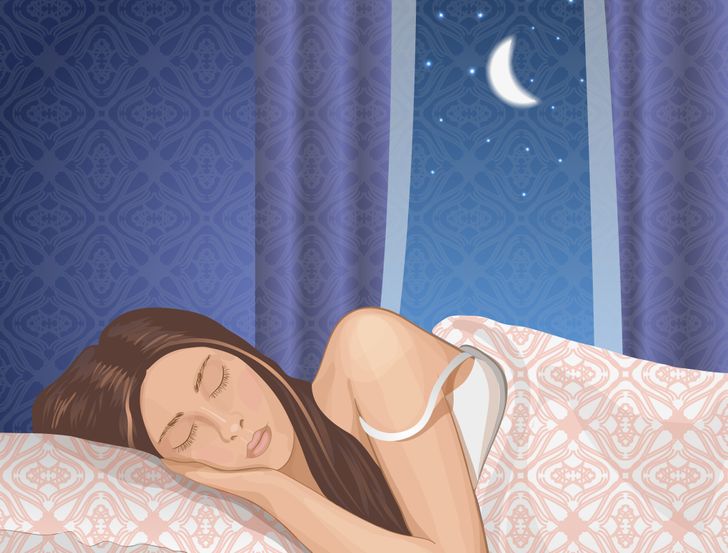 Have you ever had a strange dream you couldn’t get off your mind and will never be able to forget? We’d be glad to hear from you in the comments!