© 2014–2022 TheSoul Publishing.
All rights reserved. All materials on this site are copyrighted and may not be used unless authorized by the Bright Side.
13-19-

20+ Tweets That Ring So True, We Could Have Written Them Ourselves

15 People Who Seem to Live in 2050 With Their Solutions 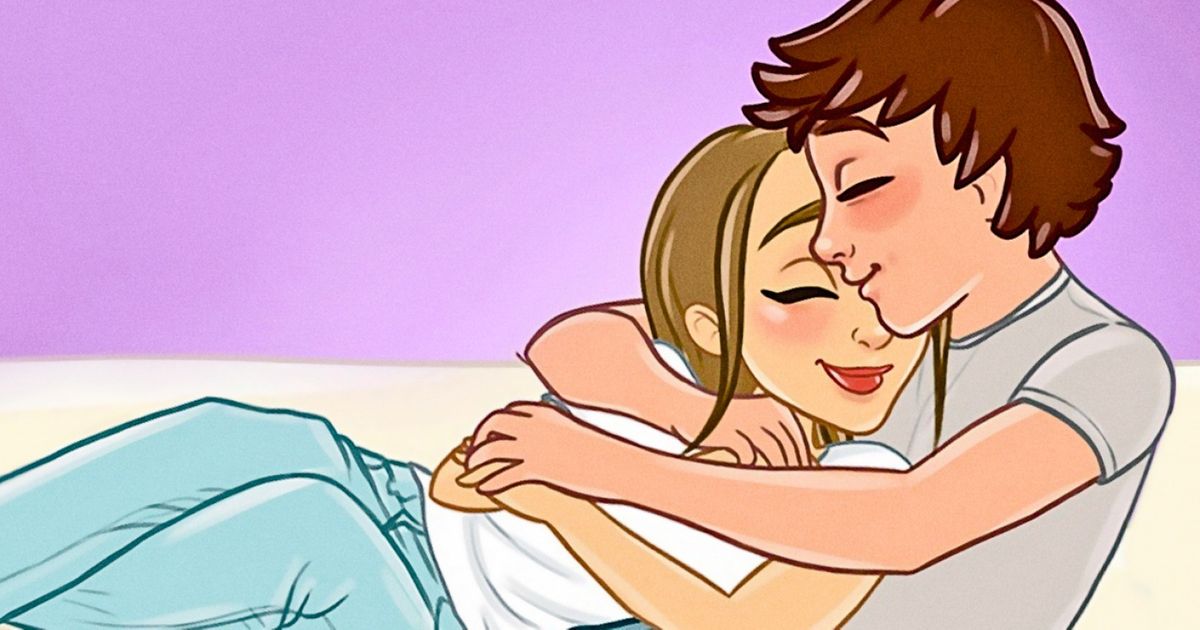 Disagreements often lead to arguments among couples. Is there any way not to argue at all? There probably isn’t. All couples fight, but we at Bright Side want to give you 10 pieces of advice on how to make up with the love of your life after a fight — even if you’ve had a bad one.

Seriously, it does work! When you hear something you don’t like or disagree with, take a deep breath and count to 10. You don’t want to hurt your partner on the spur of the moment, do you?

2. Adopt a special "stop" signal for both of you.

When a disagreement with your partner approaches its tipping point, it’s very important to stop all the fighting using a secret signal you both agreed on. It can be a gesture or a funny word, for example. It’s like you’re sending your partner a message that you’re very close to passing the threshold of your patience.

It’s not what you really want, is it? You don’t have to always be right. In an argument with your loved one, there’s no such thing as being right or wrong. Even if you feel strongly about something during the argument, it’s not going to be that important afterward. Try it, and you’ll notice the difference.

4. Some issues just aren’t worth fighting about.

It’s totally normal to have differences of opinion, especially when we have to get used to other people’s ways of living. But there are issues that aren’t worth fighting about, and in the long run they’ll only cause stress and resentment. Choose wisely which causes are worth your time and which ones are not.

5. Give your partner a hug.

When there’s a misunderstanding or a disagreement, the last thing you want to do is to have physical contact with the one standing in front of you. However, any tactile contact reminds you that you love this person and want to be together. Don’t be afraid to ask for a hug, and be generous enough to give one. It can help avoid a bigger fight.

Let’s face it, we tend to interpret everything our partners do or say in relation to their past and, to be honest, often with a negative connotation. If he doesn’t do the dishes, it’s because he never helped you in the kitchen. If he forgets a special occasion, it’s because he never really cared about your relationship that much. Do this "impossible" thing: try to understand why he feels that way, and try to turn things around. This will change the entire nature of your interactions.

Despite what we may think, experts state that it’s not necessary to come to an agreement the very day you have a big fight. Take your time, get enough rest, and try to get up early the next day. Don’t worry: nothing bad will happen to your relationship during the night.

Come up with a joke! It’s a great way to break the tension. Don’t try to be ironic or cruel to your partner — just one innocent gesture or a funny word always helps.

It always takes two people and two positions to have a fight. While you’re taking in deep breaths for 10 seconds, think about what exactly makes you feel angry and causes discomfort. Don’t be afraid to take responsibility!

10. Provide a dose of pleasure.

The environment around you and your partner has its own influence on your relationship. A negative atmosphere can easily turn a disagreement into a big fight. If you’re hungry or the place is full of noisy people making it impossible to talk, the tension will definitely increase. Try to think of a dose of pleasure that might work for both of you, such as a tasty drink. This way you both realize it’s not the right time to fight: it’s time to have dinner and relax.