© 2014–2021 TheSoul Publishing.
All rights reserved. All materials on this site are copyrighted and may not be used unless authorized by the Bright Side.
122224

From Blush to Fuchsia: 25+ Outfits That Prove Princess Diana Was in Love With the Color Pink

7 Superstars Who Use Public Transport Like Any Other “Normal” People

15 Everyday Things That Have Hidden Tricks and Functions 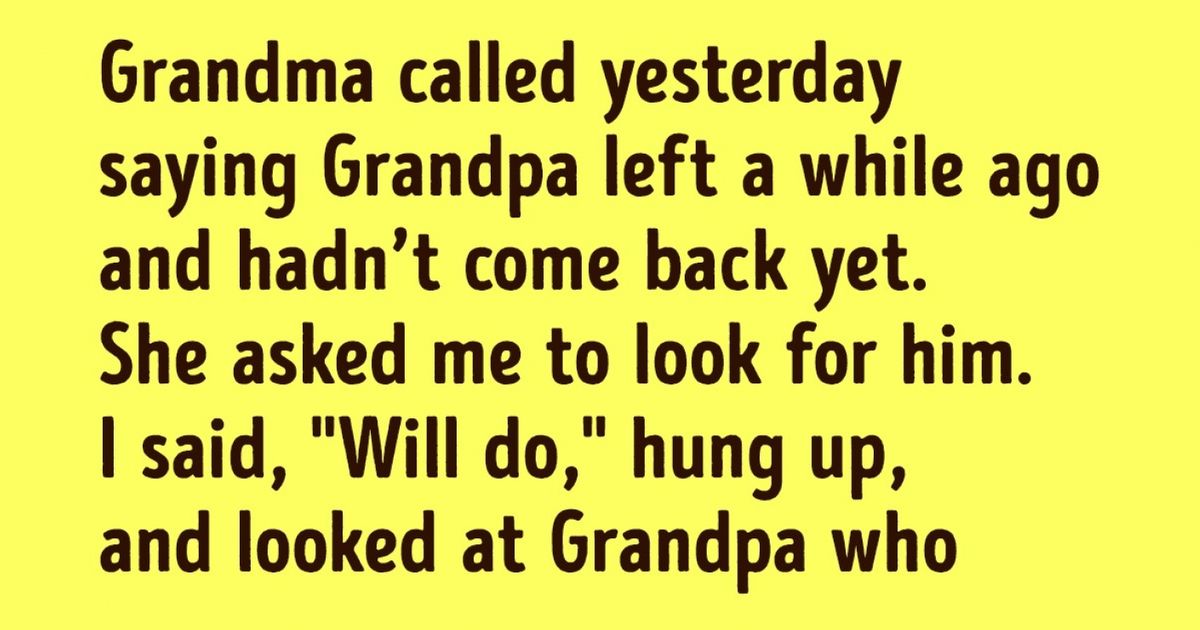 15 "Overheard" Stories of the Strongest Love

It's not by chance they say that love is all we need. Love helps us cope with hardships, believe in miracles, and strengthens us.

We at Bright Side collected funny and true stories about the different faces of the most precious feeling in life.

My grandma called yesterday, asking if I could look for grandpa: he went somewhere and hadn't come back yet. I said I'd do that, and I looked at grandpa who's wood-burning grandma's portrait at my place. They're celebrating a wedding anniversary on Thursday.

I remember the old toys we used to decorate our Christmas tree with when I was a kid, the kind you can't find anywhere now. And there was this big blue ball with phosphorescent stars on it. We made it a whole ceremony to take it out of the box and "charge" it under a lamp for the phosphorus to shine in the dark. It always went on the tree first - that was the moment when true and magical anticipation started. That ball is still intact.

When my wife and I fight, our daughter falls on the floor and simulates some kind of injury. Recently, we argued in the kitchen. Our daughter had a nap in the hall, but when she heard us, she came to the kitchen and took me by the hand to go with her like she was afraid to sleep alone. She made me lie next to her, and we fell asleep. The kid doesn't let us fight, so we now live in peace.

My mom and I live in the capital, and my dad lives far away in another city. My parents are like friends to each other, and sometimes my dad comes to visit us. I just loved waking up when he was home. He'd go to the store early in the morning and cook something simple yet delicious. Then he'd pour some cream coffee. You'd sit next to him, and he'd ruffle your hair and hitch his pants in his funny way. And you'd realize that's what happiness means.

I was coloring a picture at the dinner table before going to bed. So as not to forget the idea, I sorted all the pencils in a certain order, filling the whole table with them.
My husband was making breakfast in the morning when I rushed in screaming, "Oh gosh! I overslept!" and saw there were no pencils on the table anymore. I was upset, of course, but not too much - it was my own fault, after all. And then I went into the bedroom and saw them all on my work desk. My hubby laid them out for me in that same order. All 50 of them.

I told my husband a sad story of how my parents confessed there was no Santa Claus and Christmas presents stopped appearing - and how the inner child of mine still cries. I thought he'd shrug it off, but today I received a letter from Santa Claus saying I should write him back and tell him what I'd like for Christmas. And although I know who wrote this really, I'm so happy.

I study 100 miles away from my parents. One day I fell ill with a high temperature. My dad came to drive me from the uni to the campus. Two hours there and then back again just so I didn't have to wait for the bus and ride it for half an hour! He also brought me mom's broth and honey.

My girlfriend and I live in different towns, and sometimes we see each other on weekends. On one of those days, I told her I couldn't make it, while planning to surprise her by coming to her place. And here I am, knocking on her front door with a bunch of flowers, and no one opens. I call her on the phone, and when she tells me where she is, I can't help laughing: she went to my place.

Rush hour on the subway. A girl stepped on my foot, but instead of saying anything, she just took my hand tenderly and smiled. I think I'm in love.

I first saw him when we bumped into each other on the street. Then the next day at a store, he was going out while I was entering. I thought it was fate and asked my friend about him – she was with me the first time. He turned out to be two years my senior at the same school, and she found his page by pure chance. But when he said he was the Stargazer at his kindergarten prom, I was sure it was really fate: I was a Star.

I received a text from my wife: "Hon, I made a great salad from persimmon, garlic, and cabbage! Waiting 4 U at home!" I think I'm going to become a dad soon.

My aunt was single until she was 35. To all questions about finding a man, she replied she hadn't found "the one" yet. Now, here she sits with my grandma in a cafe, and this guy walks by. My aunt only managed to say, "It's him. I feel it!" and rushed to him. They've lived together for 20 years now.

We've been living together for two years, and he courted me for 20 years. We love each other madly, but there's almost no time to talk: too much work. My job is at least 5/2, but he works on rotation, so he wakes up at 5:30 a.m. and comes home at 10 p.m. Recently, he overslept and decided to stay at home on Sunday. It's such a pleasure to wake up together in each other's arms!

I'm really petite, and my husband is huge. At night, he clamps me up and falls asleep with me fully in his arms. I'm hot and tight, and there's no escaping his grip. If I ask, he lets me free, but as soon as he's asleep, there it goes again. Now he's on a business trip, and I'd be glad to shout "Freedom!" But no. It turns out I can only sleep tightly packed in my hubby's arms.

My darling proposed to me on the first day of knowing me. I thought he wasn't serious and rebuked, although feeling so much at home with him from the very first seconds. He later explained his behavior, saying, "I don't know what that was, but I just wanted to be family with you right away." We've been family for nine years now.

She was my first love. We were madly in love and understood each other so well. But I thought I was too young for serious relationships and traded her for booze and friends. Now I'm 27, with six years of binging and light affairs. Recently, I met her in a shopping center. She's now happily married and has a son. We sat in a cafe for four hours, talking about everything. We both confessed we'd had the best time of our lives together. I came home and burst into tears. How stupid I was to exchange the love of my life for all this. Don't let "your" people go.