© 2014–2022 TheSoul Publishing.
All rights reserved. All materials on this site are copyrighted and may not be used unless authorized by the Bright Side.
20-21-

20+ People Who Showed-Off Their Hidden Talents

15 Photos That Show the Wacky Dramas of Family Life

20+ Times People Were Lucky Enough to See Something Truly Special 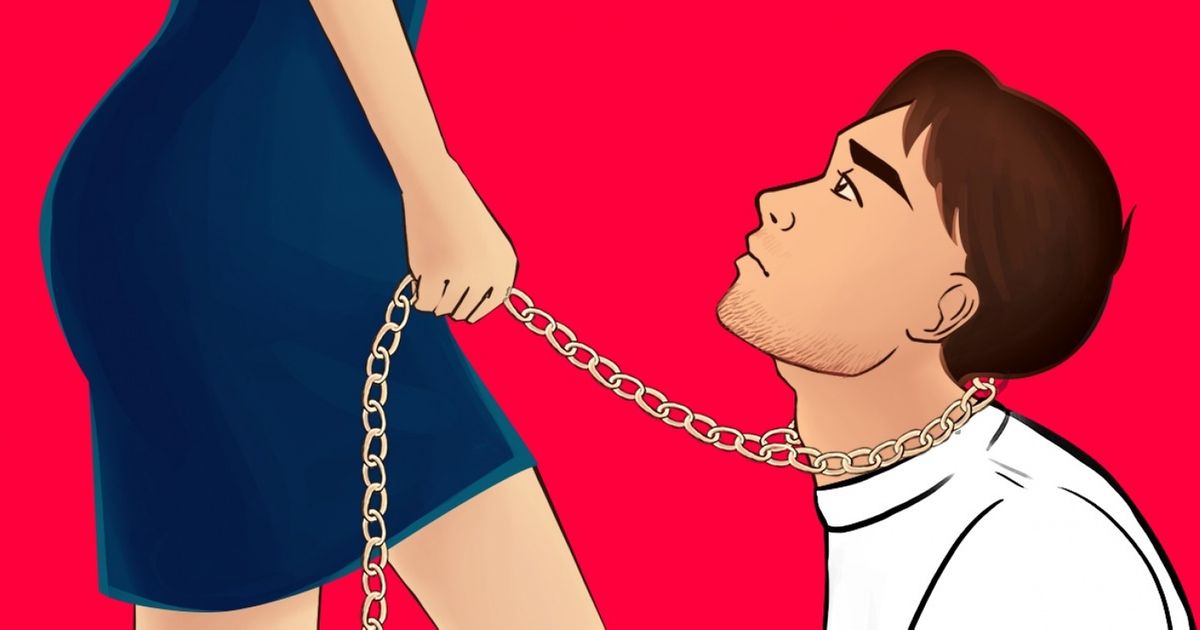 Relations between people are an endless topic that inspires not only filmmakers and writers, but also scientists. Speaking of scientists, a special place is occupied by Eric Berne and his book called "Games People Play" that developed a cult following in psychology after it was published. The author describes popular "games" adults play and gives advice on how to recognize and stop them before they affect the relationship.

We at Bright Side have collected the most popular games played in marriages. To make it easier to understand, the author describes a fictional family couple - Mr. and Mrs. White.

Mrs. White often complains that she has not achieved much in her life because of her husband, a tyrant that restricts her from doing anything, even taking dance classes. It's interesting that when Mr. White did allow his wife to attend dance classes, it turned out that she was extremely afraid of dancing. There are probably the same kind of Mrs. Whites among your friends and acquaintances.

The game 'It's all because of you' is just a way to justify your fear, laziness, or other reasons that did not allow this woman to take dance classes or something else. In addition, the guilt she imposed on her husband allowed Mrs. White to receive gifts and other encouragements from him.

Imagine that Mrs. White invited her husband to go to the movies, and he agreed. They start to get dressed, and then she suddenly declares that he needs to fix something. Shocked, Mr. White abruptly replies: "Our finances are strained, I'm working so hard, there is only one of me."

Mrs. White is offended and tells her husband to go to the movies by himself since he's in a bad mood. He follows her advice but doesn't go to the cinema, instead he goes to a bar with his friends. And Mrs. White remains in a corner where she drove herself, but with a trump card - the opportunity to reproach her husband for leaving her alone.

This game is usually played in public. Mr. White tells a story or a simple phrase that puts his wife in an unattractive light and at the end, he adds: "Am I right, sweetheart?" And the more offensive the story, the more abrasive the word "sweetheart" sounds.

As a result, the goal is achieved: the wife is defiled but the last phrase does not allow her rebuttle with a bad attitude. Mrs. White starts to get angry but she has no objective reasons for anger because her husband is playing like he's a gentleman, and unreasonable anger will add one more minus to the group's perception of her.

Having closed himself in the bathroom, Mr. White is fully concentrated at painting pipes. At this time, his wife appears with the question: "Do you love me?". The question can be different, for example, 'Shall we have lunch?,' 'Are we going for a walk?'. Having been distracted by his wife, he drops the jar of paint right on his leg, and here,with the phrase, "See what you made me do" a scandal begins.

Mr. White wants a divorce, but he does not want to be the initiator. His wife sees that something is not going well in the family and invites her husband to visit a psychotherapist. He agrees but starts to behave even worse, proving that the therapy does not work. In the end, having gotten tired, Mrs. White files for divorce. Mr. White rejoices - the goal has been achieved, but there is nothing he can be blamed for because he didn't want the divorce and even tried to prevent it.

Another popular example of this game is the situation when one of the spouses does not work because of laziness. He or she doesn't say the real reasons for unemployment aloud but skillfully creates the appearance of an active job search. It allows a person to respond to any questions angrily: "Can't you see? I'm trying my best." After this, a desire to raise this topic disappears for a long time and there is a sense of guilt because he or she is really trying.

The most typical game for most families according to Eric Berne is the first one - “It’s all because of you." Do you agree with it or do you think that other games also appear as often as the first one? Please share your opinion in the comments!