© 2014–2022 TheSoul Publishing.
All rights reserved. All materials on this site are copyrighted and may not be used unless authorized by the Bright Side.
9-7-

23 People Who Showed Us Something Special in Ordinary Things 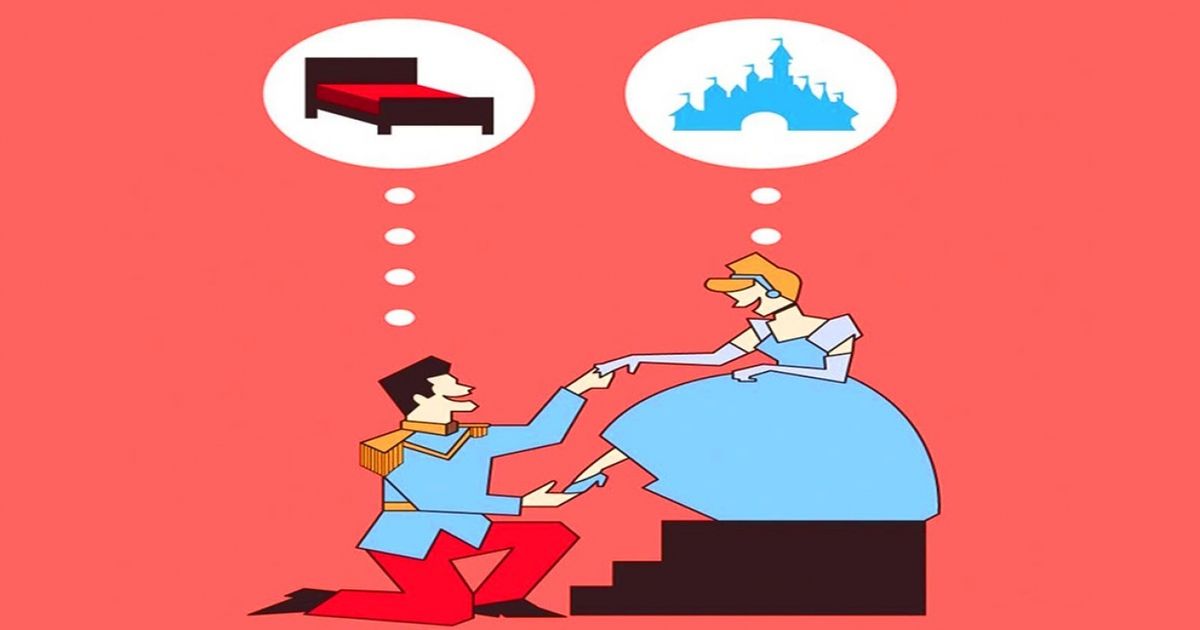 6 Myths About Love That People Still Believe In

Myths are exceptionally hard to kill. We often believe in things that don’t even have hard evidence. Love is no different from other areas of life, and some of the common stereotypes about love might seriously damage your relationship. But if you are aware of them, you’ll make fewer mistakes, and there’ll be much less to regret in the future.

Bright Side has collected the 6 most widespread misconceptions about romance that could stand in the way of your happiness.

How many times have you heard this phrase? Despite its popularity, it’s been proven wrong. Generally, people who are in a long-lasting relationship have more commonalities than differences at the very start of their journey.

As early as their first meeting, they notice the other person’s traits that they themselves possess. These traits signal that the couple could have a harmonious partnership in the future.

Besides, it’s been found that couples with similar personalities and values make better parents than couples with different dispositions.

If you still believe you can change your partner, forget it. Sure, a relationship leaves an imprint on a person’s habits. But there are fundamental areas that you just cannot alter, no matter how hard you try: personality, attitudes, values, and a selection of socially relevant behaviors.

If you dream of a partner who understands and supports you, you’d be better off with someone who shares your views.

3. Living together before marriage is a good way to get to know each other.

This course of action seems intuitive. To make an important decision, you need to know a person well. However, living under one roof isn’t the best way.

A couple moves in together and might even be going along pretty well for a while, but being ready for marriage doesn't happen in a matter of days. Meanwhile, their parents start asking when they are finally going to tie the knot because "what’s the point of waiting if you already live together?" This will lead to the couple being pulled into marriage instead of making a conscious decision. In the future, they might divorce or feel dissatisfied with their premature step. Therefore, it’s best to start living together after you are both ready to plight your troth.

4. Your soul mate is predetermined.

Many people dream of finding a perfectly matched partner at the very outset of their search. The truth is, we don’t meet but become each other’s soul mates as a result of a happy and harmonious marriage. Furthermore, out of the billions of people living on this planet, there is surely more than one who could become your other half.

It is beyond argument that a couple’s core values should match, but only long-standing love and mutual respect in spite of all the obstacles will make you feel like you have a soul mate by your side.

5. Love has an expiration date.

People who claim this are wrong. A study by Stony Brook University in New York found that the feelings in new couples are as strong as in relationships that have lasted 10 to 29 years. In both cases, the brains of the volunteers who took part in the experiment reacted to photos of their significant others in a similar way.

However, keep in mind that eternal love is only possible if the partners care about each other, respect each other’s opinions, and solve their problems shoulder to shoulder.

This myth is very common but not accurate.

Research shows that when checking out a man at a first meeting, a woman only needs 6 glances to decide if he suits her.

While there is no love literally at first sight, 6 glances are not that much either. According to author and life coach Ali Campbell, a woman takes 45 seconds to subconsciously decide if she likes a man.

Do you have any other examples of beliefs about relationships that you think are false? Share your ideas in the comments section!