© 2014–2022 TheSoul Publishing.
All rights reserved. All materials on this site are copyrighted and may not be used unless authorized by the Bright Side.
17212-

15+ Pets With Features That Made Them Look Special

15 Celebrities With the Shortest Marriages in Hollywood History

10 Inventions That Became World-Changers in 2021

10+ Stories About Teachers Who Got Admiration in Their Students’ Eyes

Mother Discovered That Her 3 Adopted Kids Were Actually Biological Siblings 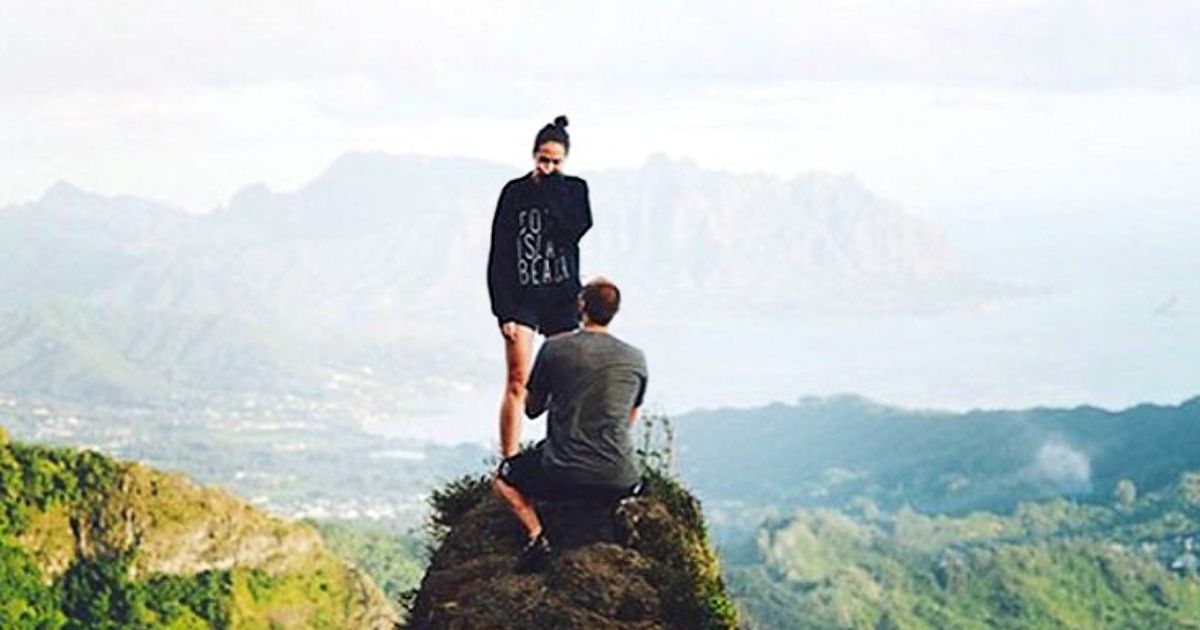 This is how you organise an unforgettable marriage proposal

This popular Instagram account will come in handy for everyone planning to ’pop the big question’ to their better halves, as well as for everyone who can’t wait to yell ’YES! A thousand times yes!’ in response. The HowHeAsked project — which has already attracted 418,000 subscribers — collects the most unusual, beautiful and amazing proposal stories. Take notes, ladies and gentlemen.

We at Bright Side were happy to learn that love and romance are not dead, and sometimes its possible for life to feel like a perfect romcom!

After a nine-hour-long hike. ’As I was looking at the camera Connor tugged my hand, when I turned around he was on one knee.’

By the ocean shore

After a color run

’After we finished our 5k color run he got down on one knee and asked me to begin our own race.’

’Will you marry my Dad?’

Inside a giant cave

’Inside the world’s biggest cave, I dropped to one knee and asked my girlfriend of six years, Alesha, to marry me.’

On a roller coaster

’She didn’t see what happened until they posted the pic on the screen at the end of the ride!’

’He made me an incredible proposal on a beach.’

On an ice-skating rink with a red carpet

’He opened the doors to the ice-skating rink and there was a red carpet laid on the ice with a box at the end.’

’We were in the middle of nowhere, surrounded by mountains, miles from the nearest person. It was like we were in some fairytale winter wonderland.’

’He led me through the rose petals to a spot at the end of the rocks. I didn’t cry immediately. But then his eyes locked on mine and I lost it.’

Proposing on a beautiful lake with a secret photographer capturing it all.

’There were flower petals and candles everywhere and a movie screen set up. Aaron pressed play, came and sat by me in the teepee, and started shaking and tearing up.’

On a mountain top

’I started getting down off the rather steep rock but Andrew began to talk about how this beautiful hike reminded him of our relationship. Then he got down on one knee and asked me to marry him.’