© 2014–2022 TheSoul Publishing.
All rights reserved. All materials on this site are copyrighted and may not be used unless authorized by the Bright Side.
12117-

7 Skincare Products That Are Actually Less Helpful Than We Thought 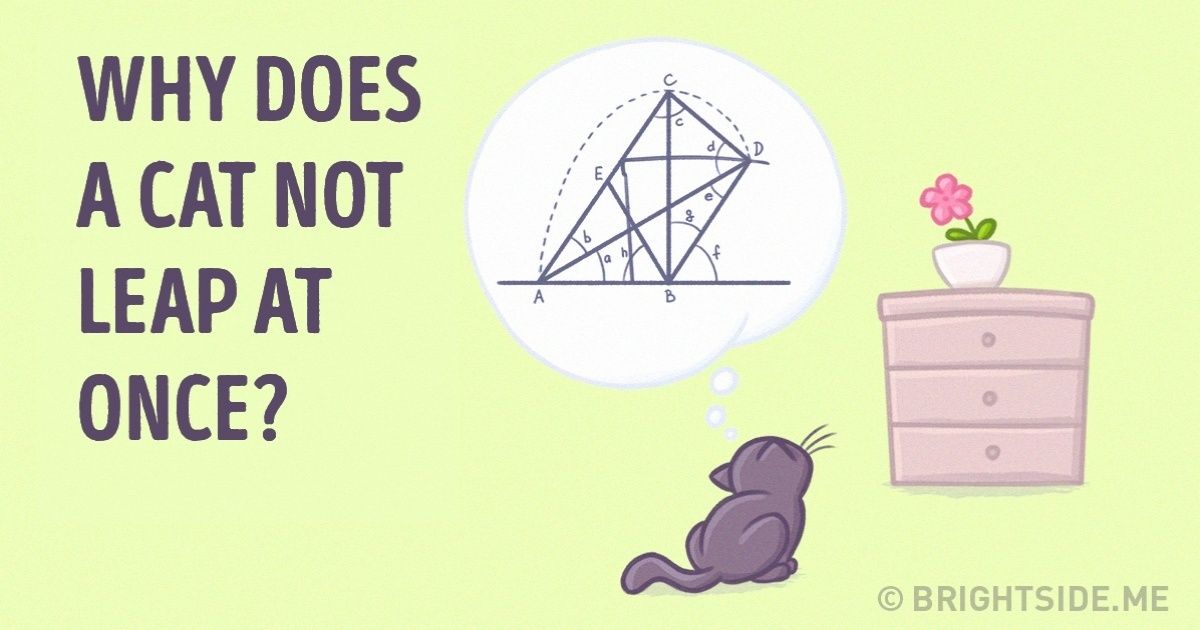 Which animal do you think is the smartest? It’s a difficult question, of course, because different animals are good at different tasks. For this very reason, Japanese researchers have recently decided to reword the question and find out which animals are better than others at one of the most complex sciences: physics. And the answer turned out to be cute and fluffy — it’s cats!

The classic test of an animal’s ability to find a logical link between events is quite simple. First, the animal is shown two bowls, one empty and the other filled with food. Then the bowls start moving and finally hide behind a curtain. The task for the tested animal is to guess that the food will appear on the other side of the curtain and run to it there. Many animals failed this simple test, including birds, reptiles, and even our distant relatives — monkeys.

For cats, however, scientists made the task even harder. The test subjects had to link the source of a sound to an assumed object inside a semi-transparent box with a hole in it. The box issued a rustle from time to time, yet there was nothing inside it. This caused the cats to start exploring the boxes, touching them with their paws, and looking perplexed. It turned out that cats were able to connect the sound with the boxes even if no object emerged.

This experiment proved that cats have a highly developed understanding of cause-and-effect links, which lie at the base of all laws of physics. So when you think your whiskered buddy behaves weirdly and seems way too interested in some trivial thing, you just don’t understand everything. What he’s probably trying to tell you is this:

What I’m seeing is illogical. Don’t fret, because I’ve got it covered.
© giphy.com