The 16 Rarest Cat Breeds Ever

We at Bright Side adore these graceful and majestic creatures. Today we invite you to learn more about the rarest cats that can be found all over the world.

We bet you hadn’t heard of them before today!

This is one of the smallest cat breeds and can be found only in the south of Africa. Their weight is rarely over 5.4 lb, and their head-to-body length can reach 17″. Despite the name, only the underparts of the cat are black. This cat’s behavior is still under research, although they do prefer to live in hollow termite mounds and unoccupied burrows of porcupines.

We used to think that cats hate water, but this cat proves us wrong. Their most peculiar feature is the webbing beneath their toes for better swimming. They are about twice the size of a domestic cat and very muscular. They are usually not aggressive but can surely defend themselves when necessary.

The Iberian lynx is one of the rarest and most endangered species of wild cats on the planet. The used to prey all over the territory of modern Spain and Portugal. However, today they can be found only under the protection of the Doñana National Park.

Jaguarundi — what a name! They are found in Mexico and South America and, in fact, scientists know little about them — only their characteristics and habitat. It’s a shame that such a beautiful creature is still a mystery to us. Captive jaguarundis rarely live more than 10 years. 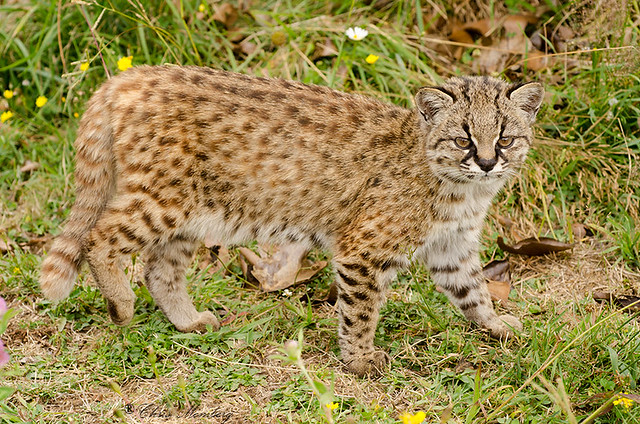 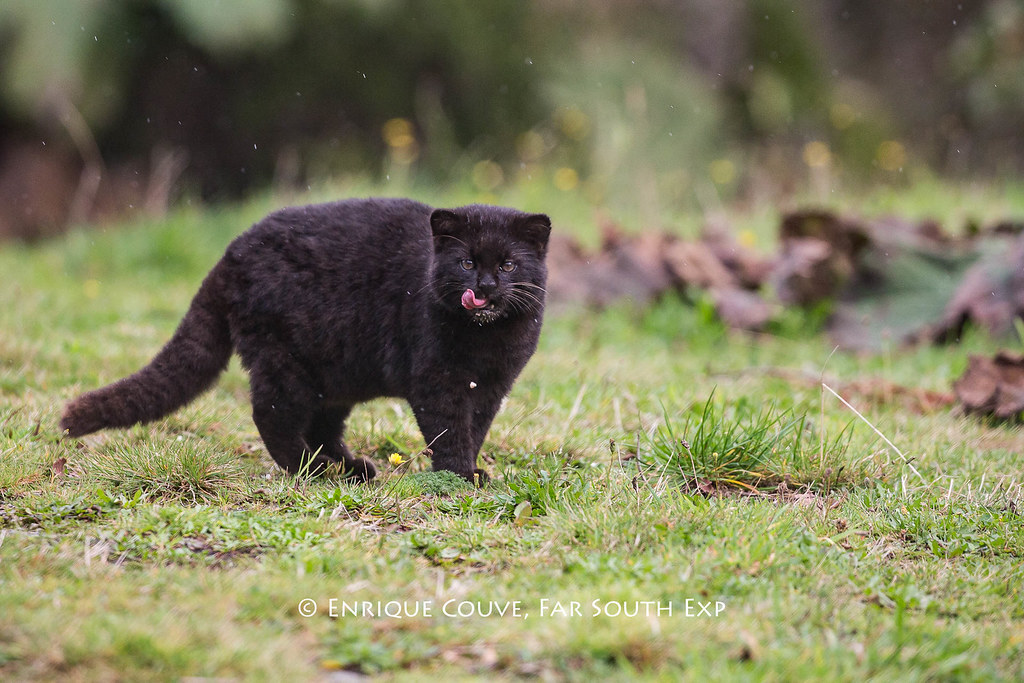 This small-headed wild cat lives primarily in Chile and in some areas of Argentina. They spend most of their time resting in dense vegetation in ravines, watching out for their prey. Kodkods are actually very good climbers, with a strong muscular system that allows them to climb high trees. Local people sometimes call them vampire cats because of the 2 bites they leave on their prey.

The Kodkod’s neighbor in South America spends most of its day in the trees. What amazes us about this cat is that it can jump from one tree branch to another and get down a tree like a squirrel. Their strong legs allow margays to hang with their heads down. Is it really a cat?

This petite cat weighs no more than 3.5 lb, which makes it the smallest one. These cats live only in India and Sri Lanka, with a total population of about 10,000. They prefer both dry open spaces and humid forests with bushy vegetation. They can be domesticated very easily, but we’d rather keep them wild!

What grace! Well, it’s almost like a real leopard but a bit smaller. A clouded leopard’s head-to-body length reaches 32″, which is 22″ shorter than an ordinary leopard. It is believed that the clouded leopard is a link between big cats and small cats in wild nature. They like to rest on trees, and the females even use hollow trees to breed. A very beautiful dark gray pattern embellishes the whole body. We can’t take our eyes off its beauty. 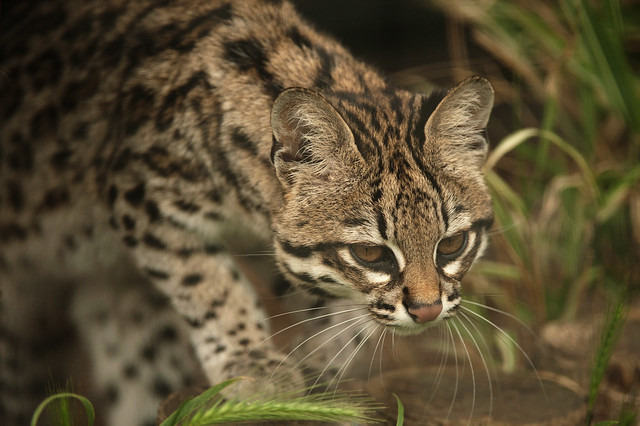 The oncilla, also known as the little spotted cat, is the breed we know the least about. They live in Brazil and Argentina, but their spotted fur allows them to hide among the tree leaves so perfectly that scientists observe them very rarely. On the other hand, this puts their population under less threat. So far so good!

The sand cat inhabits the sandy places of our planet, like the deserts of North Africa and the Middle East. They feel perfectly safe among sand, stones, and a lack of fresh water. They reach only 14.2″ long, and half of this length is their tail. They satisfy their moisture needs from their prey.

Despite totally different looks, the wildcat is the closest relative to the sand cat. However, it looks more like the ordinary cat you have at home for a reason: wildcats were the first cat breed that was domesticated by people 10,000 years ago. Modern species behave nothing like our pets, staying away from people and remaining wild.

Geoffroy’s cat is the same size as a domesticated cat. But unlike house cats, they can hunt and swim if it’s necessary for chasing prey. They’re very protective of their homes, and they store food in hollow trees and hide it by covering it with bushy branches.

They’ve been considered extinct for a very long time, hiding at the top level. They live in the Thai-Malay Peninsula and Sumatra, and scientists still doubt the number of species there. This cat really loves water and hunts in rivers. One peculiar feature was observed: they wash their food before eating. Isn’t that cute?

Another type of cat that hides so well you’ll have a hard time seeing it in wild nature. Scientists use special digital collars to learn more about this cat’s habitat and behavior. They stay active during the day and can walk distances of up to 12 miles without rest. They climb trees easily but prefer hunting on the ground.

South American colocolos are the same size as domestic cats. When they feel a threat or danger, they raise their fur and become visually larger. This technique saves their lives when their opponent is much larger and stronger. Smart, huh? The color of their fur can differ from reddish or dark gray with rusty-cinnamon stripes to brown with rosette-shaped spots. It all depends on their specific habitat.

The bay cat, also known as the Bornean cat, got its name from the place where it lives: the island of Borneo. They’ve been historically rare and are now endangered, so people keep an eye on their breeding and protect their places of habitat. Bay cats are very careful, and the first photo was taken only in 2002. They may look almost like domestic cats, but they are more aggressive and active.

Many cats have their own peculiar features that help them survive or find a mate. They breed in wild nature and sometimes mate with domestic cats, creating new unique species. People have been creating new species for many years, and some of them are true gems.

The burmilla, on the other hand, was an accident of mating between a Burmese and a chinchilla. But can accidents be any cuter?

0
0
6
0
14k
© 2014–2020 TheSoul Publishing. All rights reserved. All materials on this site are copyrighted and may not be used unless authorized by the Bright Side.