10 Pairs of Movies That Are So Similar, It’s Suspicious

The movie industry is competitive, and the race for people’s love and admiration often turns out to be really tough. Great ideas are never safe, because they tend to be exploited in whatever way possible. As a result, we kind of have a déjà vu experience while watching a movie we thought we’d never seen or spot a suspiciously familiar beloved panda in a place it doesn’t seem to belong.

Bright Side compared several movies whose similarities are interestingly undeniable. In some both are good and others are well-known movies paired with bizarre low-budget videos. But we invite you to take a look, it’ll give you both a laugh and something to add to your “must watch” list. 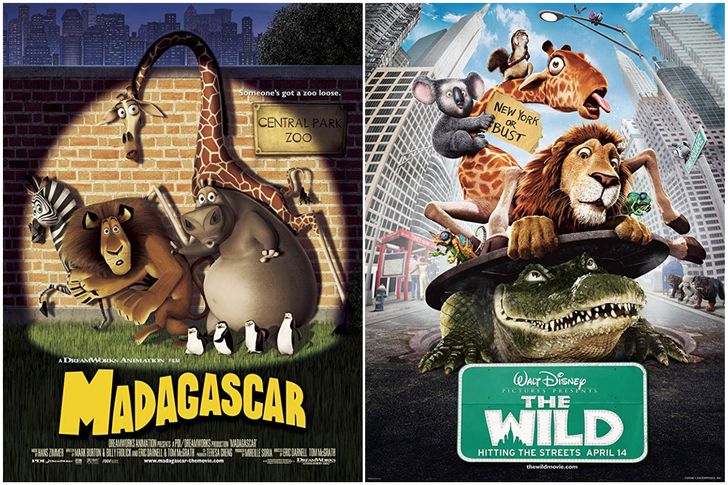 4 friends from the New York Zoo — a lion, a zebra, a giraffe, and a hippo — escape the zoo, shipwreck, and find themselves on the island of Madagascar. There’s no civilization, the island is populated with lemurs, and the friends have to adjust to their new living conditions and try to find a way back home.

An adolescent lion named Ryan is accidentally shipped from the New York Zoo to Africa. His father and some other animals — a koala, a crocodile, a chameleon, a giraffe, and a squirrel — escape the zoo and go to Africa to find Ryan. 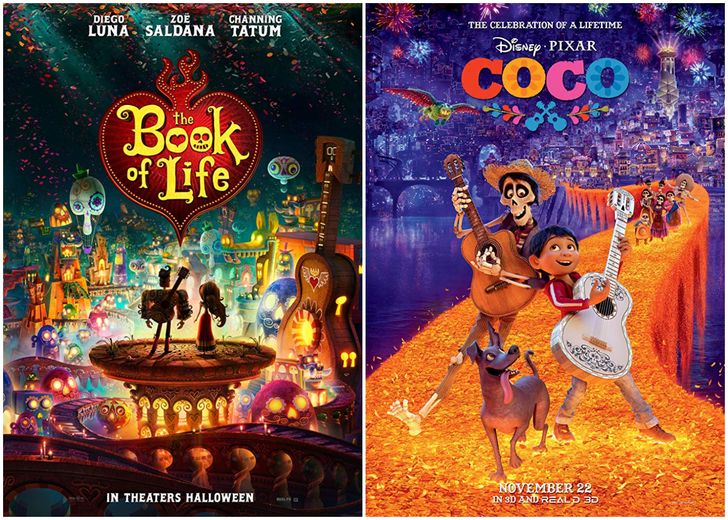 A young Mexican boy named Miguel is raised in a family where music is restricted. However, he loves music and plays the guitar in secret. Once, on the Day of the Dead, he rebels against his family’s rule that restricts music and accidentally travels to the Land of the Dead. There, he is looking for his musical idol, Ernesto de la Cruz, to help him get back home before the day is over, otherwise he will have to stay there forever. 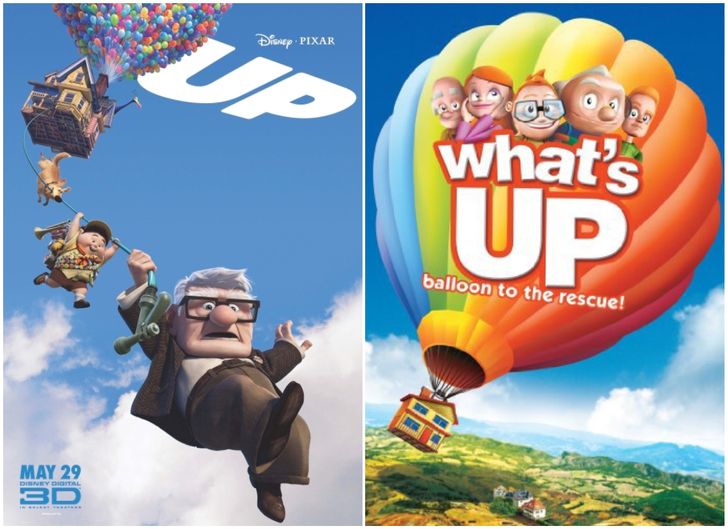 An old man named Carl is forced into a retirement home so the city can demolish his house to build a high-rise. However, he’s not planning to go, nor to let them destroy his house that’s filled with memories of his dead wife. So he lifts his house in the air with thousands of balloons and flies to South America as he and his wife had always dreamt of doing. But soon he realizes he has some unwanted companions in the form of a boy scout and a talking dog.

An old scientist makes a discovery — with the help of a magic stone and a big balloon he makes his house lift in the air. Along with his nephew, he plans to take a trip around the world. 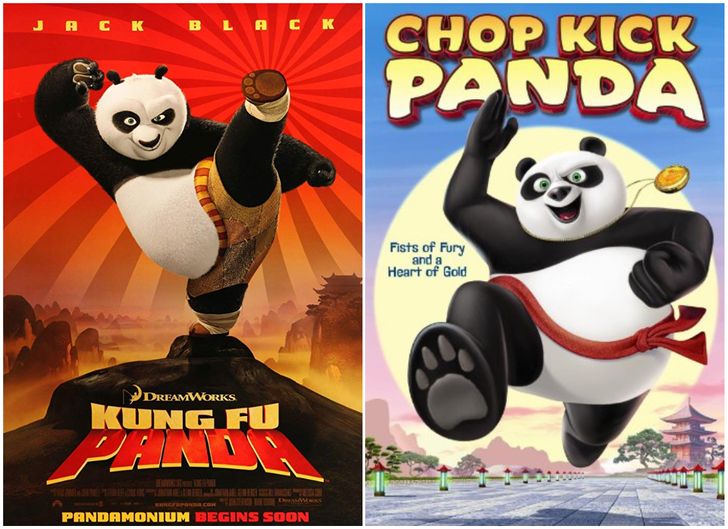 A clumsy panda named Po, who works in a restaurant, got named the “Dragon Warrior” and is supposed to defeat an evil kung fu warrior who escaped from prison. He goes to train with the best warriors and becomes a true kung fu warrior to complete his mission.

A fat lazy Panda named Zibo, who works as a cleaner, dreams of becoming a warrior. He doesn’t know anything about fighting, but he has to stop an evil tiger who wants to take over his kingdom. 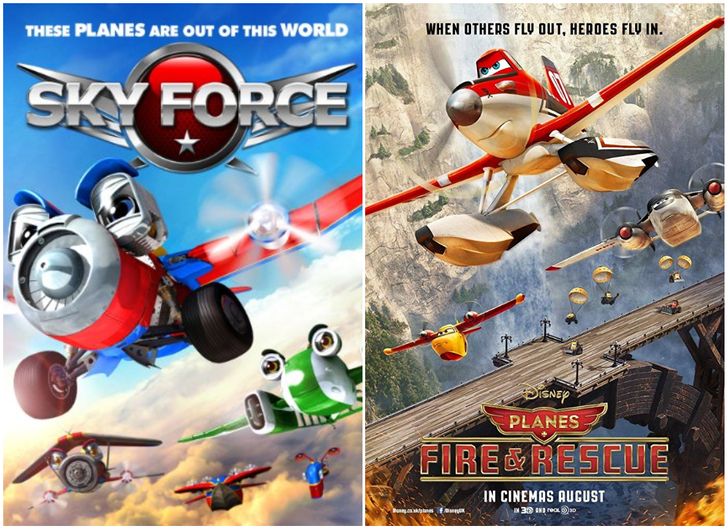 Sky Force is the most elite emergency fighting team in the sky. However, its team member Ace leaves it after a tragedy on a dangerous mission. Ace hasn’t forgotten his former life and when his new boss in cargo hauling puts his co-workers in danger, he overcomes his fears and takes action.

Dusty’s engine is damaged and he can’t compete in races anymore. He joins a forest fire and rescue team and becomes a firefighter. 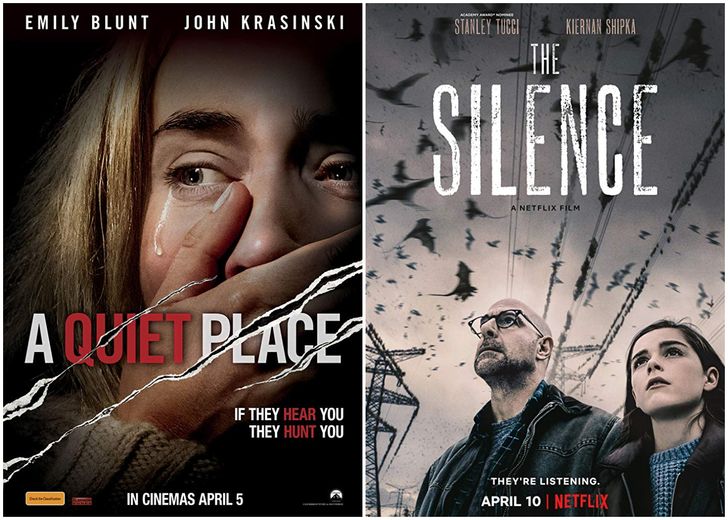 In a post-apocalyptic world, the earth is taken over by blind monsters with ultra-sensitive hearing that hunt humans by sound. A family with a father, a pregnant mother, a deaf daughter, and a little son take a trip to the countryside to start a quiet life.

The world is under attack by blind creatures who hunt humans by sound. A 16-year-old deaf girl and her family seek refuge, but on their way find a tongueless cult who want to exploit the girl’s heightened senses. 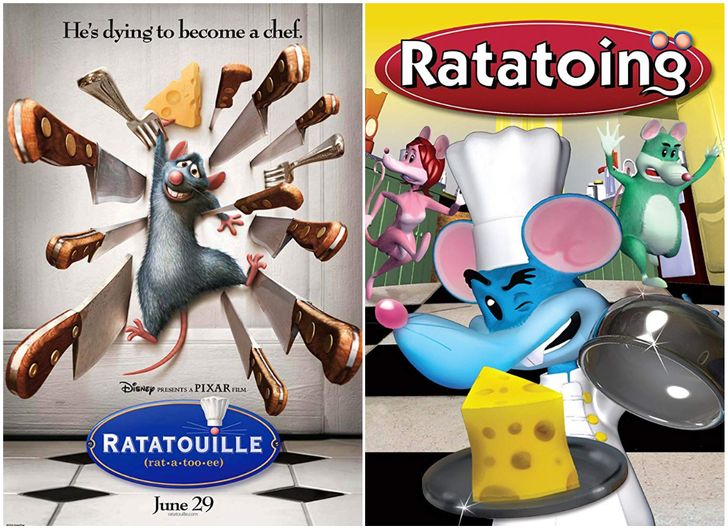 A rat named Remi is a great cook and has always dreamt of becoming a famous chef. He makes an alliance with a young kitchen worker and cooks the best food in a famous French restaurant.

A rat called Marcelle Toing is the owner of a restaurant in Rio de Janeiro. He steals ingredients from human restaurants and uses them to make and serve the best meals. 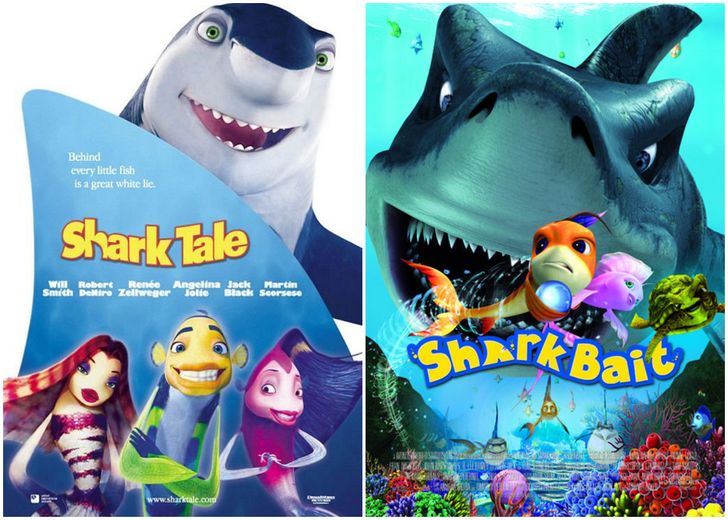 A huge underwater city is populated with fish and a shark mafia is at work on the periphery and in the shadows. One of the fishes, named Oscar, once witnesses the death of one of the sharks — he pretends he killed it and becomes popular. Because of this, he gets attention from the most popular fish on the reef but has to deal with the consequences of his lie.

After his parents’ death, a little fish named Pi goes to the Big Reef to find happiness. He falls in love with the most beautiful fish and becomes enemies with a shark. 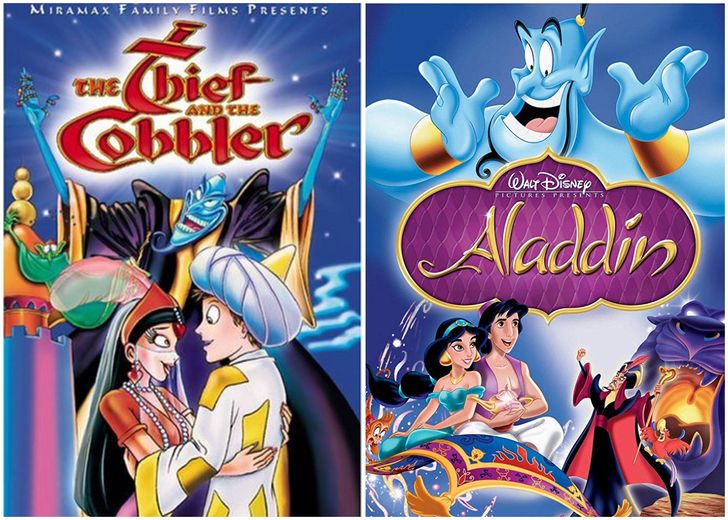 A wizard plans to marry a Princess in order to succeed her father, the King, and conquer the city. He meets a cobbler named Tack and sends him to the royal castle to make his shoes, however, Princess YumYum falls in love with him and saves him. The Thief, meanwhile, is trying to steal the gold balls that protect the city. Together, Tack and YumYum are trying to save the city from the wizard and the approaching army.

Aladdin is a thief from the streets of Agrabah. One day he meets Princess Jasmine, the daughter of the Sultan, and falls in love with her. The evil wizard, Jafar, who wants to marry the Princess to get the throne, imprisons Aladdin and manipulates him to get a magic lamp. Aladdin finds the lamp and keeps it for himself, and now he has 3 wishes to get the love of his life back and save the city. 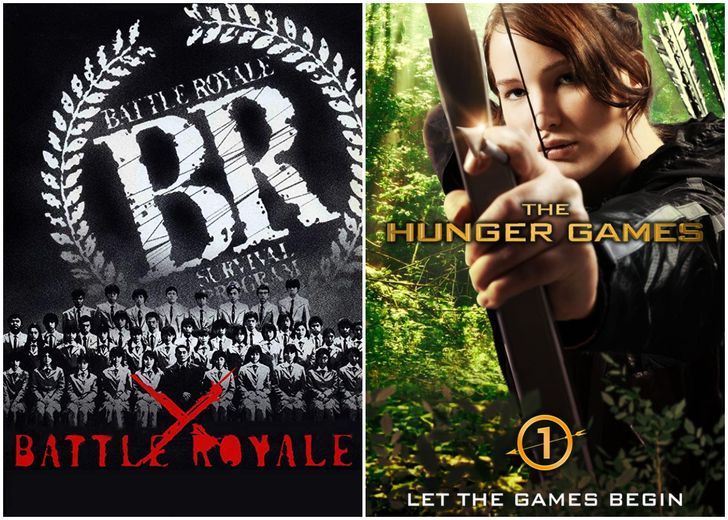 The Japanese government captures a class of ninth-grade students, takes them to an island, and forces them to play a game. They get a backpack with random things, including food and weapons, and they have to kill each other for 3 days until only one winner is left, who will be freed. Their teacher goes over the rules and kills 2 students to illustrate how serious and real the situation is.

A post-apocalyptic world is split into 12 districts and a capital. To keep everyone under control, the government sets an annual televised competition in which 2 teenagers from each of the 12 districts are randomly chosen to fight to the death until the last one is left to become a winner.

Do you know any movies that are strikingly similar? Let us all know in comments below!