Our amazing planet will never stop creating surprises for us! There are a lot of things and places which can’t be analyzed or explained. They are still a riddle for mankind, but they continue calling our attention.

Bright Side has found 13 unbelievable places and phenomena whose existence is not understood even by scientists.

The most amazing fact about these boulders is their size and shape. How could such ideally spherical stones appear? There is still no clear-cut answer.

Animal migration is a natural phenomenon. Animals travel from one place to another, usually during the same season of the year. Still, scientists can’t explain the existence of such an important instinct in genetic patterns of absolutely different types of birds, fish, insects, and mammals.

11. The Great Sphinx of Giza

The Sphinx’s small head made Boston geologist Robert Schoch suppose that the statue initially had the head of a lion. This head was carved into a pharaoh’s mysteriously smiling face (at the order of this pharaoh). However, this hypothesis was not supported by scientific fields or Graham Hancock’s supposition on the correlation of 3 pyramids with the stars of the Orion constellation in the 11th millennium BC.

The pyramid of Zawiyet el-Aryan has been off-limits to tourists for many decades. The 75-feet-deep hallway was cut out of solid limestone bedrock. Scientists still wonder how people in Ancient Egypt could have made the walls so smooth without modern technologies.

It’s believed to be the base of a pyramid or a pharaoh tomb, but the sizes of the hallways are a lot bigger than in any other known pyramid, and there are no oval tombs in Egypt. In addition, the weight of the granite stones placed on the floor of this temple is simply immense. This pyramid is nothing like any other in Egypt, and we still wonder how and why it was built.

Instead of flashing whenever they want, these fireflies flare up at the same time (every 1-2 seconds) — they are really synchronized. Jonathan Copeland, a firefly specialist from the University of Southern Georgia, claims that it might be a certain ritual. However, nobody knows exactly what it is.

This stone was found in 1872 during the earthworks in the city of Meredith at the bank of Lake Winnipesaukee (New Hampshire, USA). The Meredith stone is a piece of worked-out quartzrock. There has never been any quartzrock in New Hampshire, so the stone is from somewhere else. The dates and functions of this rock are still unknown.

Citizens of Taos (New Mexico, USA) have been hearing a low-frequency hum of unknown origins for many years. The sound reminds one of heavy vehicles moving through an arterial road, though there are no large roads near this town. 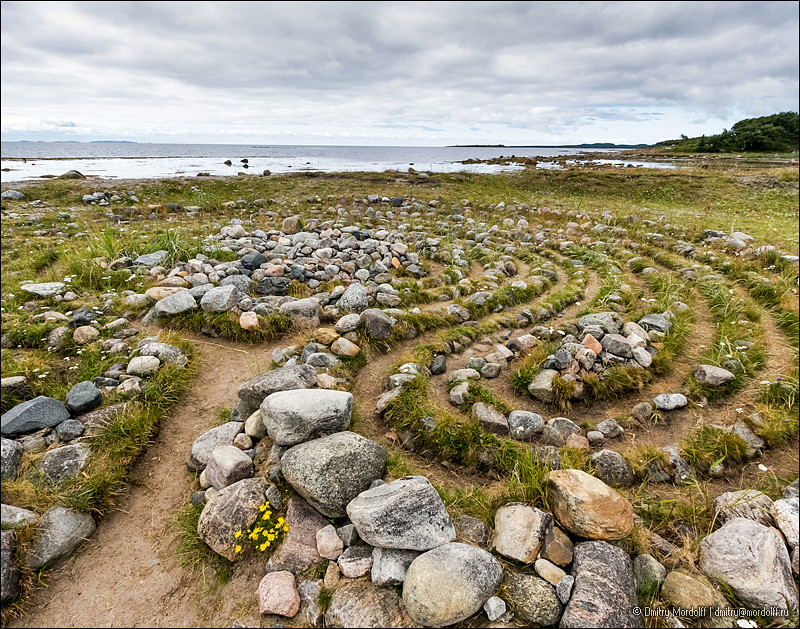 There are a lot of spiral stone constructions on Bolshoi Zayatsky Island. Nobody knows their exact functions, but the number of theories is large: the labyrinths might have been used for rituals of some kind or as a template for weaving a fishing net.

In 1986, a group of divers found a range of strange constructions resembling architectural buildings near the island of Yonaguni. The artifacts (stones with symbols, scrapers, and animal bas-reliefs) made everyone think they were handmade. Researchers still argue about this topic.

4. Red glow over the Pacific Ocean

This strange red light was first seen by Christiaan van Heijst. He was flying from Hong Kong to Alaska in his Boeing 747-8 when he noticed a red glow beneath him. This glow appeared after a flash of distant lightning. Nowadays, this phenomenon remains unexplained. Scientists think it might be a reflection of a volcanic eruption beneath the ocean.

Some people suppose that our ancient ancestors made such rocks as symbols of sky objects or as a delimiter for the borders of their dominions. Actually, the origins of the stone balls in different countries around the planet are unknown and unexplained.

During the construction of this famous monument, architect Gutzon Borglum wanted to create a Hall of Chronicles inside the cliff face. For this purpose, he excavated a cave behind the head of Abraham Lincoln. In 1998, more than 50 years after his death, copies of important documents and the memoirs of various presidents were placed inside the unfinished hall, which now serves as a time capsule. Nobody knows how the cave was used, remaining empty for 50 years. Some people think there were some secret laboratories. Who knows?

For centuries, people were curious about the location of the tomb of the notorious Genghis Khan. Multiple discoveries were made in Mongolia and China, yet no one can definitely say where the great leader is buried.

3
0
16
0
112k
© 2014–2020 TheSoul Publishing. All rights reserved. All materials on this site are copyrighted and may not be used unless authorized by the Bright Side.