© 2014–2022 TheSoul Publishing.
All rights reserved. All materials on this site are copyrighted and may not be used unless authorized by the Bright Side.
20-17-

20+ Pets That Can Outshine Any Top Model

What Happens to Our Body When We Watch Romantic Movies

20 Times Life Was Spiced Up by Surprises No One Expected 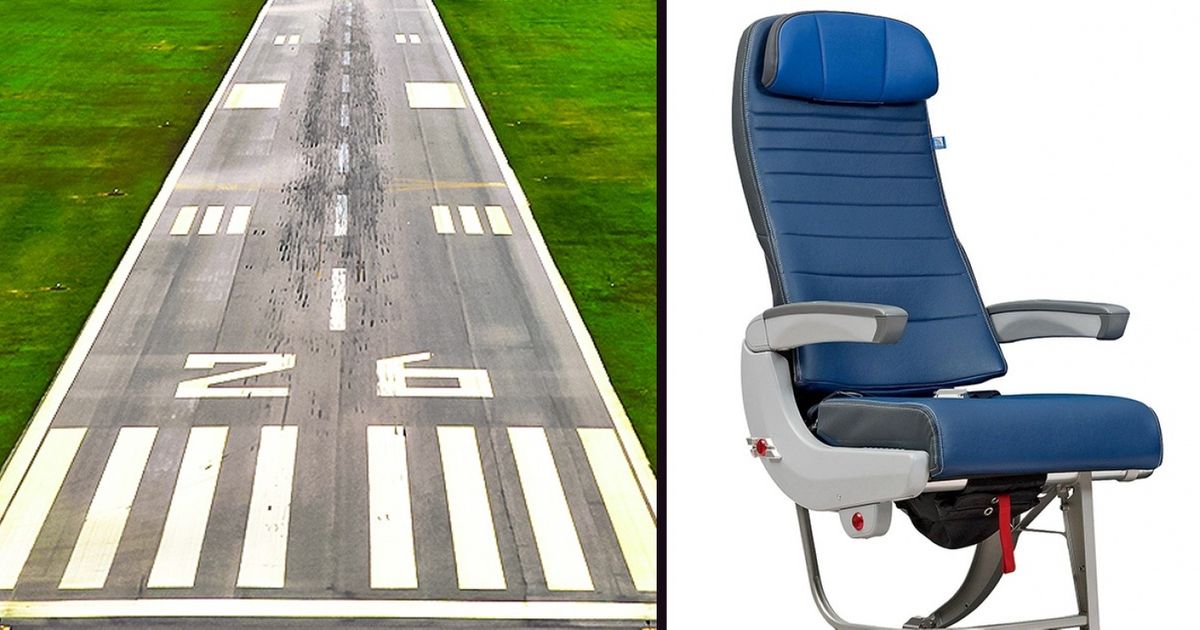 13 Secrets From Airline Employees That Few Passengers Know About

Each profession has its own secrets, and airline employees are no exception. Some of them gladly share the details of their work on social media.

Bright Side found 13 such online confessions for you.

13. Not all minor failures are repaired immediately.

Now don't assume someone will allow the plane to take off if it's unsafe. In fact, the list of things to be checked before the flight is enormous. Still, there are minor failures that don't affect the safety and can be dealt with later to avoid flight delays.

12. Here's the reason why there are hand grips at the door inside the plane.

They are meant for flight attendants in the event of panic onboard. When an attendant prepares the emergency exit, panicking people can accidentally knock them down or even push them from the plane. These hand grips will help the attendant stay upright.

11. The captain and co-pilot are fed differently.

If one of them gets poisoned and is unable to pilot the aircraft, he will be substituted by the other one. However, this doesn't work for all airlines.

Hanging a lock on the zipper of your bag is useless, as it can be easily picked with a pen or pencil. This is sometimes done, damaging the zipper in the process.

9. Why it's really forbidden to smoke onboard.

It's common opinion that smoking prohibition is connected with such obvious reasons as the danger of fire and passive smoking. Still, the former is a bit doubtful - smoking was allowed before, and there were no fires. In fact, the real reason behind the ban is an economic one. The air onboard is constantly filtered, and resins and smoke wear out the equipment faster.

8. The 7 most common reasons why luggage gets lost:

7. Why passengers are asked to turn off cell phones.

A phone can hardly cause a critical malfunction of the plane - that's a myth. But it sure can create static on the radio signal, which may not let the pilots hear important information from the dispatcher. Still, even the cabin crew sometimes ignore this rule.

Many airlines provide their employees with very cheap or sometimes even free tickets for themselves, their children, and their spouses. Generally, when an employee buys a ticket, they only pay for taxes and duties, while the flight itself is free of charge.

5. The lavatory door can be easily opened from outside.

There's a special switch on the door that's hidden under the "No smoking" or "Lavatory" sign. This is made, of course, not to infringe on the privacy of passengers but to avoid breaking the door if someone feels sick inside.

4. When is it best to buy tickets?

It's believed that the earlier you buy air tickets, the cheaper you get them. That's not exactly true, though, because cheap tickets are bought first, and that's all there is to it. However, on Tuesdays, Wednesdays, and Saturdays tickets are indeed a little cheaper than usual.

Flight attendants confess that the more respect you show them, the more they're ready to do for you. Too little beef for your taste? Ask politely, and you may receive filet mignon from first class. A noisy neighbor? If you explain the situation calmly, you'll almost certainly get another seat. Want to know a football score but don't have the means? A flight attendant will find it out for you, if you're nice. Troublemakers, on the other hand, will hardly receive more than the minimum they're entitled to.

2. Aisle and window seat armrests can also be raised.

Many people get irritated that the aisle and window seat armrests are fixed in place. However, it's not quite so: to raise them, push the small button hidden near the base of the armrest. Still, be prepared for flight attendants to ask you to return them to their initial position.

1. These runway numbers are important.

Have you ever wondered about the huge numbers on the runways? Turns out they indicate how many degrees that runway is from magnetic north, rounded to the tens. In this way, the pilots know which grade to take.