Have you ever thought about how synchronized swimmers dance underwater: can they hear the music? Or why don’t hockey stars get tooth implants, even though they can afford them?

We at Bright Side found the answers to the most popular question about different kinds of sports and are ready to share them with you.

1. Do synchronized swimmers hear the music when they’re performing? 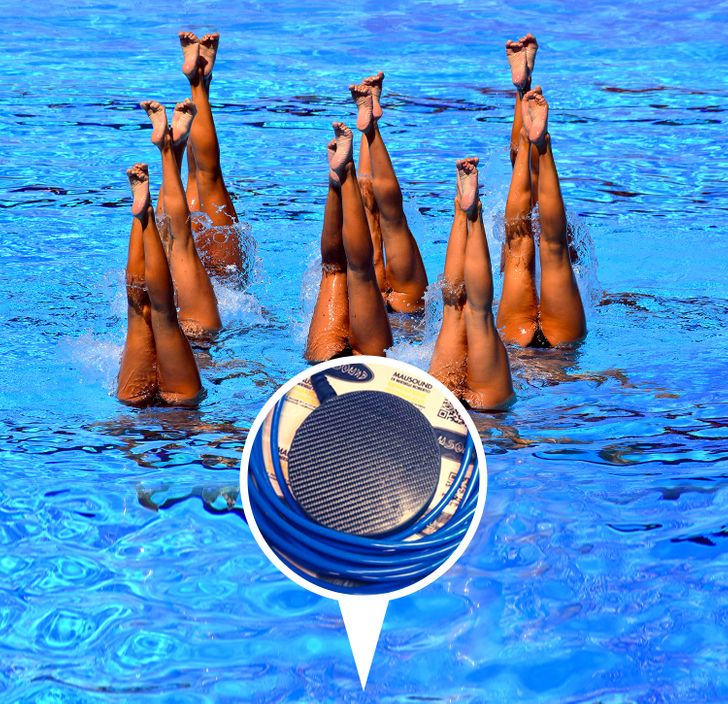 One of the main attributes of synchronized swimming is underwater speakers. Swimmers wouldn’t be able to perform underwater if they weren’t able to hear the tune. However, because of the difference in water and air resistance, there is a dissonance in the music when it is played underwater. This is why in these pools, special audio systems are used that can play the tune exactly as it should sound.

2. Why do tennis players grunt during the game? 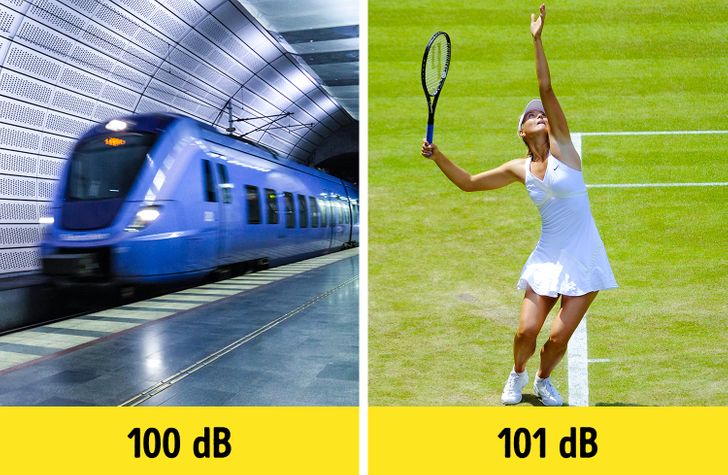 If you have seen professional tennis players on the court, you have definitely heard the grunting they do when they hit the balls. This happens because they hit the balls during their exhale. The harder they hit, the louder the exhale and sometimes it sounds as if they are screaming. By the way, Maria Sharapova is the loudest tennis player in the world: she plays at a volume of 101 dB. For perspective: an underground train is only 100 dB.

3. Why do hockey players not get tooth implants? 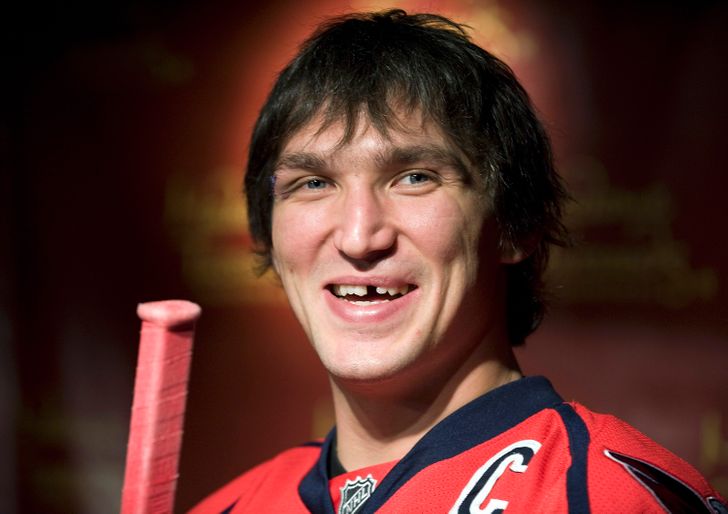 The equipment of hockey players includes a mouth guard — a plastic cover placed on the teeth to protect them. According to athletes, even if they wear the guard, it doesn’t necessarily mean that by the end of the match, their smiles will be exactly as they were before. A famous incident happened in 2010 when Chicago hockey player, Duncan Keith, lost 7 teeth at once after he was hit with a puck. And these incidents happen quite often. Before the end of their careers, few players decide to get implants: if their jaws are injured, it will be much harder to fix the damage if they have implants.

4. Are table tennis and ping-pong the same thing? 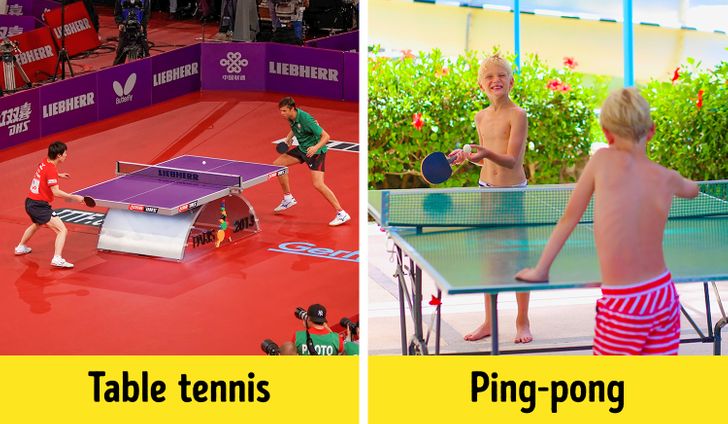 “Ping-pong is a game you play in your basement. Table tennis is a sport.” At least, that’s how David Zhuang, a table tennis champion from New Brunsick, sees it. For a long time, both of these names were used for the same game. But now, table tennis is an Olympic kind of sport, with its own strict rules that ping-pong players often neglect (for example, the rigidity of the racket surface).

5. Why do soccer fields have stripes on them? 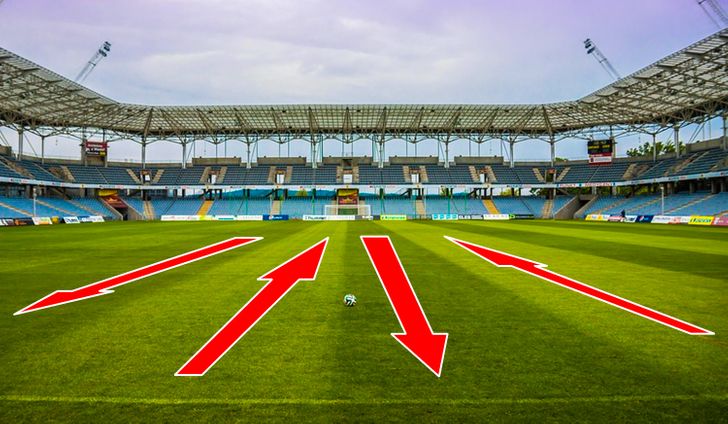 Soccer field lawn mowing requires you to have knowledge and skills because every few feet, the grass should be different in terms of color: darker and lighter. This effect is achieved thanks to the cutting of the lawn in different directions. And it is necessary for the referees to locate the players on the field and call an offsides.

6. Can you become a professional athlete by watching videos on YouTube? 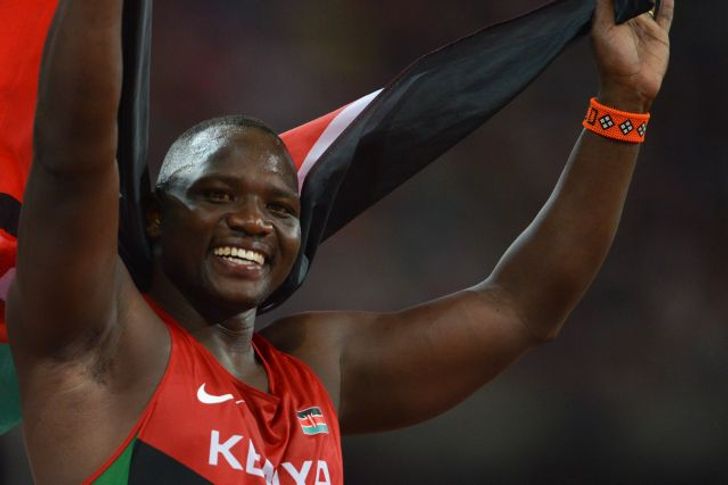 It is difficult, but still possible. There is only one case in history where an athlete didn’t have a coach and still became a professional, and even won the world championship and got a silver medal in the Olympic games. The name of this hero is Julius Yego. During the first several years, he learned to throw a spear just by watching YouTube videos. And it was only once he won the African games, that he started to look for a mentor.

7. Why do soccer players shave their legs? 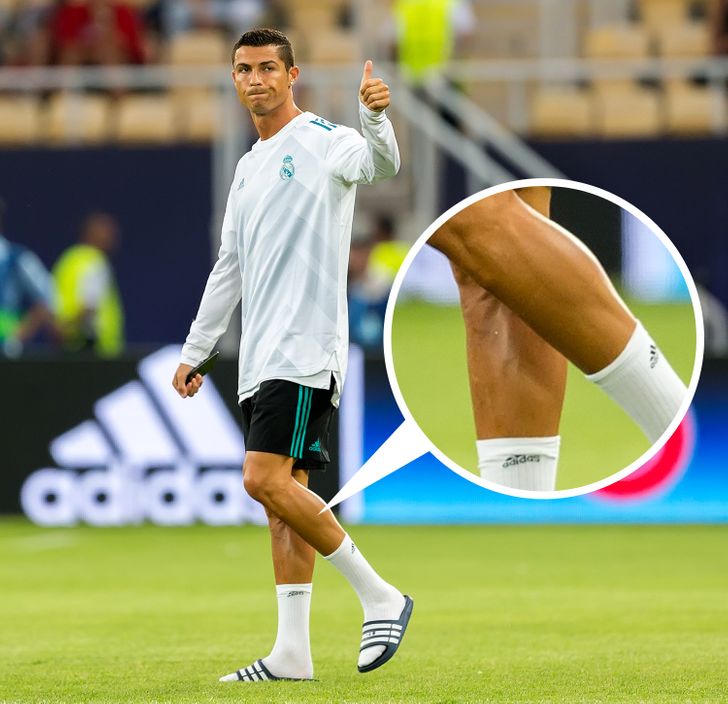 According to soccer player Matthew Sheldon, he and his colleagues shave their legs because it is comfortable. Athletes have leg massages several times a week and the oils and gels that are used during these procedures can pull the hairs. Besides, players often have to use Band-Aids, so shaving their legs makes this easier too. In the end, it is just more attractive, according to Sheldon.

8. How much does an Olympic medal cost? 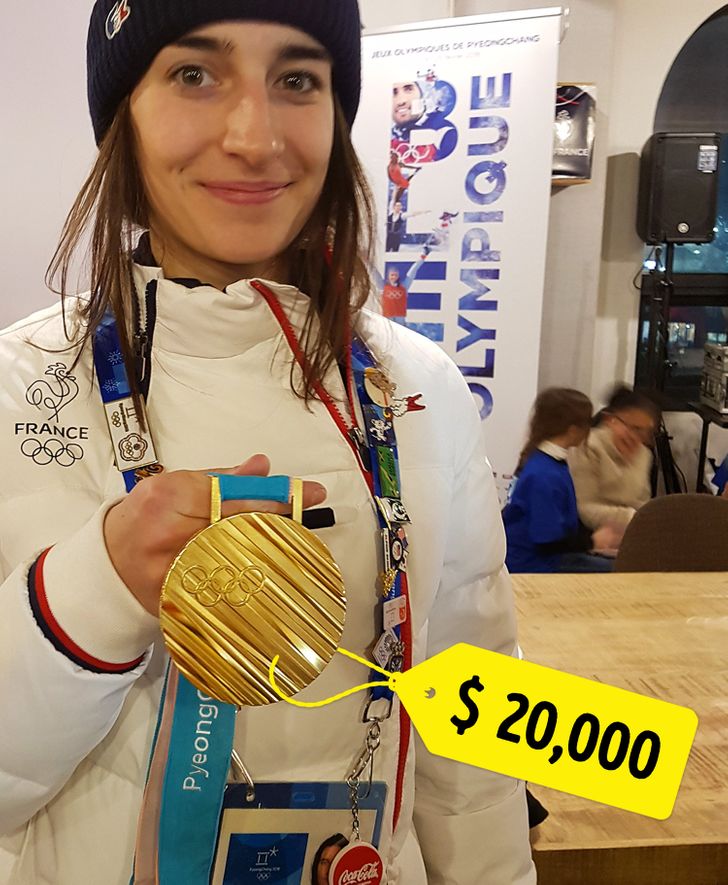 For every Olympic games, a unique design for the medals is created. It is supposed to show the culture and the symbols of the host country. So, the weight of the medals may vary. Besides, since the 1912 Stockholm Olympics, the medals are not made from pure metals, but are only covered with them. For example, in Pyeongchang, the gold medal was covered with approximately 6 grams of gold. So, it is pointless to melt these prizes and sell the metal. However, these trophies can cost from $20 to $50 thousand in auctions.

9. Are there professional racers that don’t have a driver’s license? 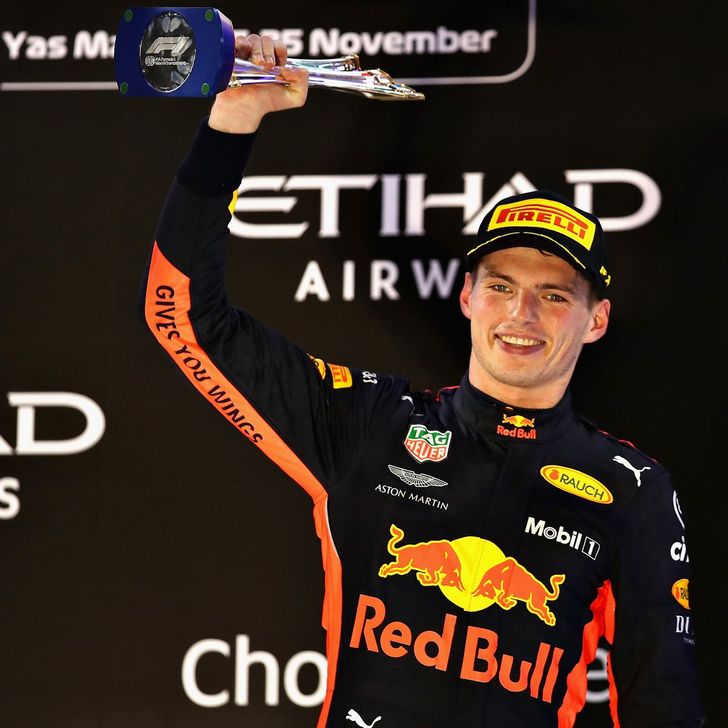 Dutch car racer, Max Verstappen got his driver’s license only after he became the youngest racer to have ever taken part in Formula-1 competitions. He had been driving for 6 months before the government officially allowed him to drive a car. In 2016, the organizers of the races adopted a rule which prohibits people who don’t have their driver’s license from taking part in competitions.

10. Why do most pool tables have green cloth on them? 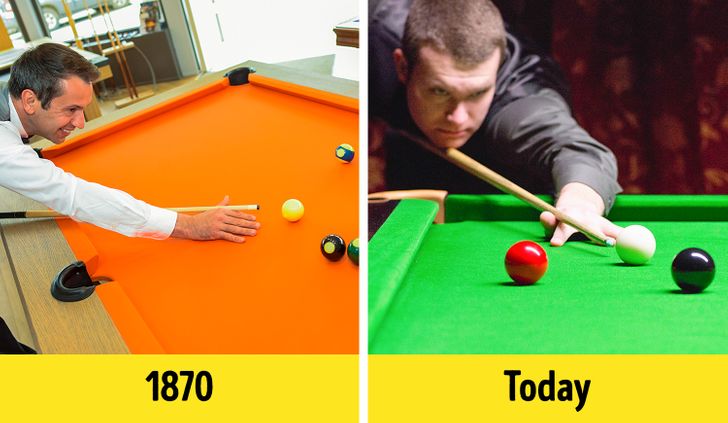 It is believed that pool originated from croquet, this is why most tables are covered with green cloth — just like the grass. There was a different version before 1871, where the cloth was mostly orange. But when there was not enough light, it was hard to see the exact motion of the balls on the table. It often used to lead to arguments among players. The green cloth solved this problem: red and white balls are clearly visible against this background.

11. Why do athletes always run around the stadium counterclockwise? 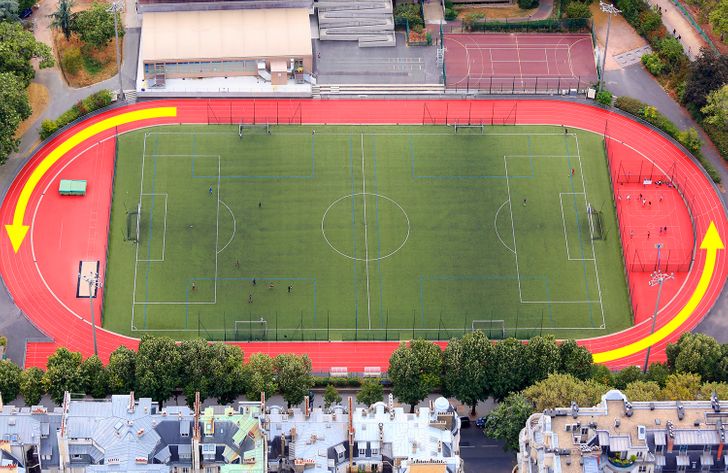 There are several different opinions about this. Some people believe that the tradition came from Ancient Rome and, in the past, people chose the direction of running based on the infrastructure conditions. Others think that most athletes have stronger right legs and when running counterclockwise, they will do most of the work. This is why army commanders preferred, if it was possible, to circle their enemies counterclockwise.

12. Why are tennis balls neon yellow? 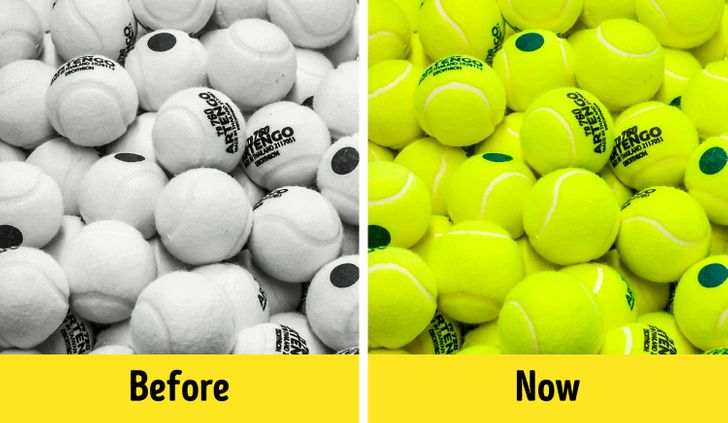 In the beginning, tennis balls were black and white, depending on the surface of the court. But when the colorized television appeared, the rules had to be changed and the balls have been neon yellow ever since then. The thing is, black or white balls were too hard for viewers to see and something neon yellow is very easy to see.

13. Why do bodybuilders have large veins? 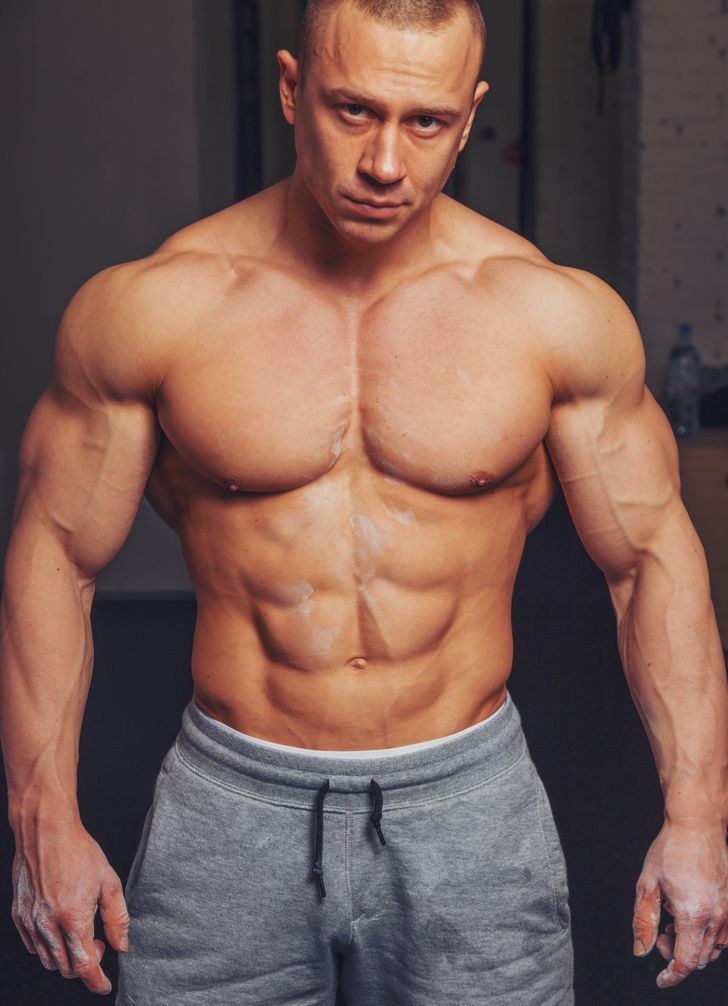 14. Why do golf balls have dimples? 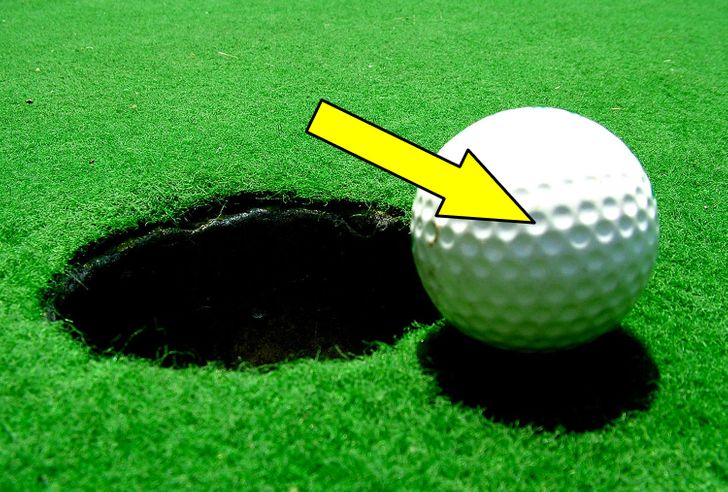 The dimples on golf balls influence its speed and trajectory. It is a fact: without the dimples, balls only fly 50% of the distance they fly with the dimples. But accuracy is key here: even the smallest differences from the standard size (the dimples are about 0.010 in deep) will change its characteristics. By the way, most golf balls have from 300 to 500 dimples.

Have you ever had questions that you’ve always wanted to ask but couldn’t? Maybe, we should look for the answers together?