The world is full of miracles. But we usually don't even think about the incredible things that surround us. Sometimes we hear about them, but we don't even know what they look like.

Bright Side decided to reveal some previously hidden things.

This book, also known as the 42-line Bible, symbolizes the beginning of book printing in Europe. Johannes Gutenberg released the first edition in the early 1450s.

Historians claim that there were 185 copies of the Bible in total: 150 on paper and 35 on parchment. Today there are only 48 copies, and most of them are incomplete.

Alcatraz is the most famous prison in the world. In world culture, literature, and history, this place was a prison that no one could break out of. It's located on Alcatraz Island in San Francisco Bay. Tourists now have a chance to visit this island and the former prison.

It may seem that it's just a simple building from the last century, but let's have a closer look!

You'll be surprised because that's how a 35 oz (1 liter) plastic bottle looks before heating and inflation.

In fact, the masterpiece isn't as majestic as it's usually depicted on TV. The Louvre's original is pretty small: its height is 30 inches, and the width is 21 inches.

This machine can easily replace a group of workers. With only one move, it lays out a wide brick road.

18. Sunrise and sunset at the same time

Many people would love to see a solar eclipse. But what about a simultaneous sunset and sunrise? There are even fewer people who have managed to see such an incredible phenomenon.

What do we know about this part of the body? Only that it can be inflamed and removed by surgeons. The appendix is a wormlike tube extending from the cecum of the large intestine. Its length is 3-5 inches, and its diameter is 6-8 mm. If the appendix becomes inflamed, it gets swollen and blood-red in color.

Let's have a closer look at the shed snake's skin. It's a real masterpiece, isn't it?

According to Roman mythology, the Penates are the household deities. People used to return to their Penates after a war or hunting. As a rule, each family had 2 Penates, whose images decorated a fireside.

Each pixel differs in color in this picture.

12. The United States–Mexico border through the Algodones Dunes

The barrier between the USA and Mexico consists of high and narrow components that can go up and down along with constantly changing dunes.

Look at this beauty! It's lucky to have such curls!

10. The Hang Nga Guesthouse, or The Crazy House

This is a guesthouse in Dalat, Vietnam. It resembles a huge tree decorated with mushrooms, animal skins, caves, and a giant cobweb.

9. A graveyard for unsold cars

Millions of cars are destined not to meet their owners because new models come all the time, and people refuse to buy their expensive predecessors.

A tourist managed to take a photo of lightning that hit their cell phone.

The crowned eagle is one of the most dangerous eagles in the world. 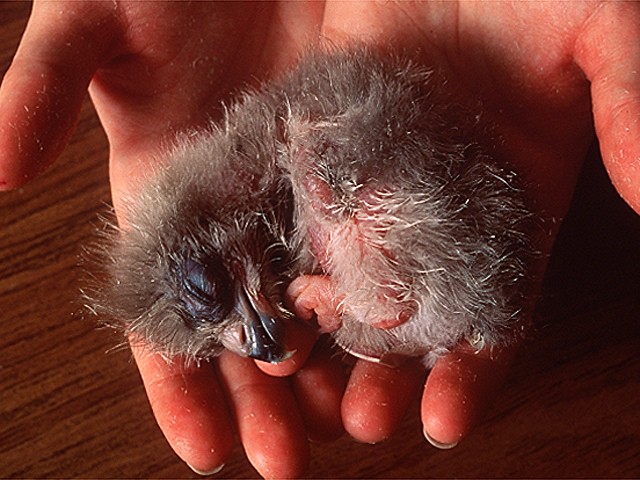 This is what an eagle nestling looks like. It's just hatched and has nothing in common with a strong predator. But all in good time!

5. The most expensive metal in the world

Vantablack is the blackest material in the world. It absorbs 99% of light and makes 3D objects look like 2D ones.

3. Rubber tire remains on the asphalt

These are the tire remains taken from the asphalt after a drag racing event.

It's so far from everything that the nearest humans are often astronauts.

1. Deep Blue, the computer that beat a human at chess

In 1997, this chess-playing computer defeated chess world champion, Garry Kasparov. This event caused a lot of worries: people were afraid that robots would conquer the world and enslave people. But if you have a look at Deep Blue... Can it really be dangerous?

1
0
7
0
236k
© 2014–2020 TheSoul Publishing. All rights reserved. All materials on this site are copyrighted and may not be used unless authorized by the Bright Side.