25 Zany Facts That Can Open Your Eyes to the World

There is so much to know about the world, and sometimes when you stumble across some amusing facts you cannot help but gasp in wonder. Some things blow your mind, some information makes you want to try it yourself immediately, and other things simply prompt you to find more trivia. If you are one curious cat, you are in for a treat because this article is full of random facts that you were probably never aware of.

Bright Side presents you with some facts about the world that can make you sound knowledgeable in conversations with others.

It isn’t that the pineapple itself becomes sweeter, but it’s the way we process flavors. Common table salt can reduce the bitter taste of foods, so when added to pineapple, it reduces the bitterness of pineapple. When there’s no bitter signal going through to the brain, this means that it cannot suppress the sweet flavor. Hence the magical sweetness!

2. Humans do not sneeze while sleeping.

During sleep, the brain shuts down the reflex to sneeze. If there are enough outside factors such as dust, feathers, or animal fur triggering the need to sneeze, you will wake up to do so.

3. Popsicles were invented by accident, by an 11-year-old.

Frank Epperson from San Francisco mixed some sugary soda powder with water and left it out overnight. The mixture froze due to the cold night. Initially, he named his invention Epsicle, after his name, but later changed it to Popsicle at the suggestion of his kids.

We can often tell where someone is from if they have heavy accents but it seems that the same could probably be said about cows and birds. Dairy farmers from Somerset noticed their cows had slightly different moos, depending on which herd they came from.

5. Toe wrestling is a competitive sport.

Although turned down as an Olympic sport because the Olympic Committee couldn’t decide if it was a winter or a summer sport, toe wrestling is an annual championship held in London.

6. The likelihood of winning the lottery is lower than dying from a meteorite impact.

Your chance of winning a lottery is about 1 in 195 million, whereas your likelihood of dying from meteorite, asteroid, or comet impact is 1 in 1,600,000 and 1 in 75,000 for dying in a global asteroid or comet impact.

7. Ice at fast food restaurants may be dirtier than toilet water.

8. Hershey’s Kisses are named “kisses” because the nozzle makes a kissing sound as it makes the chocolate.

9. There are more possible iterations of a game of chess than there are atoms in the known universe.

Possible iterations of a game of chess is called the Shannon Number and is estimated to be between 10^111 and 10^123. By comparison, there are 10^81 atoms that make up the known universe.

10. A small percentage of the static you see on “dead” tv stations is left over radiation from the Big Bang.

The static you see on the screen when you turn your television to the “in between” channel is the afterglow of the big bang. The same is true for FM radio stations where the frequency between stations gives you a hiss, called “white noise.” Part of this is leftover radiation from the Big Bang some 13.7 billion years ago.

“The colors come from the fact that the very fine dust is just the right size so that blue light penetrates the atmosphere slightly more efficiently,” said Mark Lemmon, a science team member of NASA’s Curiosity Mars rover mission. “When the blue light scatters off the dust, it stays closer to the direction of the sun than the light of other colors does.”

13. A group of ravens is called “unkindness” or “conspiracy.” 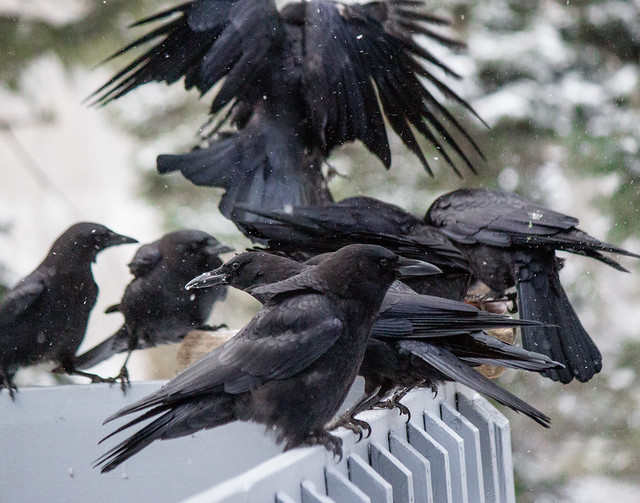 Just as a group of crows is called a “murder,” the terms used to describe a group of ravens are also unfavorable. No wonder Disney likes to use these birds as companions to their villains.

14. Today there is only one gas station shaped like a shell.

One of 8 originally built in the late 1930s by the Quality Oil Company, a Winston-based marketer of Shell Oil, the last shell-shaped gas station is in North Carolina.

15. Corn cobs were a popular “toilet paper” for Americans back in the day.

Before toilet paper was introduced in America, corn cobs were popular wiping items because the cobs were readily available, soft, and flexible. Of course, they were only used once the corn had already been removed.

Betty White, America’s sweetheart, was born in 1922. That is 6 years before the Chillicothe Baking Company sold the very first loaf of sliced bread on July 7, 1928.

While our DNA being 96% identical to the chimpanzee might not be a surprise, the fact that our DNA is about 60% identical to a fruit fly, as well as a chicken and a banana, is astounding.

18. It took the creator of the Rubik’s Cube, Erno Rubik, more than one month to solve the cube after he created it.

The architecture professor wanted to create a teaching tool and was successful when he created the Rubik’s cube. As of June 2018 the world record is 4.22 seconds, but it took the creator himself more than a month to solve it back then. So don’t feel bad if it takes time for you to solve the Rubik’s cube!

Twins Katie and Amy Jones-Elliot are twins that were born 87 days apart. In 2012, their mother, Maria, went into labor 4 months early and gave birth to Amy, but Katie was able to stay in her womb for 3 more months.

20. The world’s largest waterfall is underwater

At the Denmark Strait, the cold water from the Nordic Sea is denser than the Irminger Sea’s warm water, making it drop almost 2 miles down at 123 million cubic feet per second.

21. There were real people with blue skin living in Kentucky.

© Guardians of the Galaxy / Marvel Studios

It appears that blue skin is not limited to Avatars and characters from superhero movies. The Fugates of Troublesome Creek are thought to have gained their blue skin through combination of inbreeding and a rare genetic condition known as methemoglobinemia.

22. The Guinness Book of Records holds the record for being the book most often stolen from public libraries.

23. Burping is impossible in space.

Air is lighter than solids and liquids, which is why it rises in your stomach and you can easily burp up gas on Earth. The lack of gravity in space means the air in astronauts’ stomachs doesn’t separate from ingested food, so burping would essentially result in puking instead.

24. One recycled tin can could save enough energy to power a television for 3 hours. 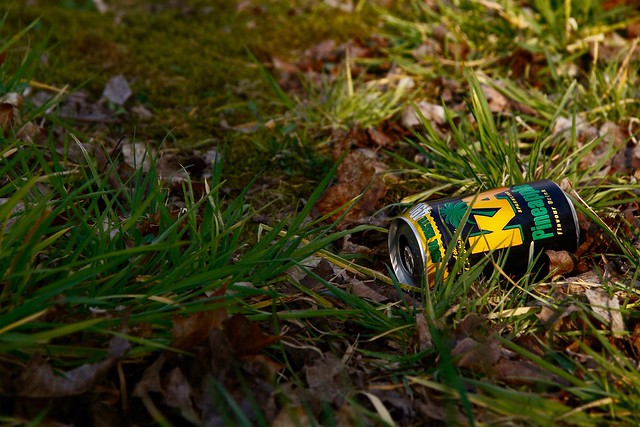 Some lipstick does contain “pearl essence” or “pearlescence,” a silvery substance found in fish scales. Primarily sourced from herring, it can be found in many lipsticks, nail polishes, and other cosmetic products. But most cosmetics now contain a synthetic version of pearl essence.

Which of these tidbits make you curious enough to want to test or check whether or not they are true? What other amusing facts could you add to this list?

23
0
66
8
14k
© 2014–2020 TheSoul Publishing. All rights reserved. All materials on this site are copyrighted and may not be used unless authorized by the Bright Side.