© 2014–2022 TheSoul Publishing.
All rights reserved. All materials on this site are copyrighted and may not be used unless authorized by the Bright Side.
2-1-

14 Things for a Paradise Picnic From Amazon

14 Amazon Gift Ideas That Are Eco-Friendly

15 Times Expecting Mothers Showed a Funny Side of Being Pregnant

9 Celebrity Couples Who Had a First Date to Remember 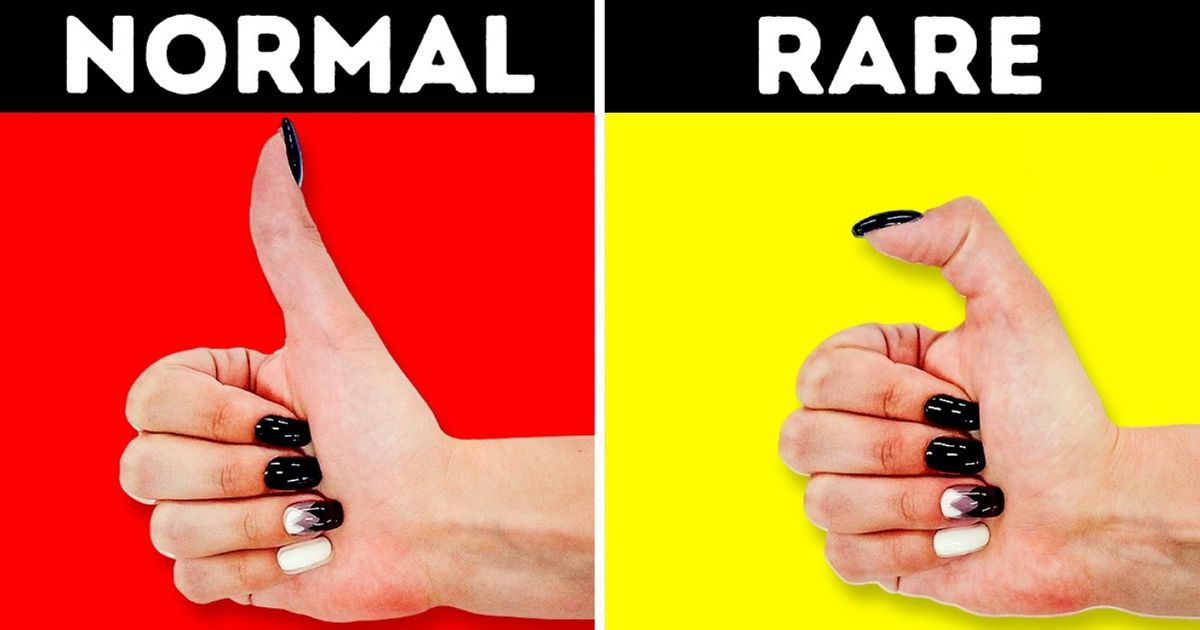 8 Vital Body Parts You Know Nothing About

The human body is a whole universe with its own laws and mysteries, many of which we have yet to unravel.

That's why we at Bright Side decided to tell you about 8 vital parts of our body to which we often pay no attention.

If you stretch your thumb a bit, you'll see a small triangular pit at its base. This is what medics call an anatomic snuffbox: in the past, people used it to snuff tobacco.

This is also the place where you can always feel the radial artery beating even if the pulse is weak - the artery here is only protected by the skin and connective tissue.

We all know where it is, but we rarely give a second thought to the fact that this body part has been given one of the most crucial functions in our body.

Because of the peculiar shape of the big toe, we can infinitely balance in a standing position, which is one of the main differences between humans and other mammals.

We bet you didn't even think the small patch of skin between your eyebrows had its own name.

And yet it does: glabella. It's an important part of your body that helps you easily check your reflexes anytime. Tap your finger a few times between your eyebrows. If your reflexes are fine, you'll feel a slight tension in your eyes and want to blink.

Frenum of the tongue

This little fold beneath your tongue has an important function: it fixates the tongue in the mouth and makes it less flexible.

This ability prevents glossoptosis - spontaneous swallowing of the tongue. It's especially vital for newborn babies who aren't yet able to control their body.

A peculiar fact: the names of these little bumps in our ears come from the Latin word tragos - "a goat."

Many of us had a routine surgical operation in our childhood to remove our tonsils. This creates the illusion that they are something like the appendix: a rudimentary and unnecessary organ. But that's not true.

The tonsils are the first barrier protecting us from bacteria and viruses by secreting lymphocytes. When they inflame and get removed, the body still has other protective mechanisms, but it's safer with the tonsils.

Anyone who's had a manicure at least once in their life knows the word "cuticle." It's a hard skin patch on the border of the nail and the finger. People often cut their cuticles to make their hands perfect, but they risk a lot.

The cuticles really have an important function: they protect our hands from harmful bacteria that are especially abundant in big cities. If bacteria get into your body through a tiny wound made by cutting the cuticle, washing your hands won't help anymore.

Most specialists agree that the philtrum developed in humans in prehistoric times and played the role of smell amplifier. Today we don't need such a good sense of smell, but the philtrum is still there to remind us of our roots.

In addition, doctors can determine the state of health of an unborn baby by the shape of this body part. Sometimes a wrongly shaped philtrum tells of autism or other conditions.