© 2014–2022 TheSoul Publishing.
All rights reserved. All materials on this site are copyrighted and may not be used unless authorized by the Bright Side.
20-12-

My Parents Make Me Babysit My Younger Siblings, but I Have Other Plans 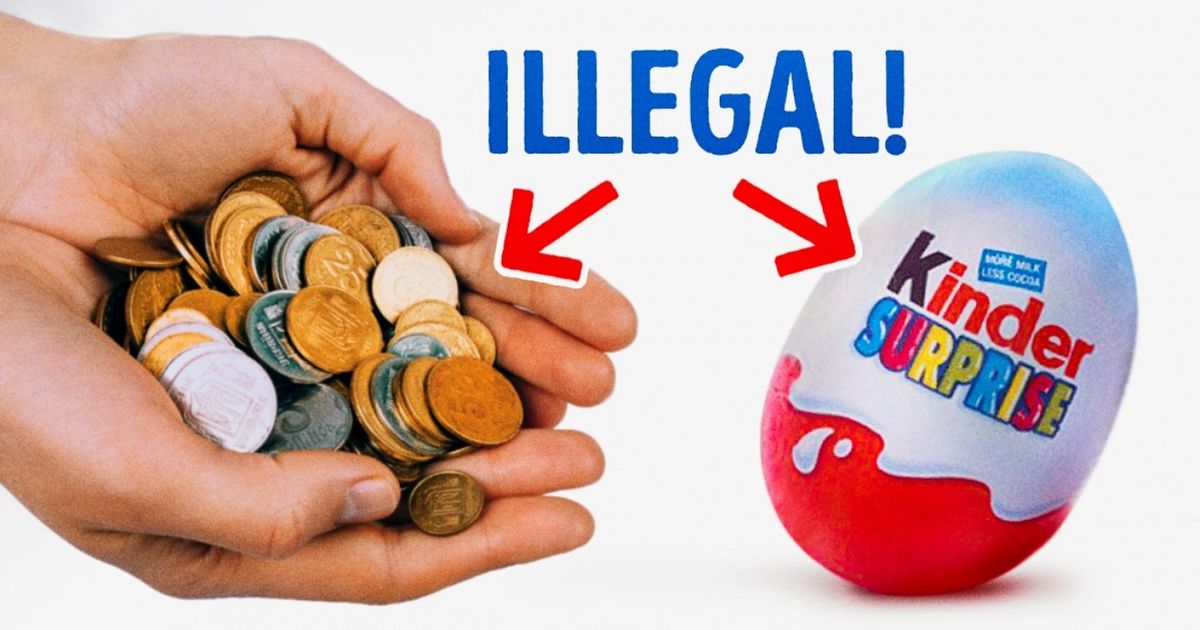 We all assume that we're pretty well educated about the laws of our countries. However, in amongst the seemingly logical rules that give our society its structure, there are some which are slightly mind-boggling. Here are some of the more unusual illegal things that blew our minds here at Bright Side!

1. Gambling in a library

Doesn’t sound like something that happens on a regular basis, does it? But in 1898, UK law was forced to bring in the "Library Offenses Act" banning people from (amongst other things) gambling within a library, on pain of a 40-shilling charge.

2. Wearing armor inside the Houses of Parliament

Implemented during the reign of King Edward II, this law was to stop nobles from using threats of violence (and their intimidating looks) to force through their own agendas in Parliament.

...at least, as long as it's within a 3-mile radius of the British shore. All whales, dolphins, sturgeons, and porpoises within that radius belong to the Queen.

It is technically still illegal to move beer and spirits between provinces. This is a throwback to the days of the American prohibition, but it is obviously routinely flouted, particularly by college students!

5. Using too many coins

We've all been there: trying desperately to offload our change onto some poor shop assistant. But technically in Canadian law, there are legal restrictions on how much you can pay for in just change - if you're paying in nickels, for example, the limit is five dollars.

This Canadian law wasn't overturned until March 2010 - meaning all non-dark soft drinks up until then had basically just been sugar and water. To this day, however, there are restrictions on how much caffeine can go into Canadian soft drinks.

Neither of which sound real, right? But in 1989, Florida made it illegal for bars to allow or participate in any dwarf-tossing contests, and Minnesota has strictly outlawed games involved the catching and oiling of a pig.

This one seems logical, yes? Cannibalism = generally frowned upon in most societies. However, Idaho, where this law exists, is the ONLY state to have actually outlawed it as a practice. Although it does allow exceptions if cannibalism is the only means of survival.

Little chocolate eggs with a surprise toy inside...what could there be to outlaw? Well, in the US, candies with embedded toys have been banned since 1938, due to concerns about choking hazards. Kinder Surprise is available, however, in the UK and across Europe.

Preview photo credit Independent, Depositphotos
Based on materials from 9 Things You Don't Know Are (still) Illegal!
8-304
Share This Article