A loving mother would do anything for her children, and Mary Ann Webster (Bevan after marriage) isn’t an exception to this rule: she wasn’t afraid to become an object of ridicule or show her unusual appearance. She had a goal — to feed her children by doing whatever it took. Mary had to overcome cruelty, mocking, and insults from people who wanted to see “the ugliest woman in the world.”

Bright Side was so impressed by this bold woman who became a kind of a hero of her time. 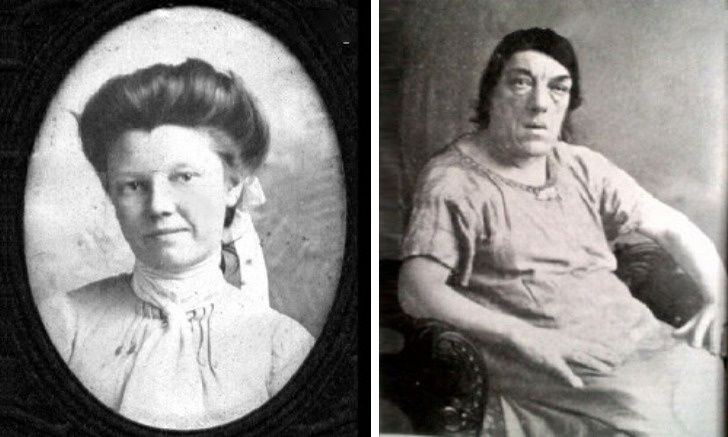 Mary’s life was pretty ordinary. She was born in London to a large and rather poor family. She had to start working very early and was a nurse in a hospital. Mary was a very attractive lady who dreamed about having a big family herself. Her dream came true: at the age of 29, she got married to Thomas Bevan and gave birth to 4 children.

Later, Mary started experiencing health problems: she suffered from migraines and muscle and joint pain. Doctors couldn’t understand what was going on. But she barely had time to focus on her health since her family needed her.

The disease reveals itself.

Mary started suffering from another symptom: abnormal facial growth and distortion, which led to her “homely” appearance. The young Mrs. Bevan turned into a creature who only slightly resembled a woman.

This disease is called acromegaly, a neuroendocrine disorder that results in an excess amount of growth hormones in the body, which leads to bone, internal organ, and soft tissue enlargement. The disease is often accompanied by headaches and muscle pain. In most cases, acromegaly occurs due to a benign tumor, known as a pituitary adenoma.

Today, doctors can cure this disease successfully, but at the beginning of the 20th century, Mary was in a desperate situation. Each day, she saw her beauty fade away.

An unpleasant title and a check 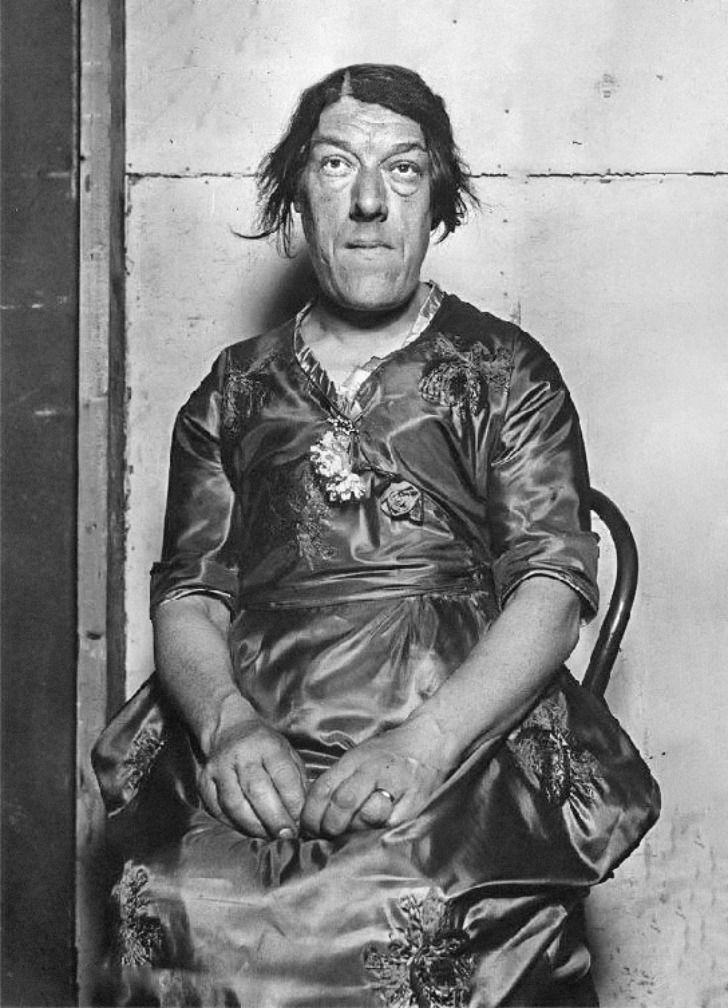 Mr. Bevan always supported his wife and stood by her side, but his destiny had its own plans. After 11 years of marriage, he died, and Mary became a widow with children and almost no money.

After her husband’s death, Mary accepted any job she could get to try to feed and care for her children. However, she wasn’t offered a good job because of her appearance and people in the streets used to insult her and make fun of her. So, each work day was a challenge.

Things were getting worse and worse until Mary found out that there was something called The World’s Ugliest Woman contest. So she decided to take part in it since the prize was a really big sum of money. She managed to win the contest, but the mass media started writing unpleasant articles about her, and it was really hard for her to read them.

But Mary turned her situation into a stable income. By the way, this contest is still popular in England, but they put the emphasis on frowning now. 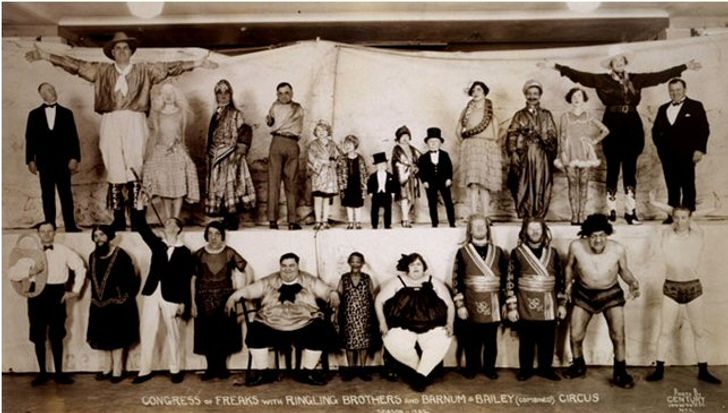 In 1920, she was invited to work in the US and appear in Coney Island’s Dreamland show. She took part in these performances where she had to demonstrate her appearance by wearing certain clothing items that highlighted her unattractiveness and masculinity.

There were other people with unusual features in these shows too: a bearded woman, dwarfs, giants, and Siamese twins — they all were freaks who had to make people laugh or feel like they had seen something unusual.

The audience really liked these cruel shows and Mary was one of the most popular actresses in her group. We only can assume how difficult it was for her to be an object of ridicule. But she overcame all of her challenges for the sake of her children. 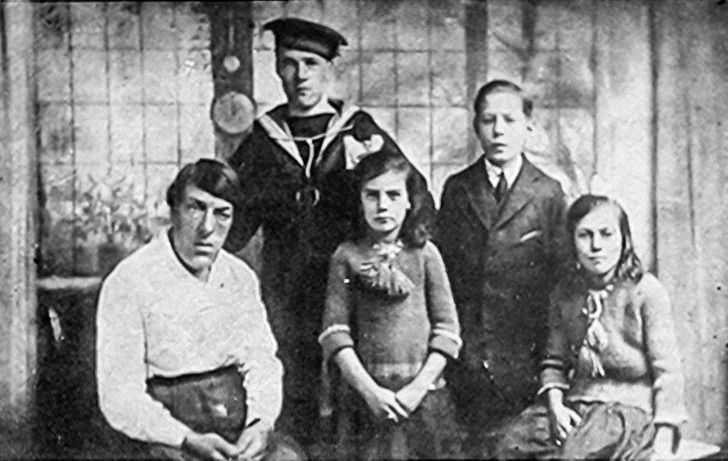 In this picture, you can see Mary with her children: her oldest son is wearing a sailor suit, her younger son is in a 3-piece suit, and her daughters are wearing nice dresses. At that time, studio photoshoots weren’t very common, and perhaps this fact indicates that Mary was a more loving and caring mother, than a freak show artist.

She spent most of the remainder of her life in a circus. She had a chance to return to Europe only once, in 1925, when she visited Paris where she took part in an exhibition.

Unfortunately, most people who suffer from acromegaly don’t live very long. Mary died in 1933, at the age of 59. Before she died, she asked her children to bury her in England. This difficult destiny of a loving mother proves that anyone who’s brave enough can nail it.

Of course, we may say she that didn’t have a choice and that it was her only chance, but she wasn’t afraid to use this chance and she turned her disease into a source of income. We don’t know what would happen if she wasn’t sick. We probably wouldn’t know anything about her.

Do you find Mary’s story impressive?