© 2014–2022 TheSoul Publishing.
All rights reserved. All materials on this site are copyrighted and may not be used unless authorized by the Bright Side.
1-1-

Kelly Osbourne Didn’t Know If She’d Ever Be a Mom, but Is Now Expecting Her First Child With Sidney Wilson

15 Times Celebs Had Crushes on Other Stars but Cupid Said, “Not Today!”

7 Ways to Prevent Your Neck From Betraying Your Age 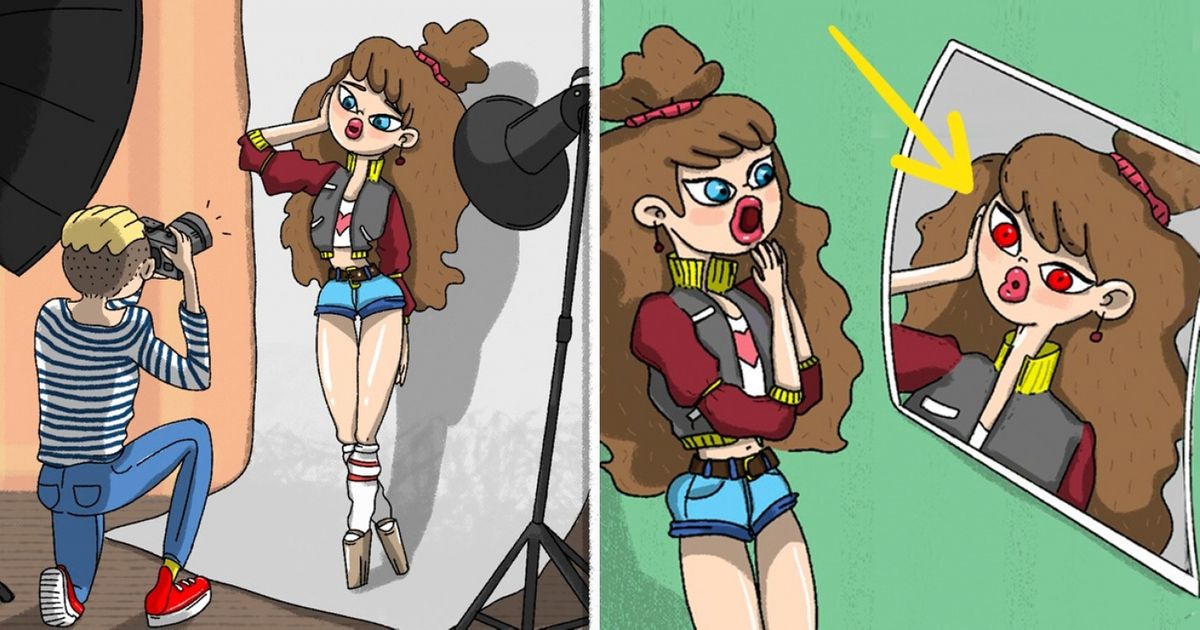 Here is the reason why you have red eyes in photographs

Although technology has simplified the art of taking pictures, the effect of red eyes still ruins our beautiful shots time after time. We at Bright Side decided to investigate what causes this curious effect.

In low ambient light, pupils enlarge to allow more light to enter the eye. When light from the flash enters your eyes, the pupils do not have enough time to constrict. Therefore, the amount of light entering your eyes reflects off the red blood vessels of the choroid, a layer of connective tissue at the back of the eye. When the flash of a camera lights up the blood-rich retina, it results in the red-eye effect.

The reason you have red eye is probably that you stare directly at the lens of the camera. You can eliminate the red-eye effect by simply looking at a nearby lightbulb just before taking the photo.

To reduce red-eye effect, most modern cameras send pre-flashes before the final flash, giving your pupils enough time to constrict and adapt.

Reflection intensity varies from one person to another, depending on the size of the pupils and the age and eye color of an individual. People with light skin and blue or green eyes tend to have less melanin and may get red eyes in photos more often.

The glowing-eye effect appears in the eyes of nocturnal animals that have a tissue layer called Tapetum Lucidum. This tissue layer helps animals see better in the dark by acting as a retroreflector, taking reflected light and reflecting it directly back along the original path.