No one knows the real name of this beautiful girl or what she was doing in Paris. Her body was taken out of the dark waters of the River Seine at the end of the 19th century, and that was just the beginning of her incredible story. It may sound unbelievable, but the unknown girl from the Seine ended up having the most kissed lips ever, became part of medical history, and helped save thousands of lives, centuries after her own death.

We got goosebumps here at Bright Side when we learned this amazing story, and we wonder if you’ll feel the same way after hearing it.

No one recognized her body but she mesmerized people with her beauty.

At the end of the 1880s, the Paris police found the body of an unknown girl who drowned in the Seine. As was usual back in those days, the body of the girl was displayed at the mortuary so that people could see if they recognized her, but no one claimed her body.

The girl’s beautiful face, with its enigmatic smile, was so captivating that it inspired the pathologist from the mortuary to take a plaster mask of her face. Thanks to this cast we can now admire the image of the girl that got the name, L’Inconnue de la Seine (the unknown woman of Seine), or simply, Inconnue.

She became a muse for artists and poets and earned another name, The Drowned Mona Lisa. 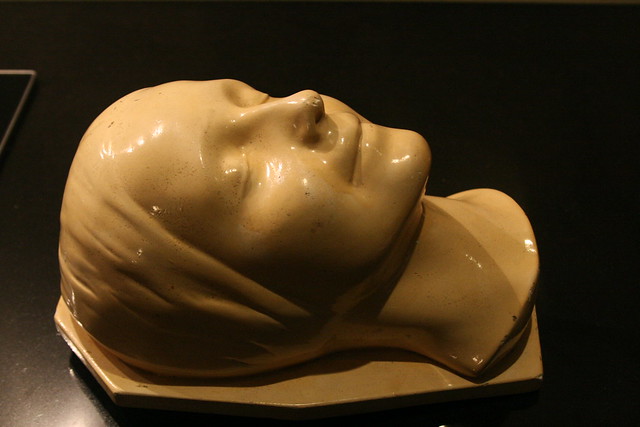 Together with her mesmerizing beauty, the mystery around this girl inspired artists to recreate her image over and over again and based all sorts of romantic stories around her personality. Philosopher Albert Camus saw Mona Lisa behind her peaceful smile while others called her a modern Ophelia and tried to figure out why a young beautiful girl would drown in dark waters.

Her mask was mass sold in Paris as home decoration, her image was embodied by numerous painters and sculptors, and she became a heroine of many novels, poems, and short stories. The famous painter and sculptor Pablo Picasso, poet Rainer Maria Rilke, writer Vladimir Nabokov, and many other talented artists were spellbound by the charm and enigma of this mysterious lady.

At the end of the 1950s, L’Inconnue gave her face to a CPR doll and started a new life as a medical training tool. 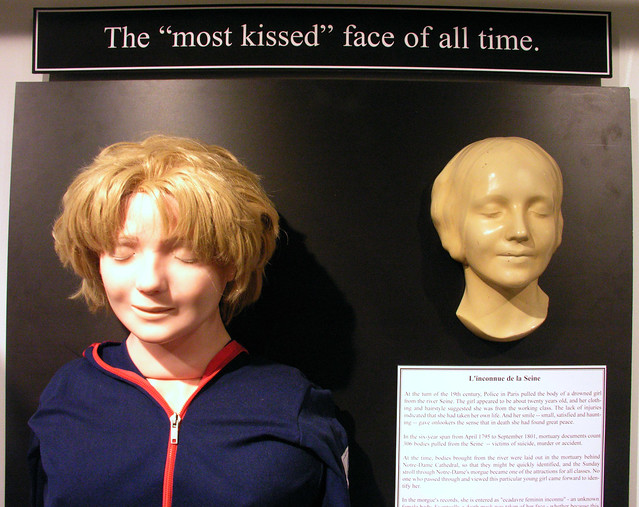 The story of Inconnue took a new turn thanks to Asmund Laerdal, a successful toy manufacturer from Norway. In 1955, Laerdal saved his son from drowning in a river by clearing his air passages just in time and performing CPR (cardiopulmonary resuscitation). When Laerdal was asked to make a mannequin for CPR training, which was a new technique back then, he remembered a mask he saw at his grandparents’ house. This was a mask of the unknown girl from the Seine.

Laerdal believed that the CPR doll needed to have a natural and pleasant appearance and should be a “woman” to look less threatening to trainees. Laerdal created a doll made of soft plastic with a collapsible chest and a peaceful, attractive female face he saw on the mask years prior. This is how L’Inconnue became Resusci Anne, also known as Rescue Anne or Resuscitation Annie.

The doll with the girl’s face has been used by more than 300 million people to train in CPR.

There are different types of CPR dolls now, but Resusci Anne remains one of the most popular. Since the 1960s, CPR mannequins helped train more than 300 million people perform resuscitation and the lives they’ve helped save are countless. We’ll probably never know who L’Inconnue de la Seine really was. However, she’ll keep smiling at us from paintings and sculptures and what’s more important, is people will keep giving her “kisses of life” while learning how to save people’s lives.

How do you feel about the story of L’Inconnue? Have you ever practiced CPR with a Resusci Anne doll?

13
0
16
4
10k
© 2014–2020 TheSoul Publishing. All rights reserved. All materials on this site are copyrighted and may not be used unless authorized by the Bright Side.