Cigarette butts — not plastic — are the biggest contaminant and the most littered item around the world. When they’re left in the grass and soil, they stop plants from growing, and when they’re left in the water, they poison the living organisms in it. A group of French teenagers decided it’s high time to take action and make their own impact to help the environment — with a #FillTheBottle challenge. Their contribution turned into an inspiring campaign that gathered people around the world to help save the planet. It’s simple and effective — just collect cigarette butts that you find and fill a bottle with them.

Bright Side is concerned about the environment and we want to raise awareness. This time we discovered an amazing challenge that everyone can participate in and be sure that their contribution won’t be left unnoticed. 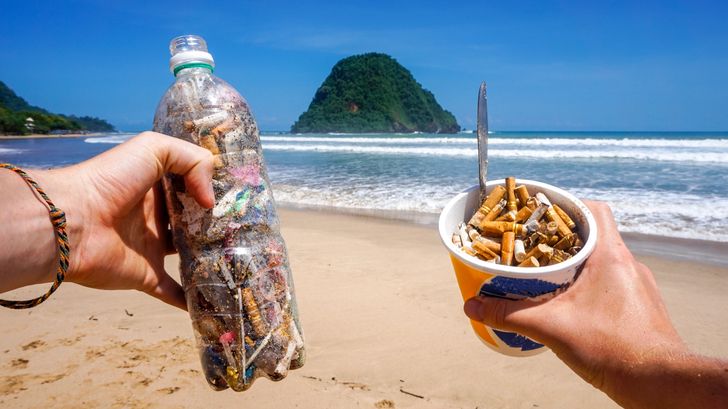 This challenge started at the end of July 2019 on Twitter. Jason Prince posted his first photo of a bottle full of collected cigarette butts. All of them were found on the street. This experience surprised him and his followers.

<p>20 minutes to fill this one-liter bottle within a radius of not even 50 meters. This is extremely serious.</p>
Jason Prince

This instantly went viral and attracted the attention of other internet users, not only from France but from around the world. And their response was quick. People were surprised by how many cigarette butts actually get thrown away and never get collected. Moreover, it doesn’t take much time to fill a whole bottle.

Some people even went further and decided that one small plastic bottle was not enough. Volunteers from Belgium tried to pick up as many cigarette butts as they could find. They managed to fill a vessel 10 times bigger than just a water bottle. Their result is impressive, but very scary and alarming at the same. 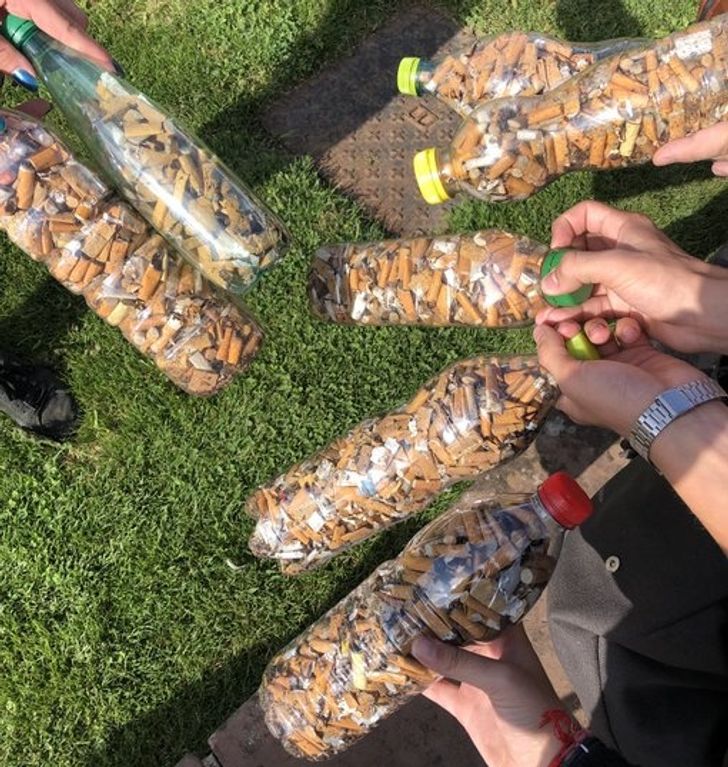 Every area should be carefully cleaned.

Beaches are also in danger, as people discard their cigarettes without a second thought. Many users decided that they should not be left unnoticed either. The most important thing to remember while participating in this challenge is to make sure that you don't throw away the bottle the same way the cigarette butts were tossed out. All of the collected litter should be taken and recycled.

Why are cigarette butts dangerous for the environment?

The core of a cigarette filter is made of cellulose acetate - a form of plastic. This compound is very slow to degrade in the environment. Moreover, used filters are filled with toxic substances. When thrown on the ground, these toxins can reach waterways and cause damage to living organisms that drink the polluted water.

It was found that one cigarette butt can spoil 7.5 liters of water just in one hour. This water is not drinkable and usually lethal to aquatic life. Also, butts might have bits of tobacco in them too, which are poisonous and also contaminate the environment. 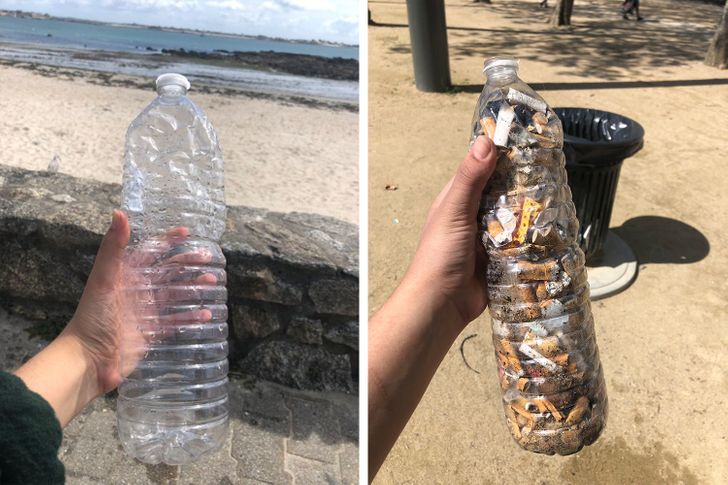 Are you environmentally conscious? Would you like to participate in this challenge? Maybe you already have and want to share some photos with us? Let's post them in the comments!