© 2014–2022 TheSoul Publishing.
All rights reserved. All materials on this site are copyrighted and may not be used unless authorized by the Bright Side.
83102 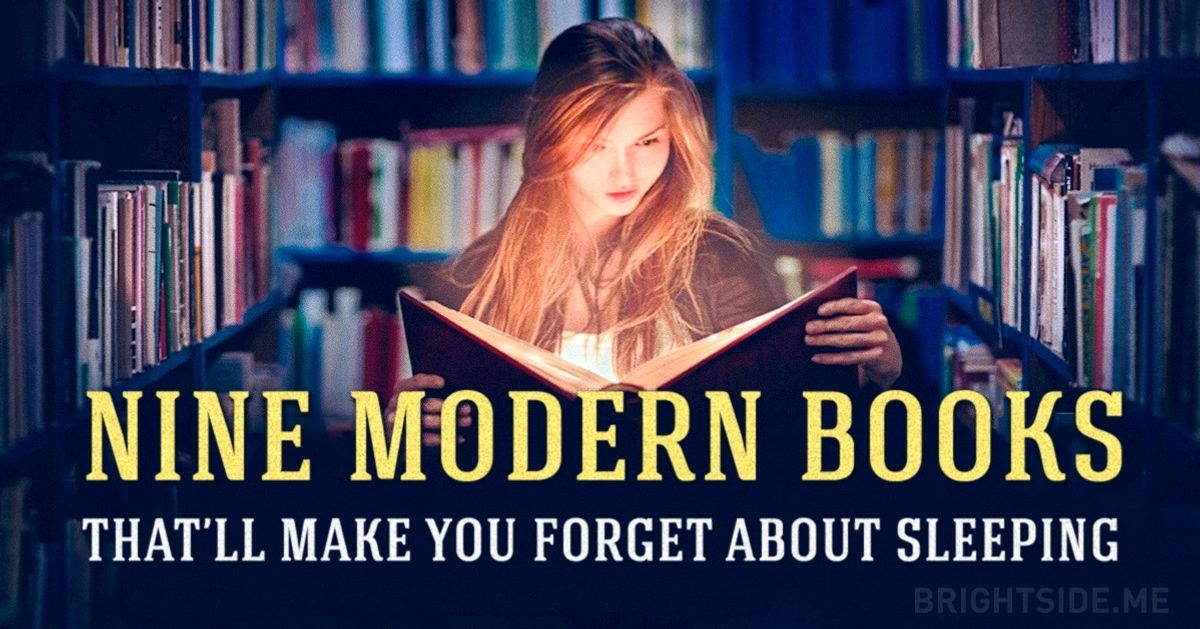 There are books which captivate us so much that we don’t even want to spend time sleeping and eating.

Bright Side publishes for you a list of such novels — they’re simply unputdownable!

’A Song of Ice and Fire: A Game of Thrones’

George R. R. Martin
This novel needs no introduction. All of us have watched the TV series of the same name, or we have at least heard something about it. The events of the book take place on the continent of Westeros, where the characters are involved in a struggle for the throne. Royal intrigues, conspiracies, and war haunt the reader throughout the novel.
Buy

Gillian Flynn
A married couple decides to celebrate their wedding anniversary, but suddenly one of the heroes of the occasion disappears. There are signs of a struggle and blood in the house. All the evidence points to the husband, but is he really guilty of his wife’s disappearance? The book makes us wonder how well we really know our soul mates.
Buy

Kazuo Ishiguro
A dystopian novel with such a realistic plot that it chills to the bone. The alternative Britain of the late 20th century. There’s a private boarding school where the children study and put on school plays. But over time the pupils learn that their fate is organ donation and that they were created in order to save the terminally ill.
Buy

Markus Zusak
January 1939, Germany. The tragic events in the country force a nine-year-old Liesel Meminger and her family to leave their home. On the road, her younger brother has to face an unwanted guest — death, which notices Liesel for the first time. The amazing story of a little girl who went through a lot, despite her young age.
Buy

Ian McEwan
A profound and lyrical novel about love and treachery, about art and the mistakes for which someone has to pay for — for the rest of their life. A teenage girl writes ’a chronicle of lost time,’ childishly rethinking the events of adulthood. The book was filmed, and the film was presented at the Venice Film Festival, winning 2 Golden Globe Awards.
Buy

’The Shadow of the Wind’

Carlos Ruiz Zafón
The novel takes place in 1945 in Barcelona, where the main character, a ten-year-old boy, finds a mysterious book that changes his life. For 20 years he tries to unravel the mysteries related to this book, meeting mysterious strangers on his way.
Buy

David Mitchell
This is a bright and exciting novel, whose plot develops from the middle of the 19th century to a distant post-apocalyptic future. There are 6 stories, and there’s a place for treachery and murder, love and devotion. Everyone will understand this book in his or her own way — it’s like a mosaic, and each of us can make it our own.
Buy

Neil Gaiman
One of the author’s most famous works. This is a novel about the gods, brought to America by different people all around the world — revered, then forgotten — and about the thing that leaves no man indifferent: the search for a father, a homeland, a beloved woman... and about death — symbolic and real.
Buy

Khaled Hosseini
A profound novel about the friendship and loyalty of two boys — Amir and Hassan. One of them belongs to the local aristocracy, and the other to a despised minority. Their stories unfold against the backdrop of the Kabul idyll, which is soon replaced by terrible storms. Each of the boys has his own destiny, but their bond is still as strong as in their childhood.
Buy
2131663
Share This Article